“We listened to our customers and pro anglers who told us they struggle in the dark trying to tie on lures, leaders, and organizing their tackle. We spent the last year developing a light that would fit on top of our powered stick and solve their problems,” said Christian Corley, the product developer and founder of YOLOtek™. “With over 500+ lumen it lights up your entire boat and perfect for night fishing too.”

POWERLight-53” ™ is made of aircraft grade aluminum that is beautifully anodized in YOLOtek™ green. Features include an adjustable beam with High, Medium, Low, Strobe (for dancing) & built-in S.O.S. for safety. Adjusts from 31.5” to 53” and when the sun comes out, swap the light for your GoPro and you are ready to film your adventures. Or use the available DoubleBarrel mount to use 2-Lights for over 1,000 lumen or 1-Light & 1-GoPro to keep filming when it starts to get dark.

Originally inspired by Corley’s father, Roger Corley, dead battery on his cell phone while fishing on his son Bryan’s boat has grown into a full product line to mount and power GoPro, VIRB, other action cameras and cell phones too. Roger just past away at 78 after 1.5 years of standing up to cancer, which included qualifying for the Central Regional Championship on Lake Guntersville, AL last year. 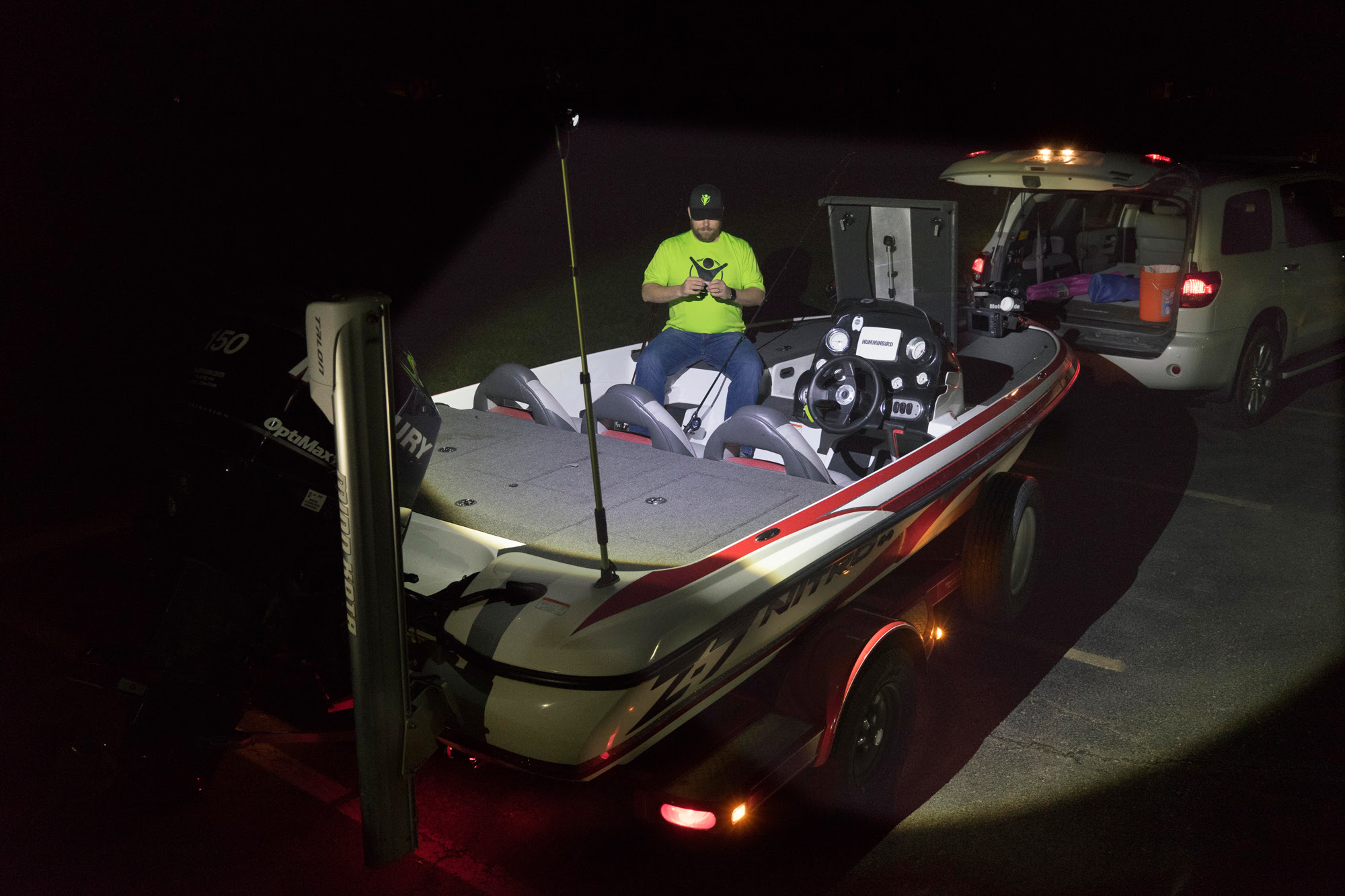 About YOLOtek:
YOLOtek™ was founded in August 2014 by Kansas City-based product creator Christian Corley whose original POWERStick-10” broke new ground in the fishing and boating industry by enabling boaters to hold and power their cell phones on millions of boats that don’t even have 12-volt chargers on the dash. YOLOtek’s second and third products, AquaStick and POWERStick-53”™, gained additional attention by adding the ability to securely mount and power GoPro, VIRB, and other action cameras. Now one of the most revolutionary companies in the industry YOLOtek continues to develop new products aimed at maximizing the boating video and photo experience and is endorsed by some of today’s top elite anglers and living legends Bill Dance, Jimmy Houston & Kevin VanDam. YOLOtek is the Official Power Mount Provider of Major League Fishing and FLW. To learn more about YOLOtek, please visit www.YOLOtek.com