VanDam Says Wind is Not your Friend

It was as though all the stars slept in on the final day of practice for the Bassmaster Elite Series presented by EconoLodge. The top-notch boat ramp that normally has 50 to 70 pros launching from it, only had eight at sunrise. 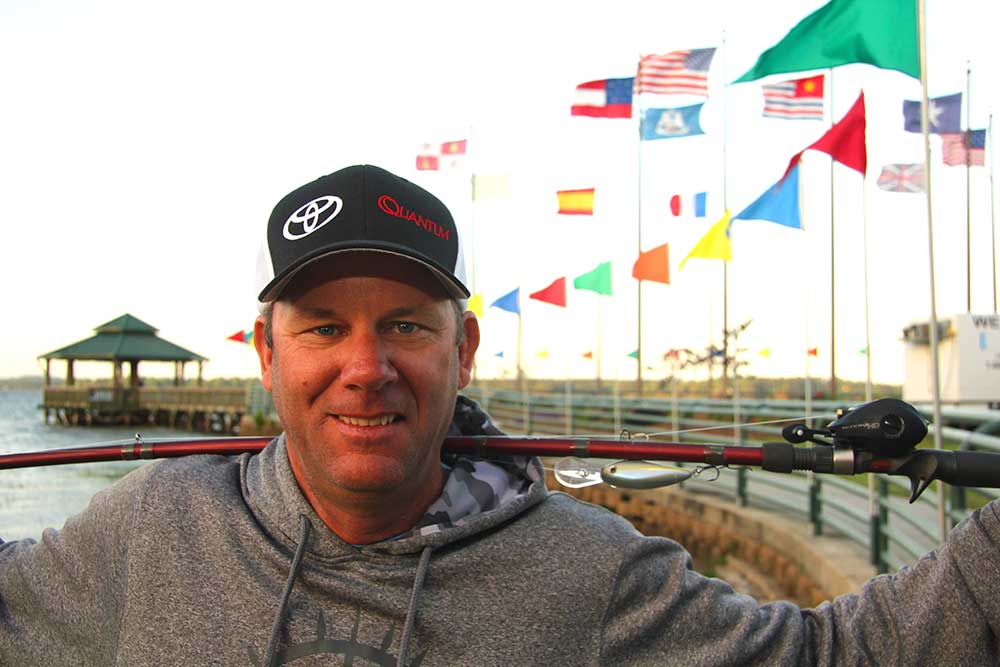 Gerald Swindle who is staying nearby, could be seen driving over the hill toward a far more distant ramp.

VanDam had barely put his Tundra in park when he warned, “Wind is not your friend on Toledo Bend.”

Keep in mind, VanDam likes this place. It’s only been 11 months since he deep-cranked 96-pounds of bass from its famed waters to take home the 21st victory of his unparalleled career, and yet another check for $100,000.

On Wednesday, his feelings weren’t quite as warm as winds stiffened the iconic flags that proudly decorate Cypress Bend Park.

“When I got out of bed and it was already blowing 25, I knew a lot of the shallow spots I’d want to check  had already been muddied up,” says VanDam. “When the wind gusts over 30 mph here – it’s just no fun – it’s dangerous actually.”

VanDam is right – in fact, a Lake Wind Advisory has been issued for Wednesday, warning pros and all boaters that not only had their favorite fishing holes been muddied, but also that being on the water might not be the brightest idea.

However, when you make your living by finding and catching bass, you seldom get the day off, and VanDam needs this day to learn more than what he gathered Monday and Tuesday.

“We’re here six weeks earlier than when I won last year. Those were all post-spawn fish that were grouped up in 25-feet of water last May. Right now, most fish are in the tail-end of the spawn and they haven’t all moved out deep to group up real good – so I’m still looking – and letting conditions dictate what I do,” explains VanDam.

The chance of Kevin VanDam winning on a deep school again are pretty slim, but that doesn’t mean he can’t seize victory with a mixed-bag of spawners and post-spawners. The good news is winds are forecasted to calm for Thursday’s first day of competition and that will allow for better sight fishing.

So while the winds may be blowing and he may have taken his time getting to the ramp this morning, the most dominant angler of the past 30 years is looking with rifle focus to calmer competition days and a shot to win once more.