VanDam Says Look for more Largemouth on the St. Lawrence

Much of the talk coming into the Bassmaster Elite on the St. Lawrence River centered on unusually high water on the massive seaway that connects the Great Lakes to the Atlantic Ocean.

However, Kevin VanDam says lofty water levels will only increase catches of largemouth from the 71-degree waters that create an aquatic buffet for up to 13 species of whales a couple hundred miles upriver from the Elite Series venue in Waddington, New York.

“Smallmouth definitely dominated and got the victory the last two times we competed here, but the high water we’re facing this week has sent far more largemouth shallow than what we’ve seen in the past,” says VanDam. “So largemouth will definitely play a bigger role in what guys will bring to the scales this year.”

Hence on the final day of practice, anglers must decide whether to focus on flippin’ and froggin’ for largemouth in the shallows, or draggin’ and droppin’ vertically for deeper water smallmouth on the main river.

As evidenced by the iconic soft plastic tube VanDam had tied to a Quantum Smoke spinning reel for dragging over deep water smallmouth, and in the other hand, a much contrasting swim jig for largemouth in the weedy shallows — rest assured, the 7-time Bassmaster Toyota Angler of the Year will prepare for both. 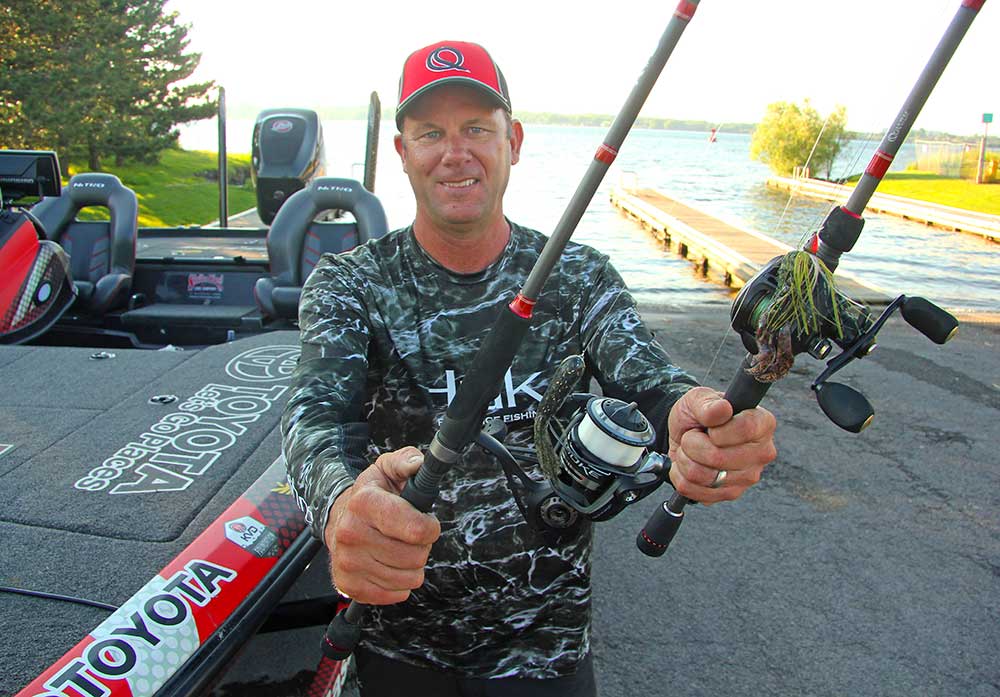