Kevin VanDam was the very last angler back to the boat ramp at the end of a brutally tough, rainy, high water, practice day on Tuesday at the Huk Bassmaster Elite at Upper Chesapeake Bay presented by Mossy Oak Fishing. 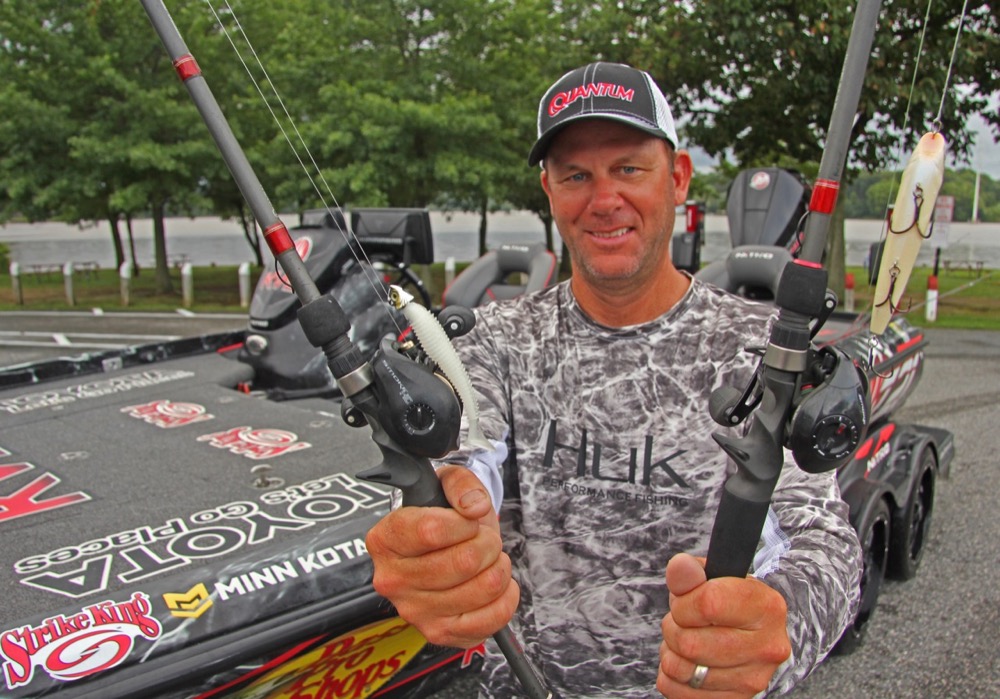 Fact is, with hints of a beard and wind blown hair, he even looked a bit like an old man of the sea here where the famed smallmouth waters of the Susquehanna River meet the Chesapeake Bay in America’s Mid Atlantic region.

But in typical VanDam fashion, his passion for fishing was still high, and the news he brought back to the dock was positive. Even on one of the more challenging days of his highly decorated career – VanDam still caught ‘em.

By his estimation, he set the hook 60 or 80 times, a bunch of them weighed 6 to 12 pounds. They bit swimbaits, Sexy Dawgs, and even topwater frogs. 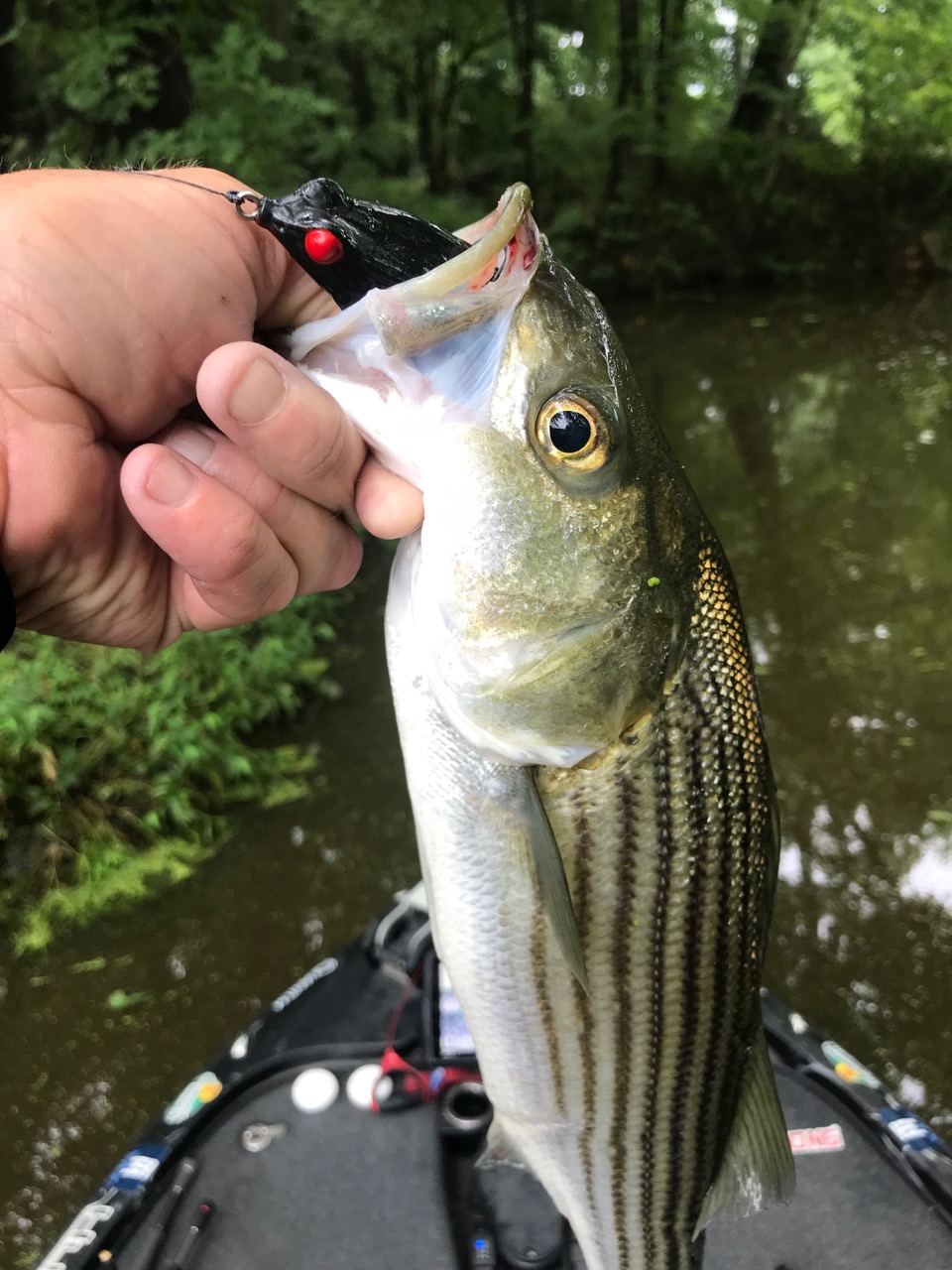 His biggest fish of the day was a 15 pounder.

There’s only one problem … VanDam was talking about striped bass, not largemouth or smallmouth.

“When I saw them (striped bass) schooling, as tough as the bass fishing had been all day, I couldn’t stand not to take advantage of an opportunity to set the hook,” says the career long Quantum pro.

“Shaw Grigsby and I sat on that massive school of stripers and absolutely wore ‘em out, to the point they pretty much wrecked all three hooks on my Sexy Dawg (topwater lure),” he grinned.

Striped bass (Morone saxatilis) serve as the State Fish of Maryland, and travel between coastal saltwater to spawn in freshwater rivers like those that decorate the shorelines of this week’s Elite Series event at Havre de Grace, MD, barely northeast of Baltimore.

As for the bass fishing, it’s tougher than Cal “The Iron Man” Ripken Jr.’s record of 2,632 consecutive major league games played, despite nagging injuries that are an apparent part of 21 seasons as a major leaguer.

Nearly 12-inches of rain have fallen since the Elite Series pros started practice in the region where Oriole and Raven fans call home. South winds off the Atlantic are pushing against the muddy waters flowing hard from the north to debacle most all major creeks where largemouth bass reside.

“Bites are far and few between here. It’s super tough,” says VanDam, who waded through floodwaters to back his Tundra down the ramp Tuesday. 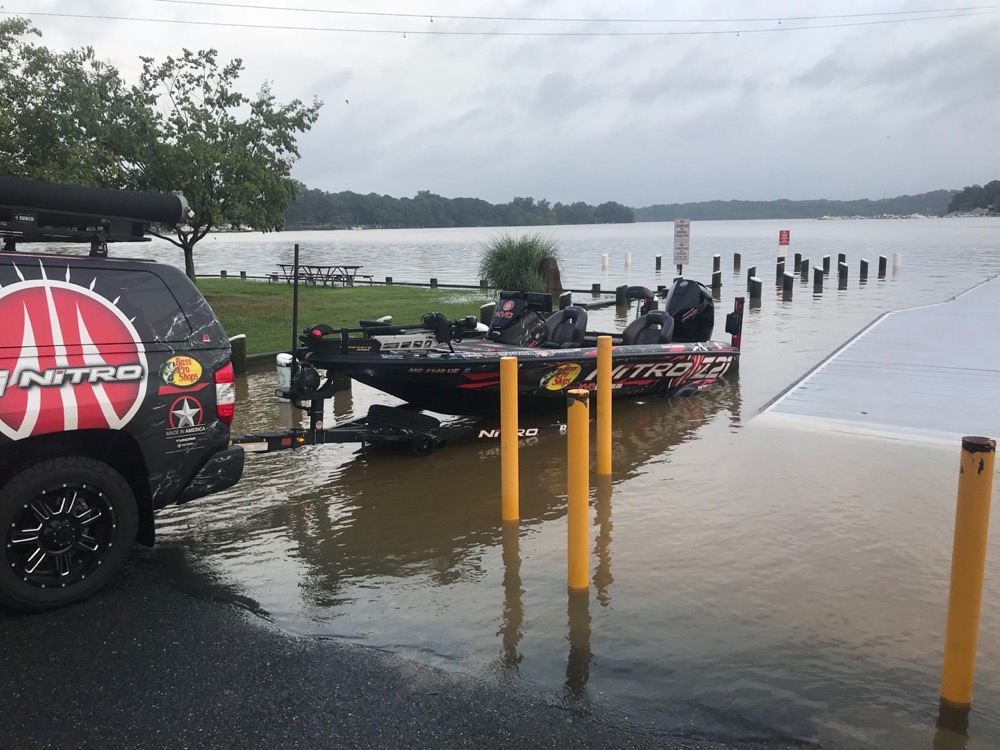 Bites are ‘far and few between’ unless you’re talking about striped bass, or as local anglers call them “rocks” or “rockfish” – both nicknames that seem highly fitting for a fishery as tough as the high and muddy Upper Chesapeake this week.