Two Lures Iaconelli Won’t Be Without in Winter

Maybe it’s because he played ice hockey from grade school through his sophomore year of college, or perhaps it’s because the former right winger grew up in the cold climate of the Philadelphia metro and is simply comfortable in frigid weather. 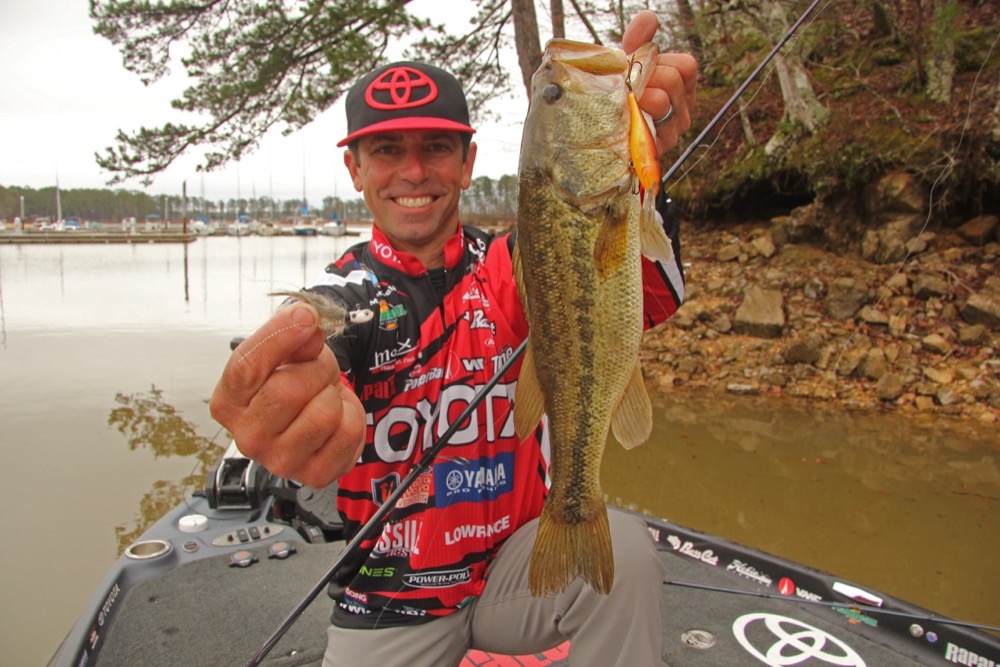 Whatever the case, whenever there’s a cold water tournament, Mike Iaconelli is always a good choice for your fantasy fishing team. The animated Toyota pro always seems to excel in cold weather derbies — and there are two lures he never leaves home without when water temps are below 50 degrees.

“I’ve had a Rapala Shad Rap tied on in every winter tournament I’ve ever fished in my life, for as long as I can ever remember. You just don’t leave home without that lure in winter,” says an adamant Iaconelli.

“I think there are two reasons why a Shad Rap works so well in really cold water — it has a super tight wiggle and it’s silent – both of those qualities are a good match to the natural shad population that is super lethargic or close to dying in winter,” he says.

Iaconelli packs two colors of Shad Raps – craw colors and shad colors – but where he differs from most anglers is that he travels with a wide variety of sizes of the famed lure.

While most anglers carry only the size 5 or 7 Shad Rap, “Ike” carries much larger ones too in order to match all desired depths, and typically ties all of them to 6-pound fluorocarbon on a spinning reel.

“I carry the size 5 for depths around 4’, the size 7 and 8 for depths of 6 to 10’ – and I also carry the really large size 9 Shad Rap that very few people carry in order to reach depths of 10’ or more,” grins Ike, when talking about the rare super-sized Raps.

The sight of pro angling’s most amped-up angler fishing a hair jig sized similar to a fathead minnow, and nearly too small for a camera to find focus on, seems to be a bit of a paradox, sort of like a Philly Eagles offensive lineman leaning on a Happy Meal for dinner.

“This doesn’t get talked about much – but I’m a huge believer in a hair jig,” Iaconelli confesses. “It’s about the most silent and stealthy lure you can tie on – and when fish are super lethargic on the bottom or suspended, and seemingly impossible to catch in winter – this is the lure I tie on – and I’ll take it over a Damiki rig every time.”

“It takes forever to fall to the bottom in 30 or 40 feet of water, even on 6-pound fluorocarbon, but a 1/8-ounce hair jig is absolutely the lure I have the most confidence in when winter bass are suspended, or lethargic on the bottom,” says Ike, who notched another top finish using both of these two most trusted winter lures in the cold waters of the recent Bassmaster Elite on Lake Martin.

Get all the gear you need to fish like IKE here.