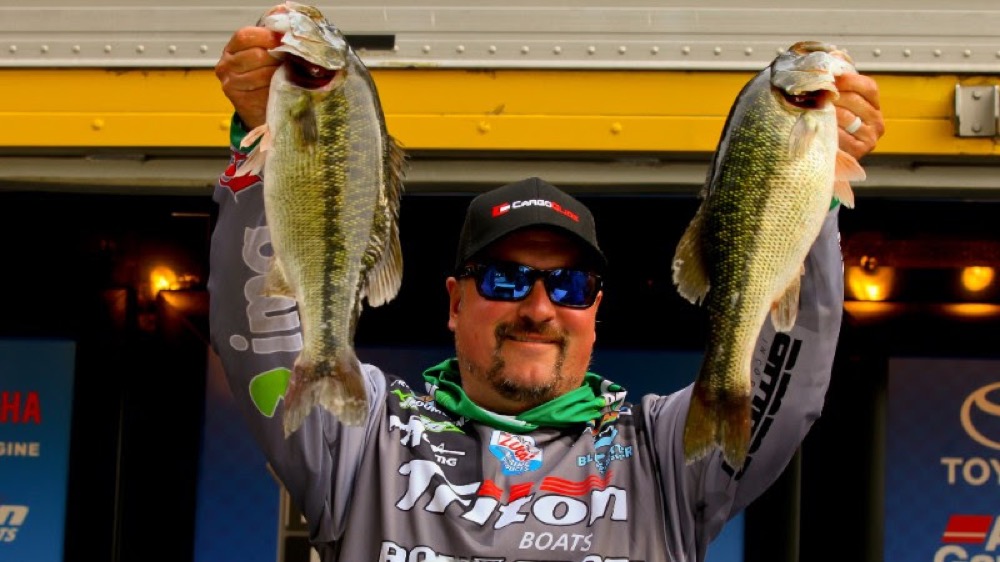 ELIJAY, Ga. — The first round of the Mossy Oak Fishing Bassmaster Classic Bracket on Carters Lake was a one-day tournament to determine the seeding for three separate competitions that will each send an angler to the 2019 Bassmaster Classic presented by DICK’S Sporting Goods.

With that one-day tournament in the history books, the stakes will now get higher every moment until the Classic Bracket concludes Friday.

“Today’s goal was just to advance,” said Hanselman, of Del Rio, Texas. “I just wanted to try and fish clean and make sure I made it into that Top 12. I figured a little something out (during Monday’s practice round), and it helped me today. But there aren’t a whole lot of places to do it on this lake.”

Wednesday’s weights will carry over to Thursday when the morning and evening lineups will be flipped. After Thursday’s round of 12, the six advancing anglers will fish head-to-head on Friday with their weights back at zero once again.

Friday’s three winners will advance to the Classic.

Carters Lake is a 3,200-acre highland reservoir known for big spotted bass that gorge themselves on the lake’s abundant population of blueback herring. Schools of herring sometimes cause the bass to congregate in large numbers along the surface, allowing anglers to catch big limits quickly.

But that wasn’t the case for most of the 15-angler field Tuesday.

“I didn’t get too many bites out there today,” said Elite Series pro Keith Combs of Texas. “But when I did get them, they were good ones. I usually try to cover a lot of water. But today I kind of punted on that, and at least it got me the five fish I needed.”

Chad Pipkens, an Elite Series angler from Michigan, said the lake could change a lot during the next three days.

“It’s anybody’s game out there,” he said. “The fish are moving around so much. I think I caught one bass today where I caught them in practice.”

Pipkens said having only three hours to fish the next three days will make things tough.

“I tried to learn a little bit more today and add that to what I learned in practice,” he said. “You’ve just got to put your bait in places where they live — and with only three hours to fish, you’ll have to do it right away.”

Since B.A.S.S. is using a catch-weigh-release format for the event, there will be no weigh-ins the rest of the week. All fish will be weighed by onboard judges and released immediately.

All of the action will be carried live on Bassmaster.com.