Heavy clouds and air temps in the low 80s at Lake Tenkiller were a welcomed reprieve from a sweaty week thus far on the clear water mountainous reservoir that’s been very stingy to give up 5-bass limits for most teams during practice for the Carhartt Bassmaster College Series National Championship presented by Bass Pro Shops. 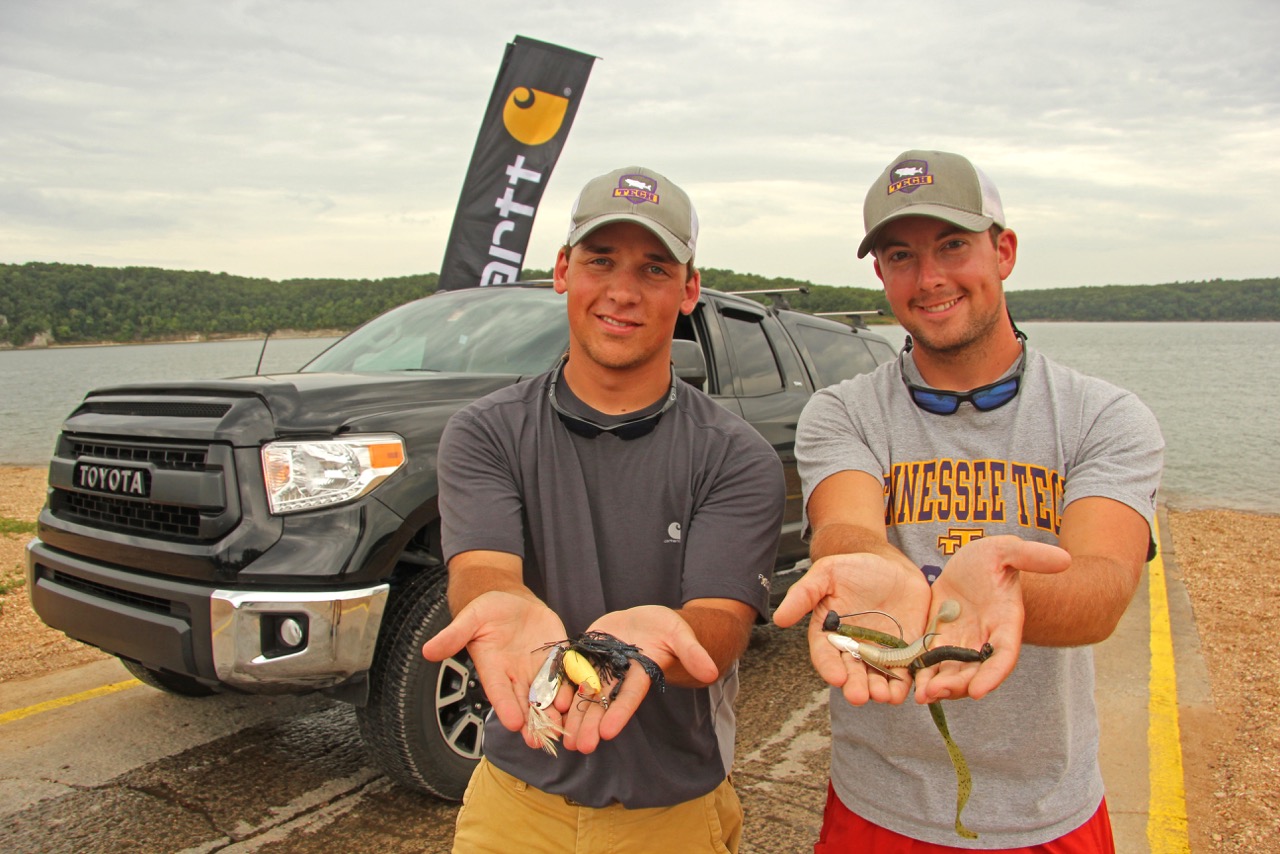 Two of the talented young anglers that are feeling the approaching 100-degree heat and a lack of bites are Josh Bean and Caden Watson, who piloted their Toyota Tundra 12 hours from Tennessee Tech, where Bean is studying wildlife and fisheries, and Watson is a civil engineering major.

“We’ve talked to 20 or 30 other teams, and they all say it’s a grind. Not one of those teams told us they were able to catch a limit of bass during any of the practice days so far,” says Bean.

Bean and Watson’s struggles certainly aren’t a result of not working hard, or exploring just about every depth and logical mid-summer lure in the boat.

“We’ve fished from 5 to 60’ feet deep, and thrown everything from football jigs, to Whopper Ploppers, flutter spoons, swimbaits, and a big worm, and still haven’t caught a limit of bass,” says Watson.

No strangers to deep, rocky, relatively clear water reservoirs, the two qualified for this week’s Carhartt Bassmaster National Championship by catching their fish on a drop shot at Cherokee Lake near the Smokey Mountains in East Tennessee.

“Surprisingly, we actually caught more fish yesterday when it was sunny, than we did today under the clouds. Typically, you’d expect just the opposite on a clear water reservoir, but I think the fish roam more to chase bait here under these clouds,” says Watson.

If sunshine will help the bite, Watson and Bean can count on their catch rates to improve. Forecasts are calling for temps of 100, 104, and 100 the next three days on Lake Tenkiller, with hardly any clouds and light winds.

That’s a recipe that typically means you better catch ‘em really early in the morning, have plenty of ice in your livewells and boat cooler, lots of water to drink, and a mental focus as rock solid as Tenkiller’s shoreline to do well in this particular college derby.

Certainly, if practice is any indication, this one’s gonna be a smokin’ hot grind for the 136 talented teams from 78 different colleges and universities that are in Eastern Oklahoma working hard and pursuing their passion in triple digit heat.