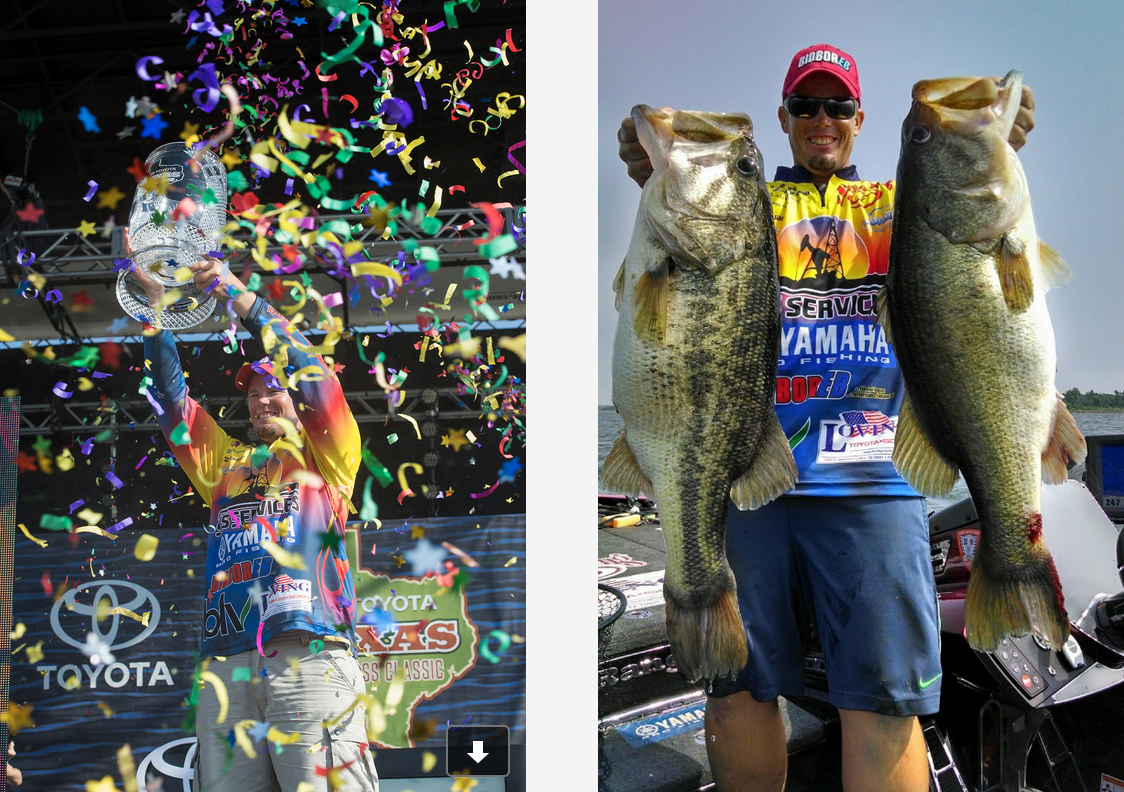 BIRMINGHAM, Ala. — Giant bass and record-breaking limits are predicted for the third Toyota Bassmaster Texas Fest benefiting Texas Parks and Wildlife Department to be held next spring on the legendary Lake Fork near Emory, Texas, B.A.S.S. announced today.

The tournament will pay $1 million to the top-ranked professional anglers competing in the event, including a Toyota Tundra pickup truck awarded to the one who weighs in the heaviest bass of the event.

The event is one of nine regular-season tournaments in 2019 in the Bassmaster Elite Series, the world’s most prestigious professional bass fishing circuit. It will be held May 2-6 on the 27,000-acre east Texas impoundment of the Sabine River.

“Fishing could be off the charts at that time,” said Dave Terre, chief of Inland Fisheries Management and Research for the Texas Parks and Wildlife Department.

Terre noted that Texas Fest is being held at approximately the same time as the 2014 Toyota Texas Bass Classic event — a predecessor of Texas Fest — that established catch records for bass tournaments. Keith Combs of Huntington, Texas, won that event with a three-day, 15-bass total of 110 pounds.

“To get 100 pounds in four days is a major accomplishment, and to do it in three is unheard of,” said Combs. “It’s nothing about the angler, but it’s a testament to this lake.”

Stetson Blaylock, who, like Combs, is an Elite Series angler, also joined the Century Club in that event with 102-8. In addition, Combs weighed in a 42-pound limit of five bass one of the days, and his catch included a 10-14 largemouth.

“This outstanding bass fishery is the result of progressive fisheries management practices by TPWD and its partners over the past 38 years,” Terre added. “The opportunity to showcase this world-class bass fishery on the Bassmaster stage, with a special tournament format we helped create, is something really special.”

Lake Fork would not be suitable for a traditional bass tournament because of its restrictive slot limit, which requires anglers to release bass between 16 inches and 24 inches in length and limits them to only one bass per day more than 24 inches long.

“To comply with the slot limit regulation and to minimize handling stress on bass, TPWD will work with B.A.S.S. to use the ‘catch-weigh-immediate release’ tournament format that was originally born at the Toyota Texas Bass Classic at Lake Fork in 2007,” said Terre. “I think we could see record-setting catches of giant-size bass in 2019. These are the fish that have made Lake Fork a top destination for bass fishing for decades.”

Under the format, which was also used in previous Texas Fest events at Sam Rayburn Reservoir and Lake Travis, a judge in each competitor’s boat weighs and records the official weight of each bass caught. All bass are immediately released except for one fish over the slot, which can be taken back to the Texas Fest weigh-in stage to show off to fans.

“B.A.S.S. and the Bassmaster Elite Series anglers have long wanted to conduct an Elite event on Lake Fork, which is a bucket-list fishery for bass anglers worldwide,” said Bruce Akin, CEO of the 500,000-member B.A.S.S. organization. “The innovative catch-weigh-release format — along with the support of Gulf States Toyota, Texas Parks and Wildlife and the family of B.A.S.S. sponsors — enables us to finally show what Lake Fork is capable of producing. We can’t wait to go there.”

“We are proud to once again present the 2019 Toyota Bassmaster Texas Fest benefiting Texas Parks and Wildlife, which showcases the great Texas outdoors,” said Cindy Hamrick, Gulf States Toyota’s vice president of marketing.  “Our continued partnership with the Texas Parks and Wildlife Department allows them to offer the Toyota ShareLunker Program and a number of youth and urban outreach programs.”

The full field of Elite Series anglers, who must earn the right to compete on the circuit through the Bass Pro Shops Bassmaster Opens and other qualifying events, will fish Thursday and Friday, May 2-3, to accumulate the heaviest five-bass daily limits. Anglers will take a break on Saturday, May 4, for a special Fan Appreciation Day festivities, including Bassmaster University seminars, the Bassmaster Outdoors Expo and the annual Bassmaster High School All-American Fishing Team Tournament. Top-ranked anglers after two competition days will fish Fork in the semifinal round on Sunday, May 5, and the Top 12 will compete on Championship Monday, May 6.

Impounded in 1980, Fork holds the state bass record of 18.18 pounds, and it produced 30 of Texas’ Top 50 largemouth bass and seven of the Top 10. It dominates the list of Texas lakes that have produced 13-pound “Legacy” bass entered in the Toyota ShareLunker program. Including three giants this spring, Fork has yielded 260 “teen” bass over the years, or 45 percent of the total ShareLunker Legacy entries statewide.

“A coalition of community organizations is proud to have the opportunity to host such a premier event as the Bassmaster Elite Series Tournament benefiting Texas Parks and Wildlife, which has committed so much time and resources to Lake Fork to make it what it is today. Lake Fork is the destination for fishermen from all over the world because of their efforts. All we can say is, ‘Welcome to Lake Fork, Bassmaster, Toyota and Texas Parks and Wildlife.’”

In addition to the Lake Fork Chamber, the Wood County Industrial Commission and Emory, TX Tourism are hosting the Texas Fest event.

The event will be covered in real time on Bassmaster LIVE programming on Bassmaster.com and WatchESPN and in a special episode of The Bassmasters television program to be aired later on ESPN2 and ESPN Classic.