PARIS, Tenn. (Nov. 2, 2017) – Pro Bryan Thrift of Shelby, North Carolina, caught a five-bass limit weighing 27 pounds, 8 ounces, Thursday to grab the early lead after Day One of the Costa FLW Series Championship on Kentucky Lake. Thrift will bring a sizable 7-pound, 1-ounce, advantage into Day Two of the three-day event, hosted by Henry County Tourism Authority, that features anglers from across the world casting for a $95,000 prize package in the Pro Division, including a new Ranger Z518C boat with a 200-horsepower Evinrude outboard and automatic qualification to the 2018 Forrest Wood Cup – the world championship of bass fishing. 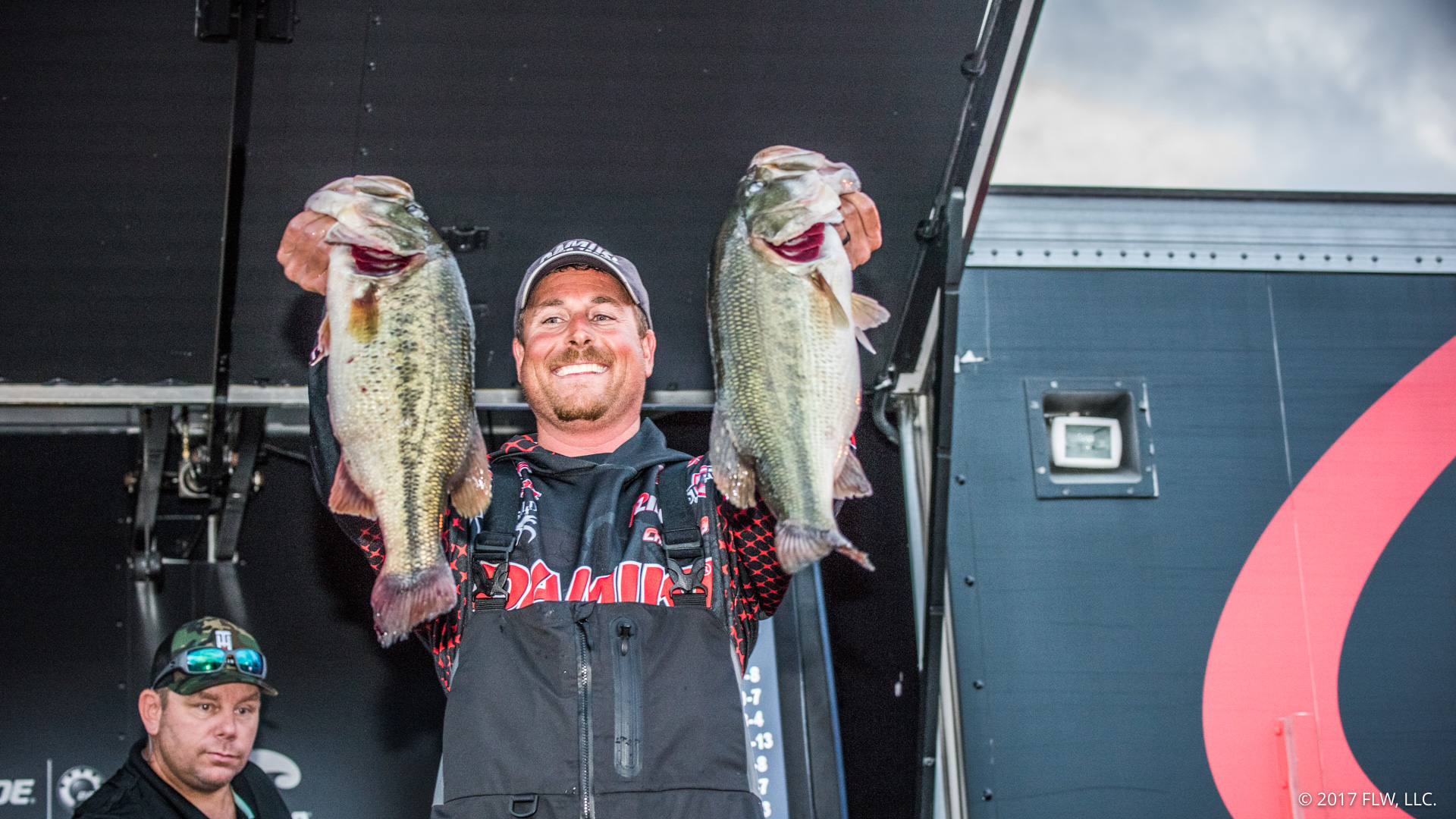 For most of the pro field, Kentucky Lake fished tough. Only 30 anglers were able to bring a five-bass limit to the scale, and only two breached the 20-pound mark. Thrift’s day didn’t start strong, but he eventually got the right bites to rally ahead of the pack.

“It went a whole lot better than I thought it was going to go. Twenty pounds better,” said Thrift, the reigning 2017 FLW Tour Angler of the Year who qualified for the event through the FLW Series Southeastern Division. “I finally started getting a few bites mid-morning. My catches were scattered – one here, one there. I feel like I may have figured a little something out. I’m not totally convinced yet, but I feel like I’m close.”

Thrift fished on the southern end of the lake from Paris to New Johnsonville, and said that he caught his keepers on two different baits.

“The fish I caught today were from stuff I hadn’t fished in practice,” said Thrift. “I caught one keeper from a place I’d fished in practice, and after that it was a grind. I was legitimately worried about catching keepers – it was that tough.”

The top 10 boaters after Day One of competition on Kentucky Lake are:

A complete list of results can be found at FLWFishing.com.

Competitors qualified for the Costa FLW Series Championship through five U.S. divisions – Central, Northern, Southeastern, Southwestern and Western – and an International division that features anglers from Canada, China, Mexico, South Africa and South Korea. The highest finishing pro from each U.S. division and the International division will qualify for the 2018 Forrest Wood Cup, along with the overall top five finishers not already selected as the highest finisher of a division. A total of 11 FLW Series boaters will advance to the 2018 Forrest Wood Cup.

The day one leaders from each division are:

The top 10 co-anglers on Kentucky Lake are:

Co-anglers are casting this week for a top award of a Ranger Z175 boat with a 90-horsepower Evinrude outboard and $5,000 if Ranger Cup guidelines are met.

Anglers will take off from Paris Landing State Park, located at 16055 Highway 79 N. in Buchanan, Tennessee, at 7:30 a.m. CDT Friday and Saturday. Weigh-ins will be held at the state park beginning at 3:30 p.m. each day. Takeoffs and weigh-ins are free and open to the public.

For complete details and updated information visit FLWFishing.com. For regular updates, photos, tournament news and more, follow the Costa FLW Series on Facebook at Facebook.com/FLWFishing and on Twitter at Twitter.com/FLWFishing.