Team Toyota’s Matt Arey was one of the last people to pull out of the boat ramp parking lot Tuesday night after concluding his second day of practice on Santee Cooper Lakes. The massive, predominately shallow fishery provides the playing field for the 7th stop of the 2020 Bassmaster Elite Series Season here in Clarendon County, South Carolina. 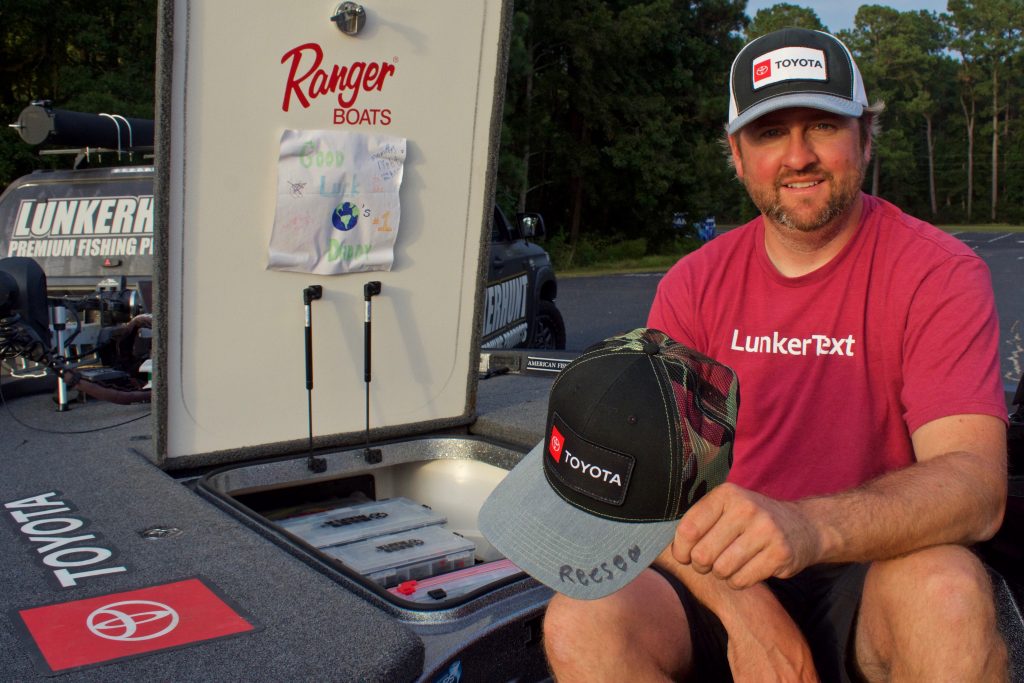 Arey was doing a bit of head scratching as he re-tied and put away equipment in preparation for his final half day of practice. While he may live just over three hours from Santee Cooper, Arey was quick to admit he’s only fished these waters three times in his life, and they were all in April.

“The good news is, this is Santee Cooper, and some giant bass will be brought to the scales this week,” Arey offered. “The bad news is the big bites have been few and far between for me. But admittedly I’m usually in a deer stand this time of year, not hunting for big Santee bass. Maybe I am missing something.”

Santee Cooper may not have a special place in his heart just yet, but Arey does have three ladies in his life providing some extra incentive to make Saturday’s top 40 cut here in South Carolina.

“His girls”; a.k.a. wife Emily, and daughters Reese (8 years old) and Wren (3 years old). Their Shelby, North Carolina home is a reasonable drive away and they plan on making the trip south if he qualifies for the weekend cut.

Reese, Wren, and Emily made the drawing you see hanging in the center storage compartment of his Ranger Boat in the photo above. They draw one for him every year and while he takes the picture with him everyday on the water; there is nothing like having his family in town for a tournament.

“Those girls are my whole world,” Arey beamed. “I want to perform well here for all the obvious reasons like money and getting closer to the Classic, but a visit from my girls means every bit as much.”

Arey currently sits in 11th place of the Bassmaster Angler of the Year standings, in great position to qualify for his second Bassmaster Classic in as many years, which was his number one goal starting the 2020 season.

But for now that long-term goal is being replaced with a short-term goal, so he can see his girls this weekend and keep a promise made to his 8-year old.

“My daughter Reese has been on me about wanting to autograph something,” Arey said with a laugh. “So I did what any Dad would do and asked her to sign my favorite hat (pictured above). She obliged and I promised her I’d wear it if I made the top 40 cut. I guess I have a lot of reasons to keep fishing through Saturday this week.”

Hopefully Arey catches enough weight throughout the first two days of competition it merits his girls piling into their Toyota Sequoia and heading south. Who knows, maybe Reese can even help her dad sign a few more autographs at the John C. Land III Sport Fishing Facility this weekend… her patented tiny heart included.