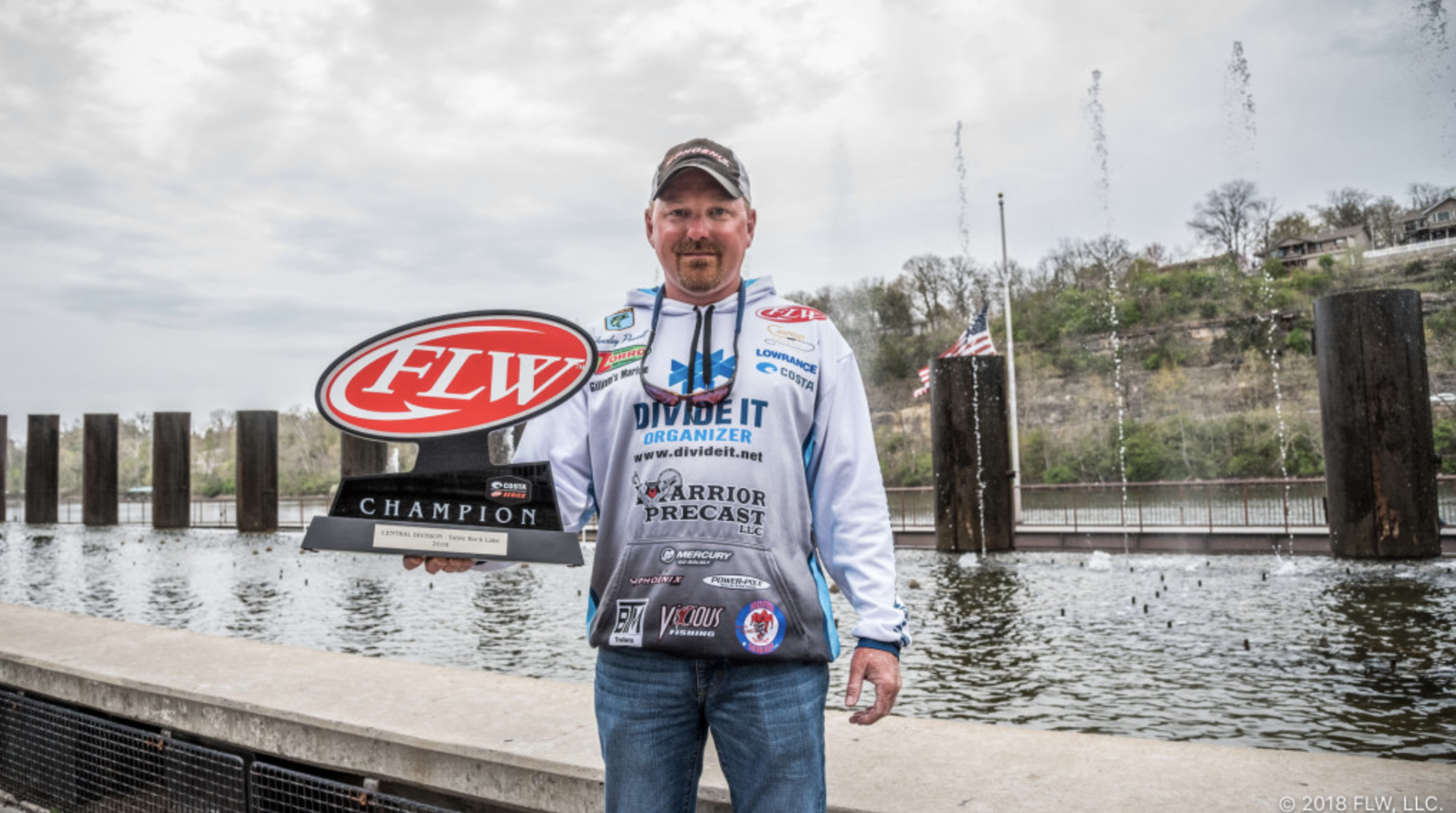 Powell spent the majority of the event fishing the backs of pockets on the White River. He said he used an umbrella rig with White Ice-colored Zoom Swimmin’ Super Fluke Jr. soft jerkbaits to work through 30 to 35 pockets a day, catching smallmouth, largemouth and spotted bass in the process.

“I threw an umbrella rig the entire tournament and a Strike King jerkbait maybe a dozen or so times when I was in clearer water,” said Powell, who notched his first career win in FLW competition. “For me, it was more about where the fish were this week. In practice I figured out that they were in the back third of the pockets, in 8 to 12 feet of water. Even the spotted bass and smallmouth were up there staging to spawn, and that’s where the majority of the largemouth were.”

Powell said he was able to catch plenty fish in each of his areas, but their weight gradually decreased throughout the event.

“I thought this front we had would make the big ones bite again, but it didn’t,” said Powell.

Powell credited his 7-foot, 6-inch heavy-action Cashion rod with being his most beneficial piece of equipment. He said it provided the sensitivity he needed to feel the bites.

“I could feel the largemouth as they were about to bite the bait and I was able to keep it with them. I could feel them come up behind it and push it. When they did that, I would speed it up a little bit, slow down and then they’d eat it.”

Hansen weighed a 7-pound, 3-ounce bass Friday – the biggest of the tournament in the Pro Division. For his catch, Hansen earned the day’s Boater Big Bass award of $300.

Chad Allison of Carl Junction, Missouri, won the Co-angler Division and a Ranger Z175 with a 90-horsepower outboard motor. Allison earned his win with a three-day cumulative catch of 14 bass weighing 39 pounds, 10 ounces.

John Fuller of Salem, Arkansas, caught the biggest bass of the tournament in the Co-angler Division Friday, a fish weighing 6 pounds, 4 ounces that earned him the day’s Co-angler Big Bass award of $200.