One year ago in mid-September, Gerald Swindle became only the 11th professional bass angler in history to win more than one Toyota Bassmaster Angler of the Year title when he hauled home the coveted trophy to Alabama from Lake Mille Lacs, Minnesota. 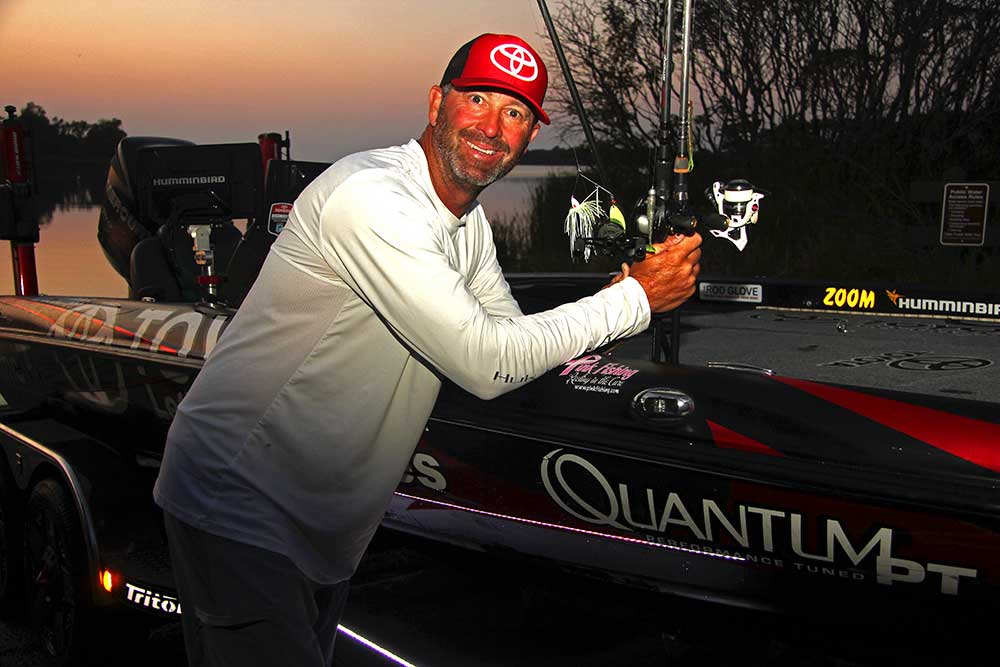 He’s back at Mille Lacs this week for the same event, and he sits solidly near the top of the year-end points race in 14th place. He graciously took time at the end of a long practice day, on a mosquito laden boat ramp, to reflect on memories of Mille Lacs last year, as well as the challenges and triumphs he’s experienced since.

When you reflect back on Mille Lacs a year ago, what do you remember most?

“There are a couple things that stand out. First, was just physically touching that trophy, and all the emotion tied to finally knowing it was mine, but also how much pressure “Lulu” and I dealt with that week, and the toll it took on her and me,” he reflects. “I think she wore out two pair of blue jeans that week praying. There was definitely a serious feeling of relief when that week was finally over.”

Soon after winning the AOY title, and being at the sport’s pinnacle, you found yourself in a hospital bed facing deeply concerning and unexpected complications from what was expected to be a fairly routine knee surgery – how are your knees doing now?

“They’re pretty good. I’d say they’re at 85% compared to about 40% and a whole lot of Advil this time last year,” grinned the Quantum pro.

What’s the coolest thing that’s happened to your life as a direct result of being the reigning Toyota Bassmaster Angler of the Year?

“No huge changes, really. The big things have never really jumped out at me – it’s the smaller but hugely meaningful things that go a long way with me, like kids writing me letters, or the custom guitar made for me by Duane Calkins’ woodshop class that I love the most,” says Swindle.

You’ve had another awesome season this year, what’s been the biggest key to keeping you atop your game?

“I think we’ve focused even more on fishing this year. I mean, we’ve worked hard for our sponsors off the water, but we’ve tried even harder to keep our eye on the ball, and focused on the game itself,” says the Lake Guntersville resident.

Let’s talk about this week. Give us the unfiltered “G-Man” pregame analysis of what fans can expect this week on Mille Lacs.

“I think you’ll see a lot of decent weights again. But like an Alabama football score, just because the numbers on the scoreboard indicate a big win, doesn’t mean the game itself won’t be a grind,” says Swindle. “You’ll see a few 25-pound bags, but not as many as last year. There seems to be an algae bloom that’s making the water a bit cloudier, and with smallmouth being such sight-oriented feeders, I think it’s slowed the bite down just a little. I think a 23-pound per day average can win this week.”