Sumrall Went from Laid-Off, to Elite Series Rookie Pro in one Afternoon

Leveraged by the magical fate of a few good topwater bites, Caleb Sumrall went from a recently laid-off father of two, to a B.A.S.S. Nation National Champion, and then the last guy invited to join the Bassmaster Elite Series in 2018. 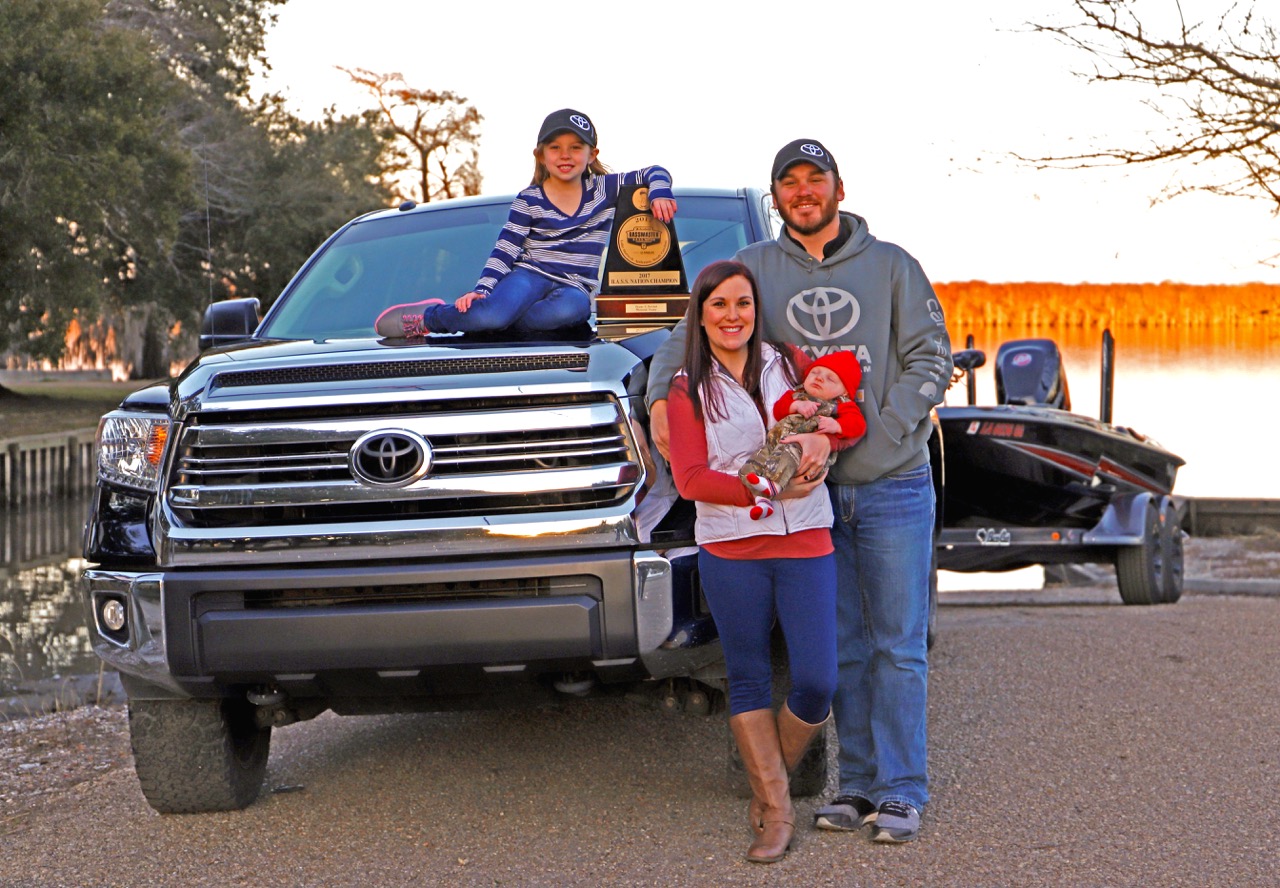 With roughly $40,000 in ‘start-up’ money from his B.A.S.S. Nation National Champion win, he accepted the lofty and rather intimidating invitation to launch a pro career, but with two young children, and a stay-at-home wife, forty grand is only about half the required funding to cover entry fees, boat gas, and travel.

“At one afternoon weigh-in back in October, I went from thinking I might finish second, have to sell my boat, and hurry to find a new job, to being a National Champion and a Bassmaster Classic qualifier, with a chance start the pro career I’ve dreamed about forever,” says the highly likeable and humble, 30-year old from Southern Louisiana.

The Sumralls are all-in. Soon Caleb, wife Jacie, and their two young children will tour the country in a Toyota Tundra, towing a BassCat, and trying to run down a dream.

They’re pushing all the chips to the middle of the table, and instead of laboring for the oil field company, where for 12 years he steadily progressed from turning wrenches to managing a maintenance area, he’s now working daily to secure more sponsorship dollars and fill his 2018 calendar with detailed tournament travel plans.

Sumrall says his Toyota CrewMax, and the thousands of Bonus Bucks dollars he’s won fishing amateur tournaments to this point, are more than a just another truck and some pocket change, and instead, a means to travel with his family, and significantly offset the unnerving expenses he facing.

“There’s a lot of things I love about my Tundra, but if I had to pick one feature I love most, I’d tell you it’s the huge amount of space in the back seat of my CrewMax, because it allows us to travel as a family with a lot more space and comfort,” says Sumrall.

While winning the B.A.S.S. Nation National Championship paid him $5,000 in Toyota contingency cash, he also won a lot of Toyota Bonus Bucks prior to that in American Bass Angler events too, and every bit of that money is playing a significant role to launching a pro career right now.

The odds are high, the costs are steep, but Caleb Sumrall is a special talent. Still very young, and most at home punching hay grass or hyacinth matts with an ounce and quarter weighted Missile Baits D Bomb, he proved he can win in clear water with a topwater and a drop shot too. He also plans to earn extra money and experience between Elite Series tournaments guiding with highly respected Toledo Bend guide Darold Gleason.

“Even though I’m super nervous about all the unknowns of being a rookie on the Elites, I’ll tell you, I don’t wanna be a one-and-done on the Elites. I want to be around for a really long time,” says Sumrall.

Guess what? The win with a drop shot and topwater came on Lake Hartwell, home to this year’s Bassmaster Classic in late March, where Sumrall will have a chance to win $300,000.

Don’t bet against him.

You don’t have to be a rookie pro like Caleb to win the “Bonus Bucks” – you just have to be a registered participant in the Toyota Bonus Bucks program, and be the highest-placing participant in any of the dozens of tournaments supported by the program. To learn more and get signed-up, please visit http://www.toyotatrucksbonusbucks.com/ or phone (918) 742-6424, and ask for Jessica or Kendell and they can also help you get signed-up.