Scroggins Held Together with Duct Tape At Toledo Bend

Before he became a full-time pro, Terry Scroggins spent 16 years piecing wrecked cars back together in the family auto body business.

But during day one of competition at the Bassmaster Elite Series event on Toledo Bend – it was Scroggins that had to be held together. And like any ingenious American male – he relied on duct tape.

First – for his left knee – then for his shorts. 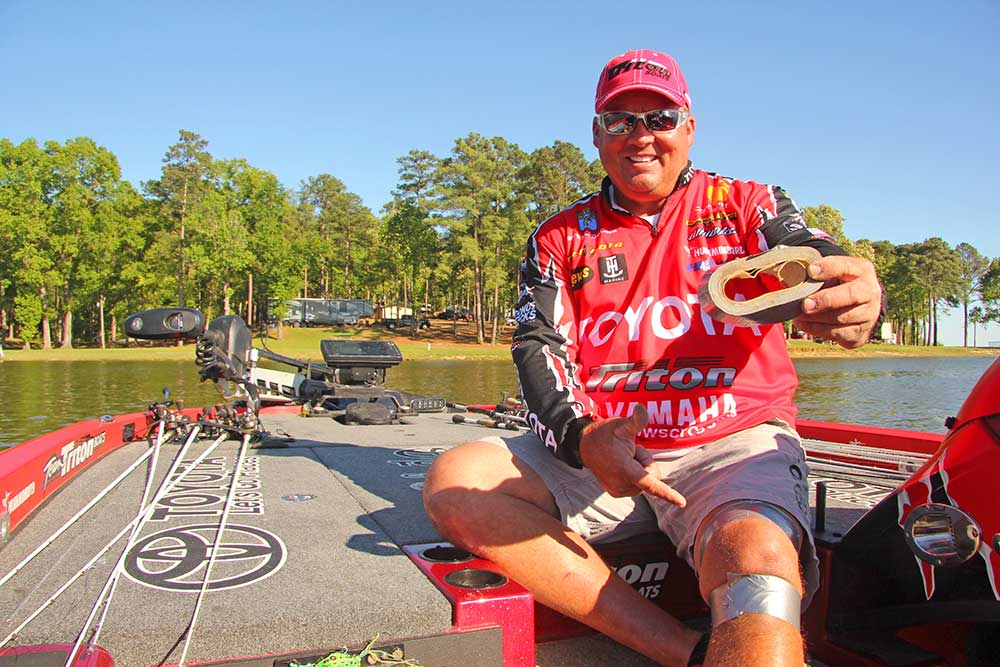 “I’m not sure why, but my knee was hurting when I got out of bed this morning, so when I bumped into Bassmaster writer Steve Bowman at the gas station before launch, I asked him if he had any tape – and he gave me a roll of duct tape,” says the Team Toyota pro.

“It worked great – the pain went away instantly as soon as I taped it up,” grinned Scroggins. “Look here, I’ve had knee braces before, and this is the best knee brace I’ve ever had.”

Soon after, the need for duct tape migrated north from his knee to the butt of his favorite Carhartt shorts after jerking a hook free from their hardy fabric. 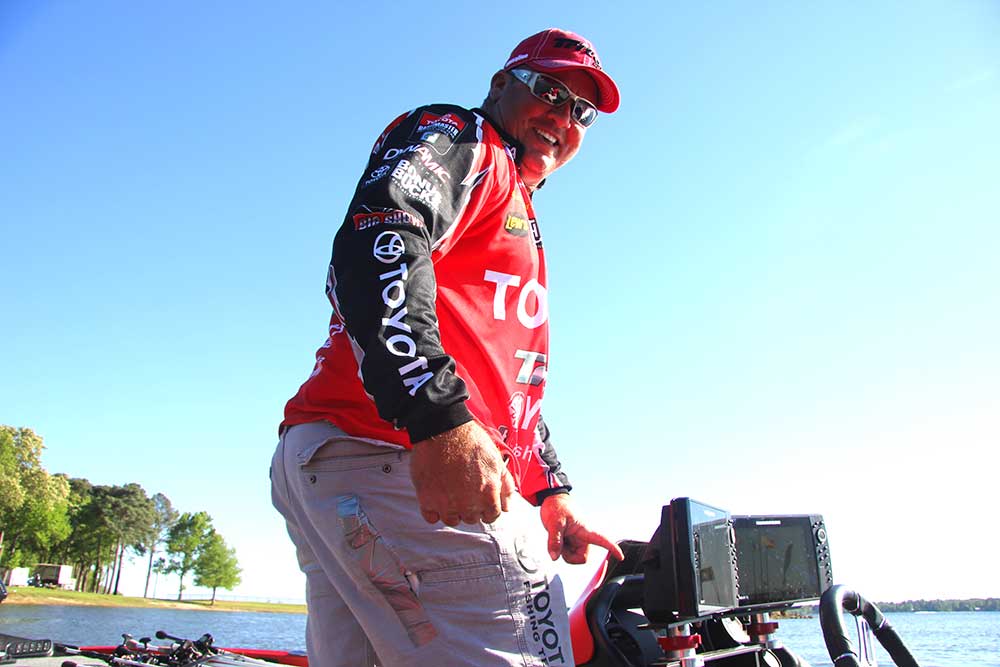 “I tore ‘em up pretty good getting that hook out of them, and I couldn’t cross the weigh-in stage with my undershorts hanging out, so the duct tape came in handy again,” laughed Scroggins.

Handy indeed. Scroggins put a 13-pound limit on the scales – and sits 49th – thanks to duct tape.