Between bites of BBQ chicken, we caught up with Terry “Big Show” Scroggins, along with Jordan and Matt Lee, to learn what to expect from the fabulous fishery this week. 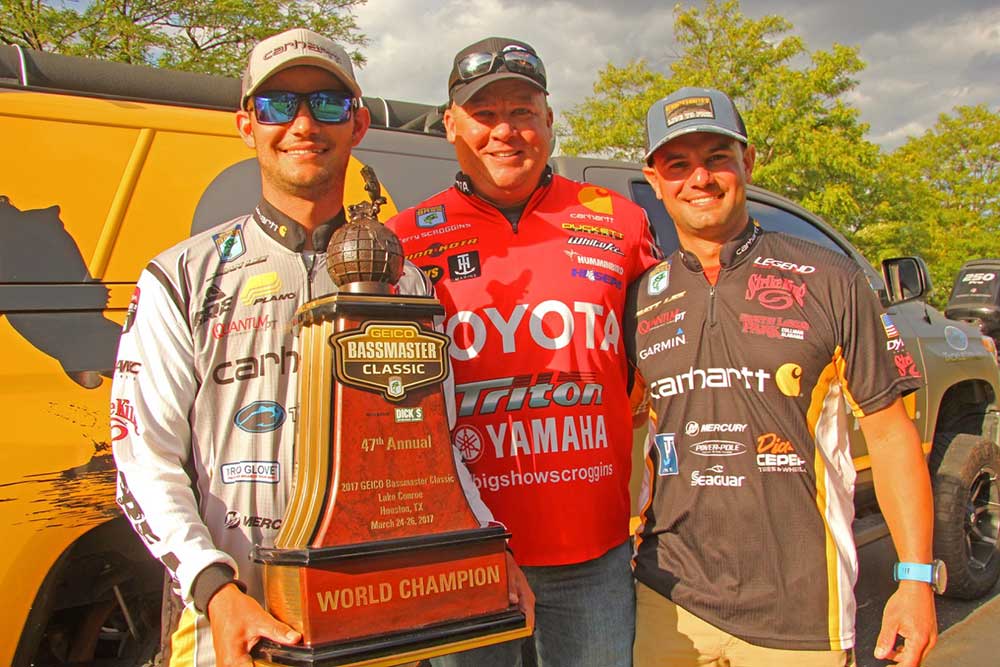 What will be the toughest challenge of this week’s tournament on Lake St. Clair?
Jordan Lee: Staying in productive areas, because the smallmouth don’t seem to be as grouped-up as I wish they were.
Matt Lee: Getting around schools versus single fish here and there.
Scroggins: The wind. It’s been big time rough water out there in practice.

What do you love most about Lake St. Clair?
Jordan Lee: The weather up here is awesome compared to the Deep South in late August.
Matt Lee: The number of fish per surface acre is as good or better than anywhere I’ve ever competed. It’s a pretty awesome fishery.
Scroggins: The number of fish in this lake is pretty phenomenal.

How much weight will a pro need to average each day in order to make the final Top 12 cut?
Jordan Lee: 18 pounds
Matt Lee: 18 pounds
Scroggins: 20 pounds