TULSA, Okla. – Grand Lake O’ the Cherokees is ready. The field of 41 professional anglers is confirmed. The Outdoor Sports Expo planning is underway. REDCREST 2022, the MLF Bass Pro Tour Championship, in Tulsa, Oklahoma, is set to be a massive event for fishing and outdoors enthusiasts. 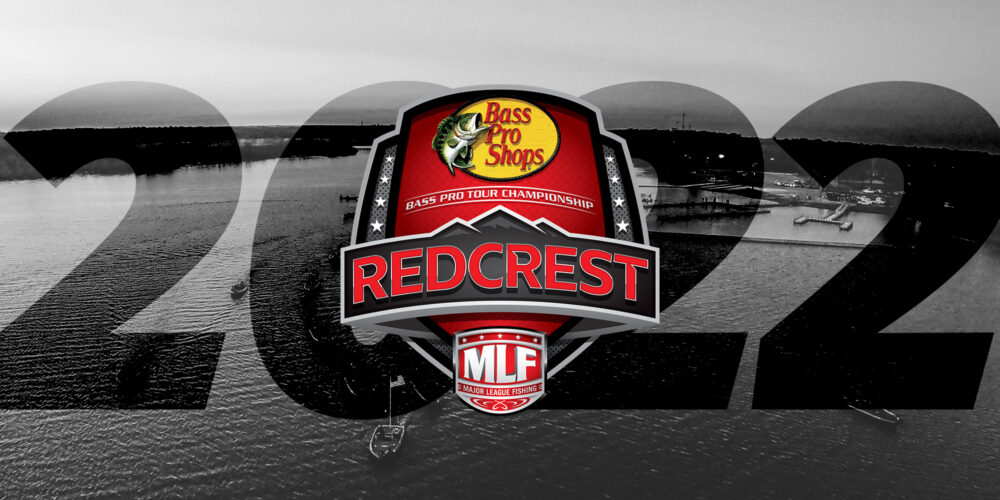 Originally scheduled for February of 2021, the event was postponed a year after mounting uncertainties due to the COVID-19 pandemic, travel restrictions and a guest capacity reduction at Expo Square. With relaxed restrictions and Tulsa once again open for business, it’s full steam ahead for MLF and event hosts VisitTulsa, the City of Grove, and the Grove Area Chamber of Commerce.

“With our MLF headquarters based in Tulsa, this is a homecoming for Major League Fishing and we are honored to showcase our sport and the outdoors to the Tulsa community with our world championship event,” said Michael Mulone, Senior Director of Events and Partnerships for MLF. “REDCREST 2022 is going to be a show like no other, and we look forward to highlighting Grand Lake and Tulsa to the tens of thousands of passionate fishing and outdoors fans that will attend the event and the hundreds of thousands of fans that will be watching from around the world.”

The five-day bass-fishing world championship, shot for television broadcast on CBS, the Discovery Channel and the Outdoor Channel, will showcase the top 41 Bass Pro Tour anglers from the 2021 season competing for the prestigious REDCREST Championship and the top prize of $300,000.

According to MLF rules, the REDCREST field of 40 is determined by Angler of the Year (AOY) points ranking at the end of the seven-Stage 2021 Bass Pro Tour. This year, MLF and the MLF Anglers Association agreed upon a structure that allowed all 76 anglers on the Bass Pro Tour roster to drop their lowest finishes from the 2021 regular season. That helped to level the playing field after multiple anglers sat out of events due to health and safety concerns that fell under MLF’s CDC-recommended Healthy Operating Protocols and Executions (HOPE) guidelines.

When all of the AOY points were tallied, one angler that had qualified to compete in the event was negatively affected and dropped out of the 40-angler qualification. In the interest of fairness, that angler will still be allowed to compete in the event as the lowest-finish drop was not meant to penalize an angler that had already qualified. REDCREST 2022 will feature 41 anglers competing over the five-day competition.

The 41 pros from the 2021 Bass Pro Tour season that will compete in REDCREST 2022 at Grand Lake O’ the Cherokees are:

In addition to the competition, REDCREST 2022 will feature an Outdoor Sports Expo at Tulsa’s Expo Square on March 25-27, 2022. Tens of thousands of passionate MLF fans will pack the halls ready to see the latest in tackle and gear innovation, meet their fishing heroes, learn from the greatest anglers in the world, spend their money on merchandise and celebrate all things bass fishing. Bass Pro Tour anglers will conduct seminars and will be available for meet and greets with fans. Additional celebrities of the outdoors will be on site. All activities are free and open to the public.

Exhibitor space if filling up fast, but a limited number of spaces are still available. If your business is interested in being a part of the consumer outdoor sports show, please visit MajorLeagueFishing.com/REDCREST.