Darold Gleason is always quick with a one-liner to make you laugh, but his fishing resume commands serious respect.

The popular fulltime Toledo Bend fishing guide has caught seven bass over 10 pounds in the past decade from the famed reservoir, and he’s got fiberglass replicas from the Toledo Bend Lake Association to prove it. 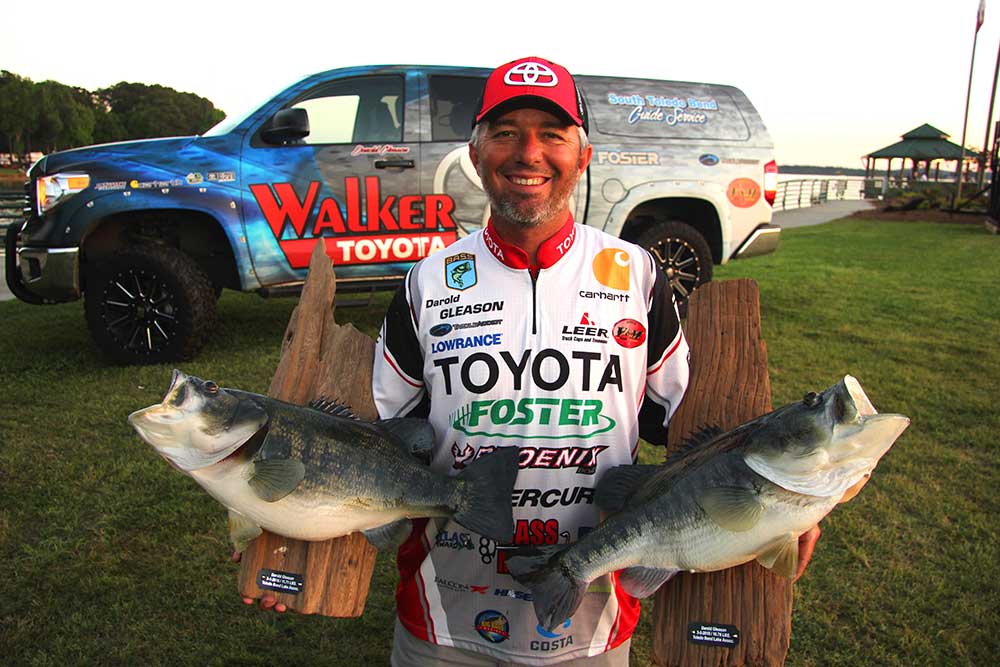 In addition to the South Toledo Bend Guide Service that he’s operated fulltime the past five years, he has notched Top 20 finishes in Bassmaster Open competition and competed against Elite Series pros in the June 2015 BASSfest on Kentucky Lake, where he finished 14th.

However, the biggest 5-bass limit he’s ever caught in a tournament came with the help of wife Randi in early March of 2016, when they hauled a massive 34-pound winning stringer to the scales on Toledo Bend in a team event.

He graciously provides insight from his home waters on what fans can expect before;p the Bassmaster Elite presented by EconoLodge begins Thursday morning.

Q: It rained and stormed so hard this past week, The Weather Channel sent meteorologist Reynolds Wolf to this region to track the torrential wind and rains. How did that weather affect the lake conditions?

Gleason: The lake didn’t rise too significantly, but it did muddy up some of the backs of creeks where guys had probably hoped to be able to look for bass on spawning beds.

Q: The Bassmaster Elite Series has visited Toledo Bend frequently in recent years. Which of those past events is this one setting up to resemble the most?

Gleason: Probably the one in April 2011 when Dean Rojas beat Gerald Swindle by 1 ounce. Gerald and most of the field keyed-in on the shad spawn with jerkbaits and other horizontal baits, and there’s a lot of that action going on here right now. But Rojas milked a few key spawning fish to get the narrow win.

Q: Speaking of the spawn, what percentage of the fish that get weighed-in this week do you think will be caught from a spawning bed?

Q: What five lures fans can we expect to see the Elite Series pros use a bunch this week?

Gleason: Topwater poppers, jerkbaits, a ¾ ounce football jig, a Carolina Rig and a deep crankbait like the 6th Sense C15 that will run in that 15 to 20 feet deep zone.

Q: How much weight will a guy need to average each day to assure himself a place in the final day’s Top 12 cut?