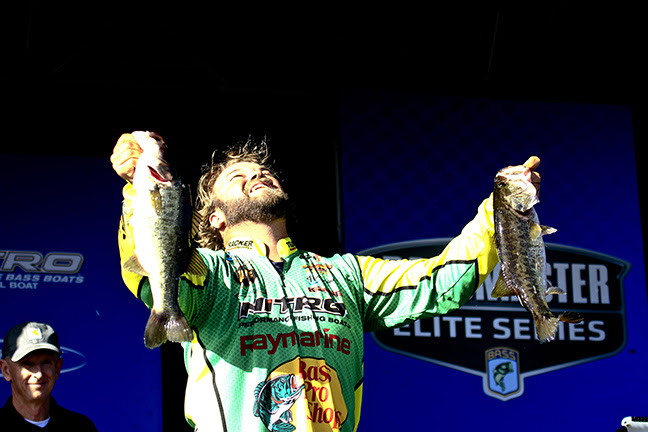 Seconds later, his family handed him a pizza and Horton threw his hat to the crowd, an entertaining segue to Horton hoisting another big blue trophy.

“It was humbling, gratifying, and I got so excited I threw my hat! As for the pizza, that goes back to an event I won on Lake Champlain where I called in a pizza delivery from my boat driving into the weigh-in,” laughs Horton.

“Okeechobee is very special to me. It’s a lake that can build confidence. But the wind can complicate everything; the water gets dirty, and you’re just not going to catch them. I made the decision to run back up north because they forecasted northeast winds, but it didn’t work out that way. Having confidence in other lake areas was huge,” says Horton.

Following two days of heavy bags – including a massive 30 pound, 4 ounce five-fish limit on Friday – Horton lost two big fish on Saturday that would have put him in a nearly untouchable double-digit lead over competitors. Horton’s no stranger to that kind of pole positioning. He’s won three BASS Elite events in his career by over 13 pounds.

“Lost fish are hard to overcome. They’re game-changers. When that 9 pounder came undone, I said goodbye to what would have been a 22 or 23 pound day. Then I lost another five pounder, which would have made a 28 pound day. But looking back, I wouldn’t change a thing. Other victories have been by a large margin. This 11-pound bag was the most special limit I’ve ever weighed.” 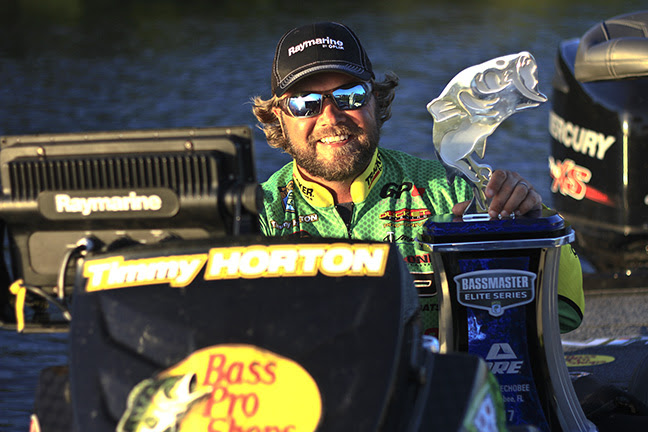 Unbuttoned fish and strong competition turned the final day into a nail-biting, down-to-the-wire finish, with the final 12 contenders jumping in and out of the hot seat each time a bag was weighed.

“Approaching the stage, I was pretty sure Ott had over 18 pounds and he’d win. I got up there, I was happy for him, was happy with my week, so when they called out my weight, I just couldn’t believe it.”

To that end, Horton credits his Raymarine units as a key to his Okeechobee success. He runs two Raymarine eS 12-inch displays at the helm, one dedicated to mapping, the other for running split-screen views of CHIRP Sonar, CHIRP DownVision, and CHIRP SideVision. At the bow, Horton employs an eS 12-inch and eS 9-inch with multiple choices of maps and sonar in split-screen view 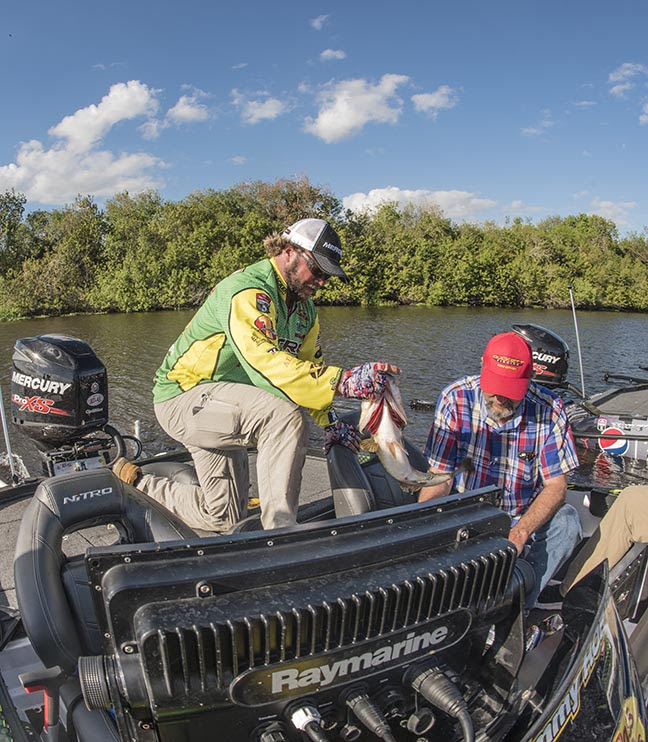 “The thing about Florida, so much of it is sight-fishing. But I was running through five and six feet waves on Sunday for an hour at a time and the units held up, no problem whatsoever. The reliability of my Raymarine mapping, from getting from point A to point B, was bullet-proof. That was critical for this event.”He continues: “I used the Navionics maps and a Standard Mapping Florida One e-card for satellite overlay imagery of specifically where I wanted to fish. I’ve never had that before. You could actually see the boat lanes, I could zoom in and out to see specific backwater ponds, even tell the difference between Kissimmee grass and reeds. Unbelievably helpful.”

Although Horton fished primarily to his mapping for Okeechobee’s shallow fish, he praises Raymarine CHIRP technology for giving him an edge in events where sight-fishing isn’t an option.

“I’ve never seen a cleaner image. I can actually tell which direction the bass are facing with my Raymarine DownVision. There’s no other unit that does that. When it to comes to CHIRP sonar, I can see my bait and weight when drop-shotting.”

Horton is getting ready for installation of a recently-introduced Raymarine Axiom MFD on his Nitro, units that start shipping to Raymarine dealers this March.

“I’m really excited about Raymarine’s new RealVision 3D technology. It’s pretty mind-blowing that I can see in three dimensions where bass and forage are positioned in relation to the boat. Combine that with Raymarine’s superior clarity and it’s going to be a game-changer.”

Horton caught the majority of his fish around emergent and submergent vegetation on a Profound Outdoors 4-inch Klone Crawsome soft plastic threaded onto a heavy-duty flipping hook with a ¾- to 1-ounce weight on 50 lb. Bass Pro Shops XPS Braid. Fishing higher-visibility waters on Sunday, Horton down to a 3/8-ounce weight, fishing the bait on 20-lb. Bass Pro Shops XPS Fluorocarbon.

“The areas I fished the first two days were set up perfectly for my presentation choice and that helped me build an early lead. Having the right flippin’ rod, reel, and line for heavy cover was the deal.”

Riding the excitement of his first major win in a decade, Horton says he’ll be fishing the remaining Elite season with the monkey off his back.

“This win is definitely a shot in the arm to keep the intensity level up. I’m going to ride the motivation and keep having fun. That was a big deal here… having fun.” 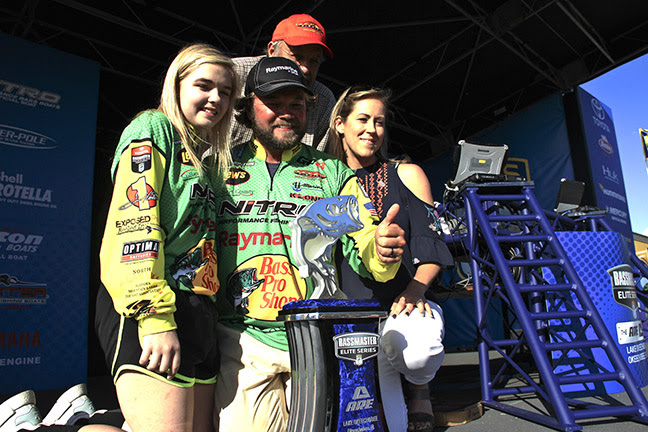