The 2017 Toyota Bassmaster Angler of the Year title that Brandon Palaniuk won Sunday at Lake Mille Lacs started with a dream when he was an 8-year-old boy growing up in Idaho. Then it caught speed in 2010 when he purchased his first Tundra, and began to cash-in on Toyota Bonus Bucks. 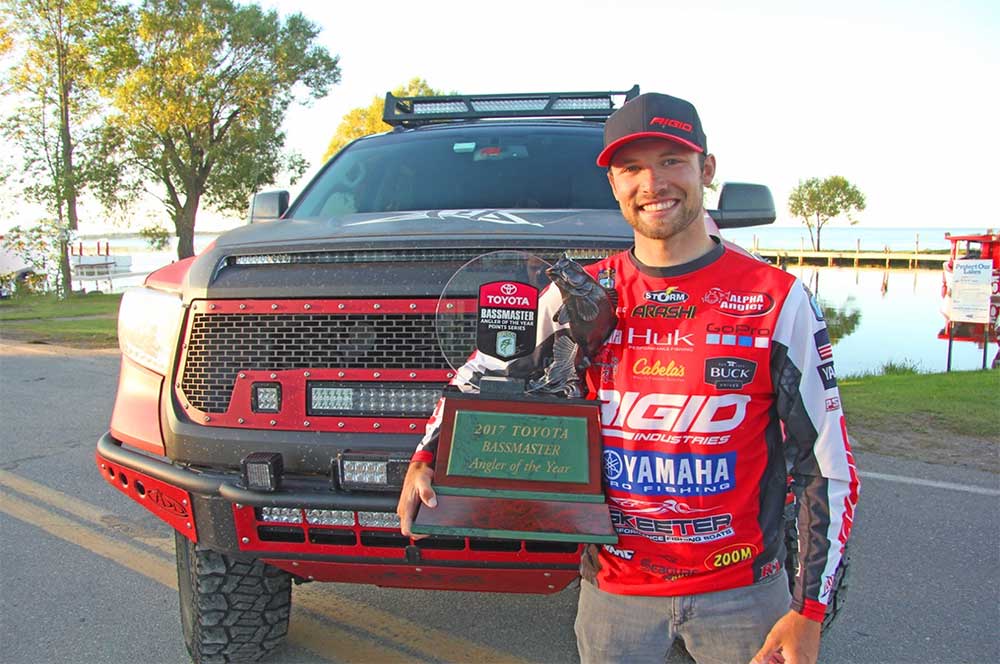 “I was running heavy equipment and cutting down trees for a living to try and save enough money to launch a pro career. And there were times when my buddy and I were down to our last dollars, and thought we’d have to wash dishes on our way back from tournaments to make it home to Idaho.”

“Then in 2010 I won $20,000 as a co-angler, and bought my first Tundra,” Palaniuk remembers vividly. “That year became magical, I won the B.A.S.S. Nation National Championship which qualified me for the Elites and the 2011 Classic, and the Toyota Bonus Bucks I won helped give me the money I needed to survive the first year of the Elites.”

At times during his rookie year on the Elite Series – it was just that – “surviving.” He often slept in the back of his Toyota in what he famously termed the “Tundra Suites” to save from paying for a hotel room.

Over the past six years, Brandon’s loyalty to Toyota has continued to pay him Bonus Bucks, and the days of wondering if he might have to wash dishes or cut down trees in the Idaho lumberjack woods have long since faded in the rearview mirror.

His brand new title of 2017 AOY Champion pays him $100,000, and his continued participation in the Bonus Bucks program is sure to pay dividends for years to come.

However you don’t have to be a full time pro, a Toyota Bassmaster Angler of the Year, or even win your local tournament to cash-in on Bonus Bucks. You just have to be a registered participant in any of the dozens of tournaments sanctioned by Bonus Bucks, and be the highest-placing participant.

To learn more and get signed-up, please visit http://www.toyotatrucksbonusbucks.com/ or phone (918) 742-6424, and ask for Jessica or Kendell and they can also help you get signed-up.