Ott DeFoe and Mark Daniels Jr. both relied heavily on red craw colored crankbaits and the Toyota Tundras they purchased to ride to the top of the 2019 Bassmaster Classic leaderboard. And as a result, both cashed in on Toyota Bonus Bucks. 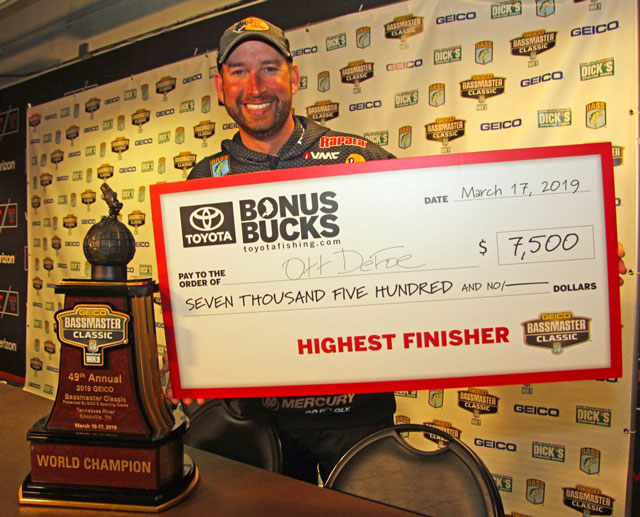 “The chance to win Bonus Bucks was the biggest reason I switched to a Toyota a couple seasons ago,” says new Classic Champion, DeFoe. “And I also believe it’s our responsibility as anglers to support the brands like Toyota that give so generously to our sport.” 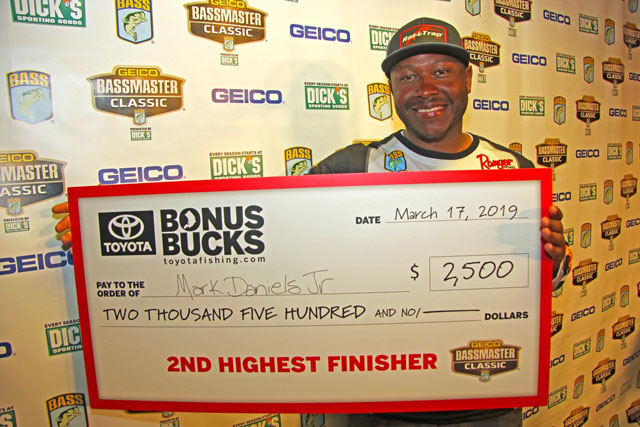 For Mark Daniels Jr. his decision to purchase a Toyota was largely about reliability. “I’m going to be honest, I used to be a die-hard Chevy man, but the reliability you get with a Toyota is just awesome,” says Daniels. “The Tundra I tow with has 77,000 miles on it, and the only thing it’s ever been in the shop for is new tires and oil changes.”

You don’t have to fish in the Bassmaster Classic to win Bonus Bucks. You just have to drive a 2015 or newer Toyota Truck, sign up Free for Bonus Bucks, and be the highest finishing registered participant in one of the hundreds of tournaments supported by the program.

To learn more, please visit www.toyotafishing.com, or call (918) 742-6424 and ask for Kendell or Chip and they will help you get signed-up.