One year ago, the pressure Gerald and LeAnn Swindle felt during Toyota Bassmaster Angler of the Year Championship week on Mille Lacs was on par with a Crimson Tide pass rush. 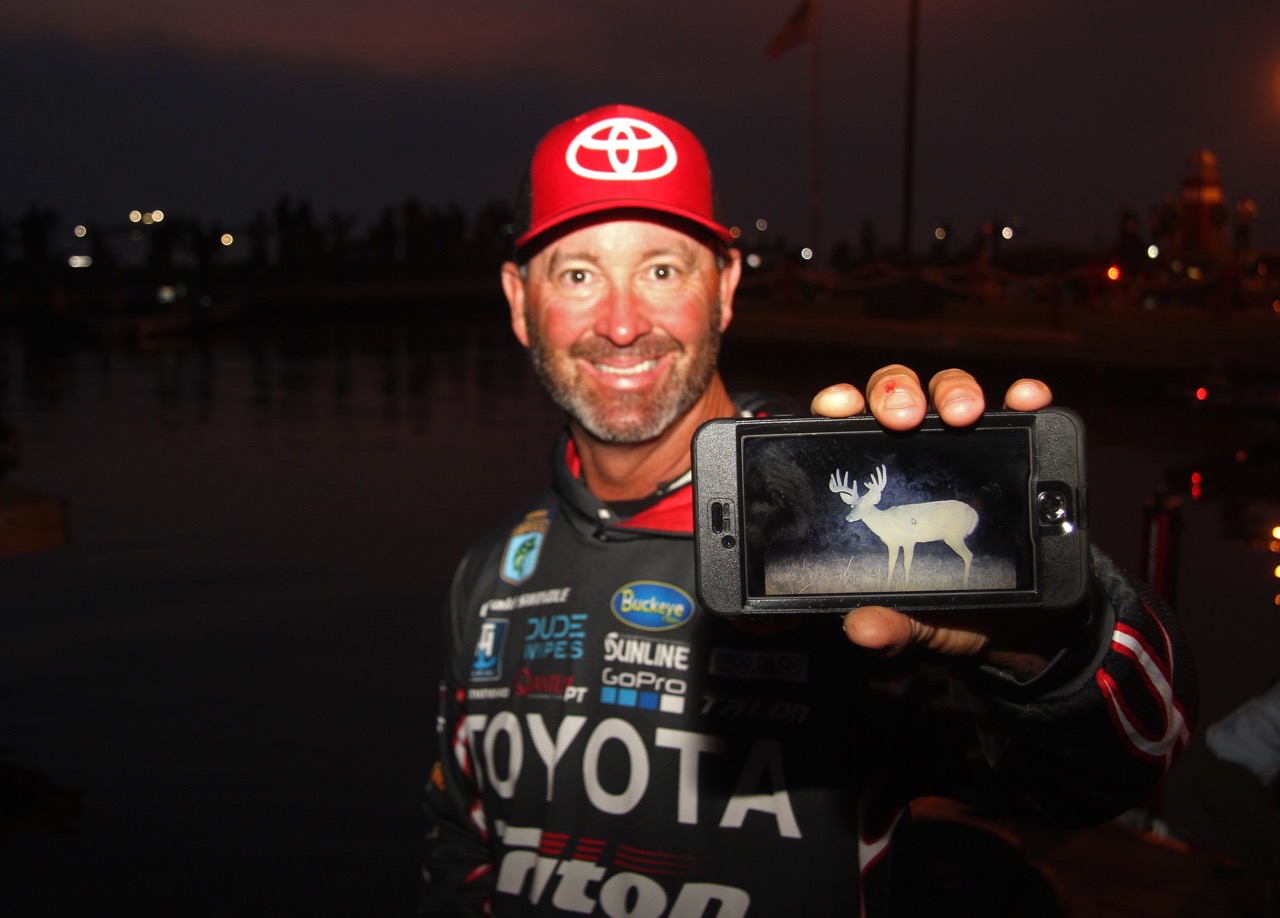 The couple persevered, they prayed, they leaned on each other, and they limped out of the pocket to score Gerald’s second career Toyota Angler of the Year title.

This week on Mille Lacs, the pressure is gone. So much so that LeAnn had to step through a line of fans and media at Day 1 launch to jokingly remind Gerald of their rule: “No talk of deer hunting on tournament day.”

Now don’t get the wrong idea, “Lulu” loves to hunt. But as she kindly explains, “He gets distracted easily, especially when deer season gets close to tournament season, so sometimes I have to step in and remind him of our rule, especially when I see him showing-off trail camera pictures five minutes before tournament blast-off.”

The couple has shared 13 great years of marriage, and time in the deer woods together is a treasured part of their matrimony. In fact, they stopped at the 200-acre hunting property they own in Illinois as they traveled from home in Alabama to Mille Lacs.

“Yep, I spent all last Thursday afternoon, and all day Friday, planting ‘green fields’ to get us ready for deer season, before we came on up to Mille Lacs,” says Swindle with a joyful grin.

“I was telling Dan Quinn from Rapala this morning not to get too concerned about not seeing a lot of deer on trail camera right now in September, because this time of year they’re still eating natural food sources, and they don’t come to food you put out in front of a camera near as much as they will later in the fall. They’re like smallmouth on a sonar screen. Sometimes they hug the bottom so close you can’t see ‘em – but that don’t mean they aren’t there,” explains the Quantum pro.

A couple weeks from now Swindle will kick off the hunting season with a Montana elk hunting trip, followed by time in a treestand for Illinois whitetail.

“The thing I’m looking forward to most this year in hunting season is not walking with a bad limp. I feel healthy. Heck, last year I had to kill a 140” buck with one crutch under my arm,” says Swindle.

But first, there is a bass tournament taking place in Central Minnesota. And this year, it’s a tournament the Swindles are enjoying far more.

“This week last year was the single most stressful week of our married life,” admits LeAnn. “There were tears, there were prayers, and there was stress like we’d never experienced.”