BIRMINGHAM, Ala. — On the day before President Barack Obama left office, the U.S. Fish and Wildlife Service (FWS) issued an edict to ban lead fishing tackle and ammunition from hundreds of thousands of acres of land and water managed by that agency. Executed without stakeholder input, the controversial action has sparked outrage from fishing and hunting communities. 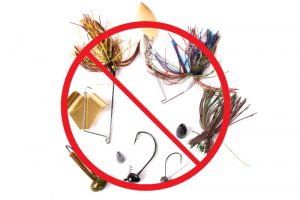 National Conservation Director Gene Gilliland said that B.A.S.S. “joins our state fisheries management agency partners and ASA (American Sportfishing Association) in calling on the new administration and the U.S. Fish and Wildlife Service to put a hold on the order.

“This 11th hour order, just hours before the new administration was to take office, was an obvious attempt to push through an order that is part of the previous administration’s environmental agenda without full consultation among all the stakeholders.”

Scott Gudes, ASA’s vice president of government affairs, added, “The sportfishing industry views this unilateral policy to ban lead fishing tackle, which was developed without any input from the industry, other angling organizations and state fish and wildlife agencies, as a complete disregard for the economic and social impact it will have on anglers and the recreational fishing industry.”

Signed by FWS Director Dan Ash, Order No. 219 requires “the use of nontoxic ammunition and fishing tackle to the fullest extent practicable for all activities on service lands, waters and facilities by January 2022, except as needed for law enforcement and safety uses, as provided for in policy.”

Fortunately, action was taken by the new Trump administration the day after the rule was issued that could hinder its effectiveness. A memorandum issued from the White House to departments and agencies announced a freeze on implementing new regulations, pending review. Still, individual jurisdictions within FWS might choose to enforce the rule.

For years, environmentalists have attempted to gain a complete ban on lead ammunition and fishing tackle by filing lawsuits. They’ve done so, Gilliland said, “despite the lack of a clear connection in many cases of negative population-level impacts on fish and wildlife.” But their arguments have been rejected by the courts. At the same time, selective bans have been implemented where research suggests a need for them, such as in some northern waters, where loons ingest lead shot.

“In the limited instances, where lead fishing tackle is demonstrated to harm local wildlife populations, the sportfishing industry supports actions to minimize or eliminate these impacts,” Gudes said. “However, unnecessary and sweeping bans such as this Director’s Order will do nothing to benefit wildlife populations and instead will penalize the nation’s 46 million anglers and hurt recreational fishing-dependent jobs.”

If not rescinded, it also will damage the partnership between the federal agency and the states, according to Nick Wiley, president of the Association of Fish and Wildlife Agencies. “This action flies squarely in the face of a long and constructive tradition of states working in partnership with the service to effectively manage fish and wildlife resources,” he said.

“The Association views this order as a breach of trust and deeply disappointing given that it was a complete surprise and there was no current dialogue or input from state fish and wildlife agencies prior to issuance. It does a disservice to hunters and anglers, the firearms and angling industries, and the many professionals on staff with the USFWS who desire a trusting and transparent relationship with their state partners.”

About B.A.S.S. Conservation
For more than 45 years, B.A.S.S. Conservation has focused on issues related to fisheries and aquatic resource conservation. We work with government agencies to develop sound management policies that protect and enhance aquatic resources. We partner with others to ensure government policies provide for these resources without compromising sportfishing opportunities. And through the B.A.S.S. Nation, we provide volunteer efforts to enhance fisheries resources and protect our sport. B.A.S.S. is world-renowned for state-of-the-art tournament fish care.