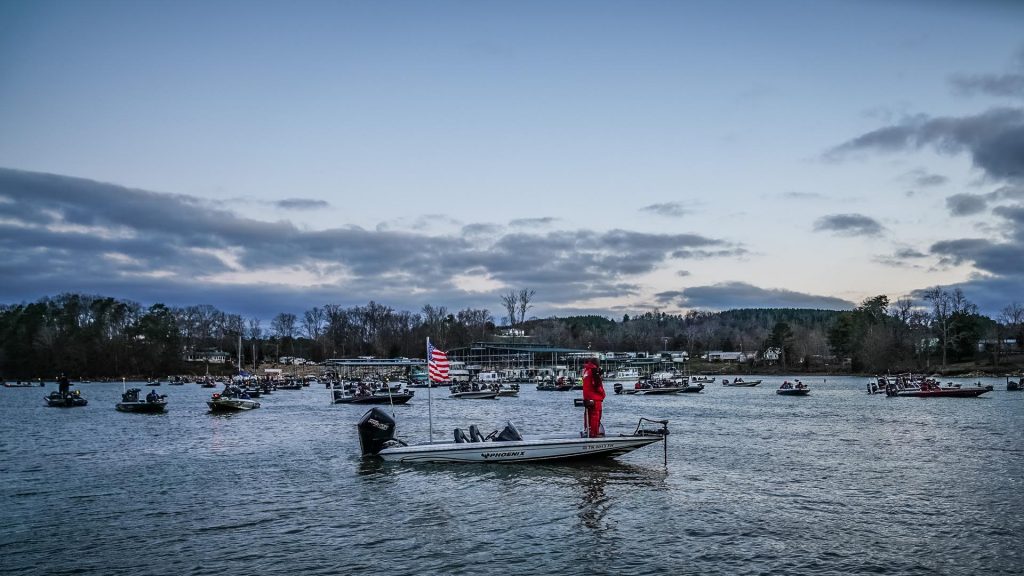 BENTON, Ky. (Nov. 19, 2020) – Major League Fishing (MLF) announced today that Dayton, Tennessee will host the 2021 Abu Garcia College Fishing presented by YETI Open on March 30-31 at Lake Chickamauga. The famed big-bass fishery has produced some of the best trophy bass fishing opportunities in the country and has served as a highly competitive playing field for many major bass tournaments over the years.

“We are extremely excited to give our college anglers the opportunity to compete on Lake Chickamauga,” said Kevin Hunt, MLF Senior Director of Tournament Operations, College and High School. “This will be the first experience for many college anglers on this fishery, and with the tournament set for late March we expect to see plenty of big bass and an awesome competition.”

The two-day event will be hosted by Fish Dayton and the Rhea Economic & Tourism Council, a proud and prominent supporter of bass fishing and the substantial economic impact it brings to the region.

“Fish Dayton is thrilled to host the 2021 Abu Garcia College Fishing Open on Lake Chickamauga,” said John Bamber, Executive Director of Rhea Economic and Tourism. “We are excited to see some great weights brought in by these talented college anglers and are thankful for their stewardship of this fishery.”

Priority entry for the 2021 Abu Garcia College Fishing presented by YETI season opens at 8 a.m. CT on December 14, 2020, for teams from schools represented in the 2020 College Fishing National Championship. All other teams may enter beginning December 15, 2020. Teams can enter at FLWFishing.com or by calling (270) 252-1000. The entry fee remains the same for 2021 – $75 per team for teams who enter prior to onsite check-in and $100 for teams who enter onsite.

Complete rules for the 2021 Abu Garcia College Fishing program can be found online at FLWFishing.com.

MLF BIG5 is part of MLF, the world’s largest tournament-fishing organization. It provides anglers of all skill levels the opportunity to compete for millions in prize money across five tournament circuits featuring a five-biggest-fish format. Headquartered in Tulsa, Oklahoma, with offices in Benton, Kentucky, MLF and its partners conduct more than 290 bass-fishing tournaments annually around the world, including the United States, Canada, China, Italy, South Korea, Mexico, Namibia, Portugal, South Africa, Spain and Zimbabwe.