Matt Lee loves to fish a drop shot, but his decision to drop shot a 5” Strike King Z-Too on a straight shank hook for Lake St. Clair smallmouth, was the equivalent of his fiancé Abby choosing to serve 20-ounce rib eye steaks as a bridal shower appetizer. Essentially, Lee turned one of bass fishing’s dainty finesse techniques into a full-fledged food fest en route to yet another Top 12 finish on the Bassmaster Elite Series tour. 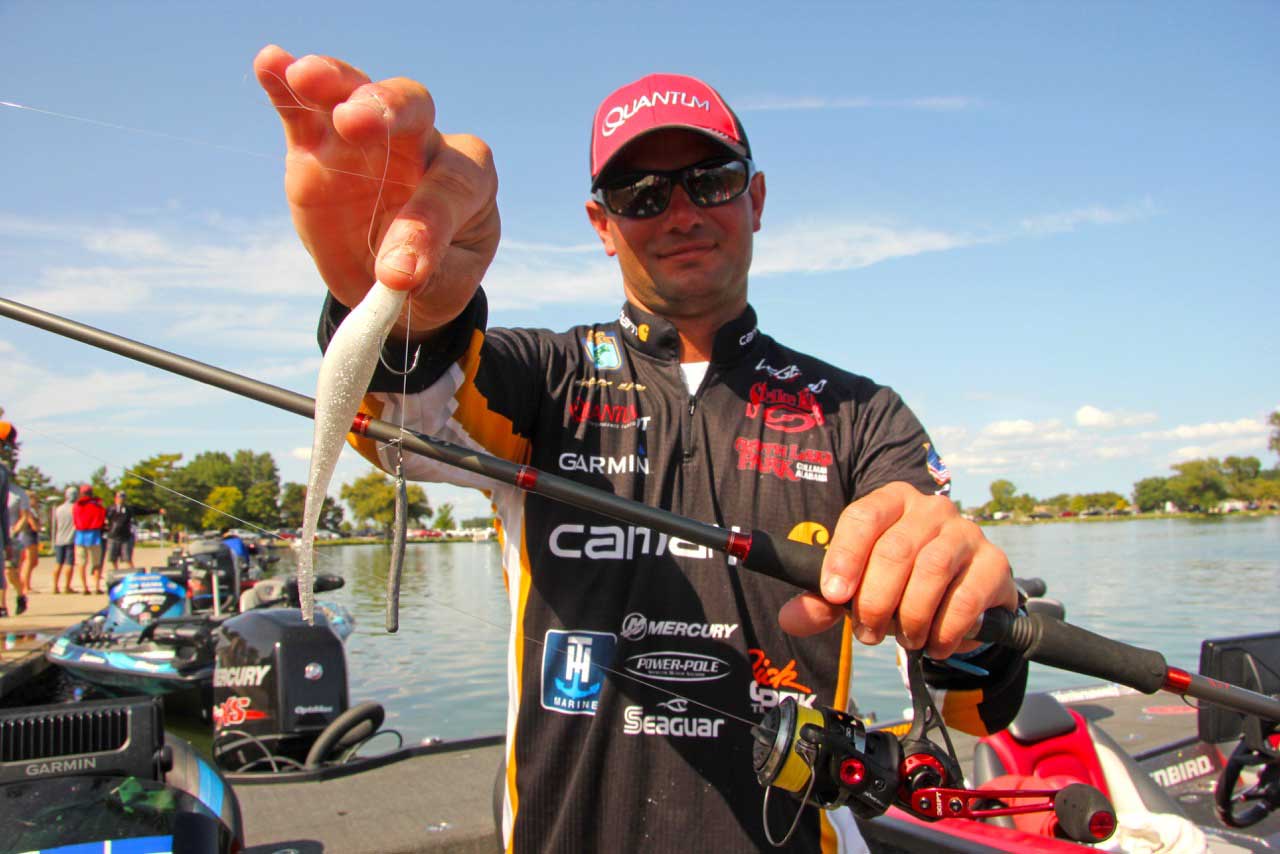 “I’m a drop shot fanatic. I threw it on spawning beds at Okeechobee, at stumps on Ross Barnett, and at St. Clair for smallmouth. I pretty much never leave the dock without one tied on, it’s just a matter of tweaking the components a little to meet the conditions,” explains Lee.

“My decision to use such a big bait on my drop shot at St. Clair was two-fold. First, the water was a little dingy, and I thought the bigger bait would be more visible. And secondly, I noticed that the smallmouth I hooked in practice were spitting-up 4” to 8” perch,” observed the Auburn grad.

If Lee knew the smallmouth were feeding on yellow and green colored perch, then why did he opt for a white, ice-colored, Z-Too?

“I’m pretty certain they were feeding on alewife as well as the perch. And the thing is, I was never on a big school of smallmouth. I felt like I was hunting big, single fish that seemed super aggressive – so that bait was visible and offered a big meal to those lone wolves,” says Lee.

“That Z-Too was too big for pesky perch to eat, and because it’s made of ElaZtech, it floats and never tears up. Plus, that particular lure almost shimmies like a swimbait.”

As much as Lee uses a drop shot, he’d never used such a big lure. So he experimented between a 1/0 and a 2/0 straight shank hook, as well as an occasional circle hook that’s more standard on a drop shot.

“I was actually super-gluing the Z-Too on the hooks, and the one thing I figured-out, was that no matter what hook I used, by giving them an extra second to eat it, rather than set the hook too fast, was more critical than the exact hook I rigged with,” says Lee.

While gear ratios get a lot of attention among baitcasting reels, their mechanical importance in spinning reels is too often overlooked, but not by top pros like Matt Lee and Jacob Powroznik.

“Smallmouth move so quick that it’s critical to use a reel that can pick up a ton of slack line in a hurry, especially in one of those moments during the fight when they switch from going away from the boat, and run right at you, and you gotta get down on it like Kool & The Gang,” says Lee. “That’s why I love the Quantum Speed Freak. It picks up 3-feet of line with every turn of the handle, plus it’s got an awesome drag system for fighting those beasts.” 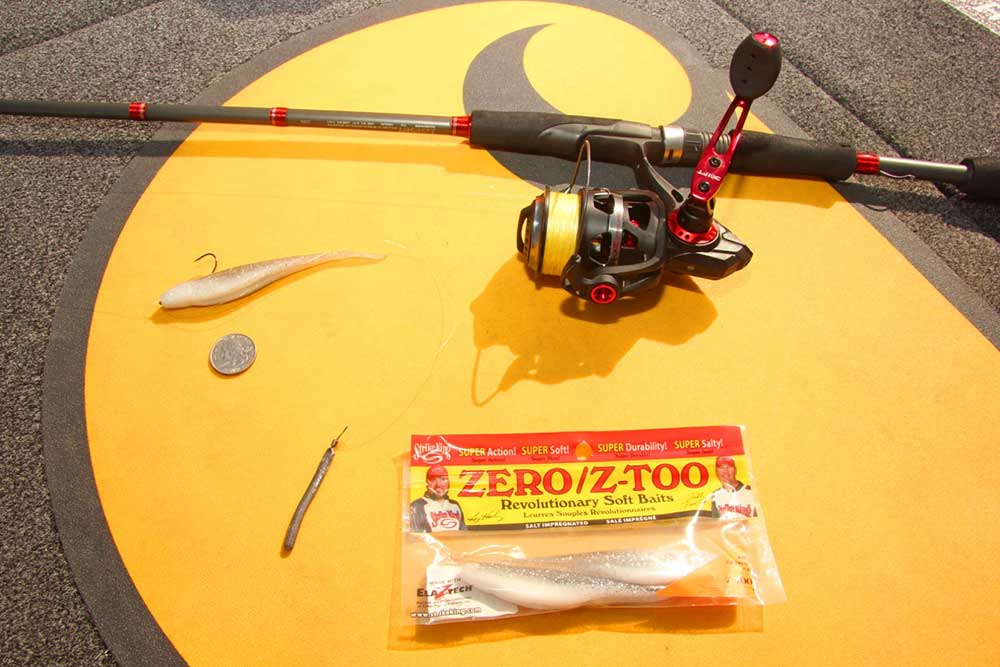 Matt shared his findings of the big lure’s success with younger brother Jordan, who was quick to heed Matt’s advice. Jordan had been fishing a smaller Strike King Dream Shot, but on Day 3 of the tournament, switched to the big Z-Too. His first fish of the day was a mammoth 6 pound 13 ounce bronze beast.

The Lee Brothers eventually finished 4th and 5th and won a combined $30,500. Everybody went home happy, and ate well along the way, including St. Clair’s super-sized smallmouth.