Matt Lee: “Everything is Fine.”

A song from county music star, Josh Turner might be among the last things you’d expect Quantum angler Matt Lee to be thinking about minutes from backing down the boat ramp during his first Bassmaster Classic as an Elite Series pro. 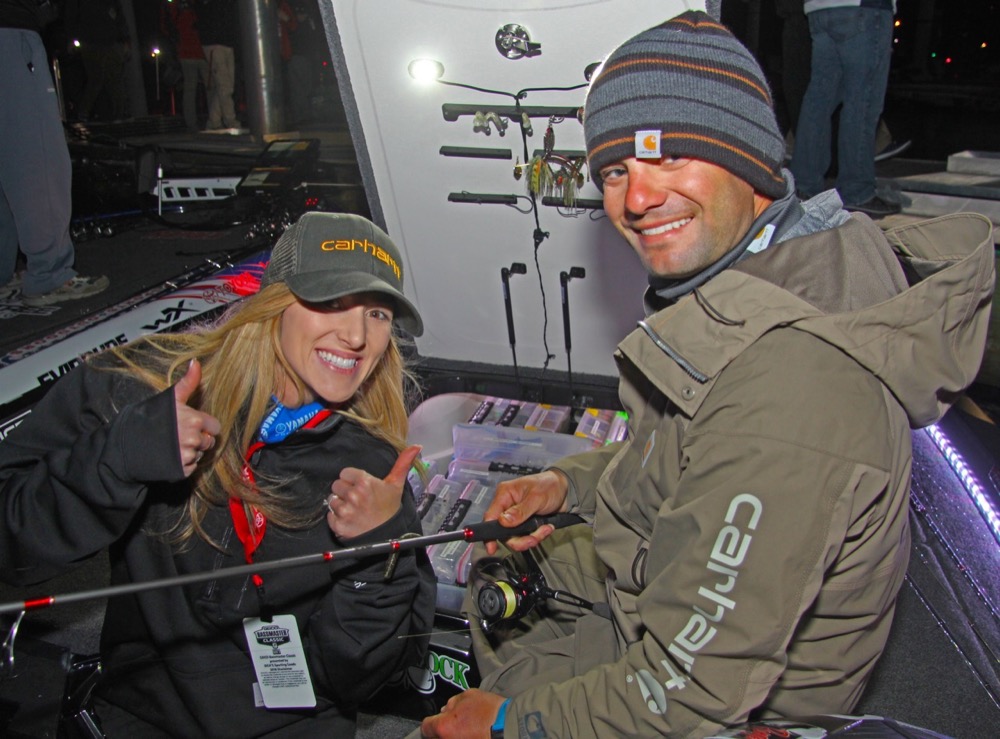 But a hit single Turner had in 2008 was fittingly top-of-mind for the 29-year-old pro from Lake Guntersville, Alabama.

“I finally thought of the Josh Turner song I was trying to remember to tell you when we talked about his music during Wednesday’s final practice day … it’s called, ‘Everything Is Fine,’” Lee told me with a big grin in Day 1’s predawn darkness as his Tundra pulled closer to the Classic launch ramp.

Turner penned the lyrics to “Everything Is Fine” himself, and much like his biggest hit of all time “Long Black Train” neither song’s lyrics shy from Turner’s spirituality.

Nor does Matt Lee.

“It’s Day 1 of the Bassmaster Classic and I feel so blessed to be surrounded with the best family, the best fiancé, the best friends. I’m telling you, man, I couldn’t pick a better group of people to surround me,” Lee said, seconds after both his mom and dad hurried across the wet boat ramp to give him a kiss as he sat behind the console of his Ranger.

“Heck, I’ve even got a great dog,” says Lee with a laugh in reference to his German Shepherd “Miles” as I jokingly pluck a number of apparent dog hairs hanging from his Carhartt beanie while he fires up his outboard.

The oldest of the Lee Brothers is certainly in a great place on the heels of five very impressive Top 12 finishes last season. But after a stellar Carhartt Bassmaster College Series career, that included qualifying for the 2013 Classic as a college champ, his freshman and sophomore years as a full time pro were checkered with highs and lows.

“My first couple years on the Elites were a struggle, but the thing is, I never doubted that I was exactly where God wanted me to be, and that He wanted me to fish for a living and touch people with my faith through bass fishing,” says Lee. “And now that things are better, I think I’m exactly where I’m supposed to be too.”

“Like I told Jesse Wiggins yesterday, if you’re going to have one bad tournament a year – the Classic is probably the best one, because there’s no Toyota Angler of the Year points on the line, and winning is really all that matters here. So if you’re only going to have one great tournament each year – obviously, this is also the one!” reasons Lee. “And there’s no greater example of ‘when it’s meant to be it’ll be’ than me, and the good fortunes of my career.”

But why a Josh Turner song on Day 1 of bass fishing’s biggest event?

“Country music is kind of like bass fishing – so many people relate to it, and Josh Turner just has a real calming voice,” says Lee. “That song talks a lot about being grateful, and if you’re living in my shoes and you’re still acting sour for some reason, then something is bad wrong.”

At age 29, Lee’s faith-based perspective is perfect. Nothing is bad wrong at all.

In fact, everything is fine. Including a few stray dog hairs, good luck kisses from loved ones, and the lyrics that play in his head.

“Everything is fine, fine, fine. Through the sunshine and the rain. I got a peace of mind. You know I can’t complain. I make it a point to thank the Lord, when I got Him on the line. I’m feeling good, and everything is fine.” – Josh Turner