There are two things you can count on at Lake St. Clair – the wind will eventually blow hard enough to stir its 430 square miles of water into ocean like proportions — and the smallmouth will usually bite a 4.5” tube jig. 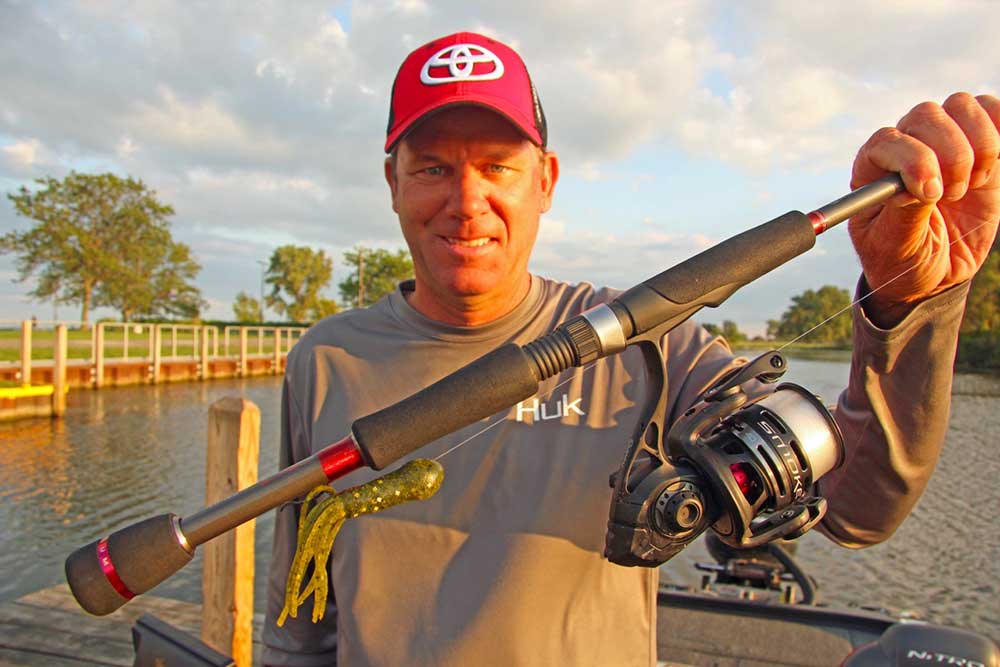 The second day of practice for the 2017 Advanced Auto Parts Bassmaster Elite Series on St. Clair was no exception. “A man could use a Motrin after a day like this,” said Kevin VanDam upon finally reaching calm waters near the protected harbor of a Harrison Township boat ramp.

VanDam had been riding the spine-jarring waves for more than twelve hours through gusting winds, stormy rains, and at times, a blend of blue skies. And riding with him was what he, and most veteran anglers, consider St. Clair’s All Time Greatest lure – a 4.5” soft plastic tube.

“I haven’t been on St. Clair since the Elite Series came here in 2015. But I’ve been fishing here for 32 years, since back when I was in high school competing in B.A.S.S. Federation tournaments with the Kal Valley Bass Club,” says Van Dam.

“I caught ‘em really well in the first tournament I ever fished here using a double willow leaf spinnerbait with gold blades. But if you had to choose one lure that’s dominated this lake for the past 40 years, you’d have to choose a tube,” says the 7-time Toyota Bassmaster Angler of the Year, who lives three hours west of St. Clair.

Even though a drop shot has become highly popular and effective the past 10 years, dragging or snapping a plastic tube across St. Clair’s notoriously shallow lake bottom still wins the vote for all time most popular smallmouth lure on St. Clair from hard core anglers. Including VanDam’s close friend, smallmouth nut, and fishing show host Mark Zona, who also lives about three hours west of St. Clair.

“The tube is 100% the most all time classic lure on St. Clair – and let me warn ya’ – it still has MUCH power,” Zona typed in a text response when asked about the plastic tube’s historic effectiveness on St. Clair.

The tube’s decades of smallmouth catching dominance is simple – it resembles so many of the things smallmouth love to eat — including, gobies, perch and crawfish. When asked to name three colors of the 4.5” soft plastic tube that no angler should be without on St. Clair, VanDam said, “Green pumpkin, melon gold, and smoke purple.”

Even though St. Clair is a big body of water, and connects the Great Lakes of Huron and Erie, it’s very shallow with an average depth of just 11-feet. So it stirs easy into big waves when the wind inevitably blows here.

And while shallow lures like willowleaf spinnerbaits and lipless crankbaits catch their share of smallmouth – no lure stakes claim to the unofficial title of St. Clair’s All Time Best Lure like the simple plastic tube.