With high muddy water, Kevin VanDam and the rest of the field at the Major League Fishing REDCREST Championship on Lake Eufaula, Alabama are hungry for just a handful of good keepers today. 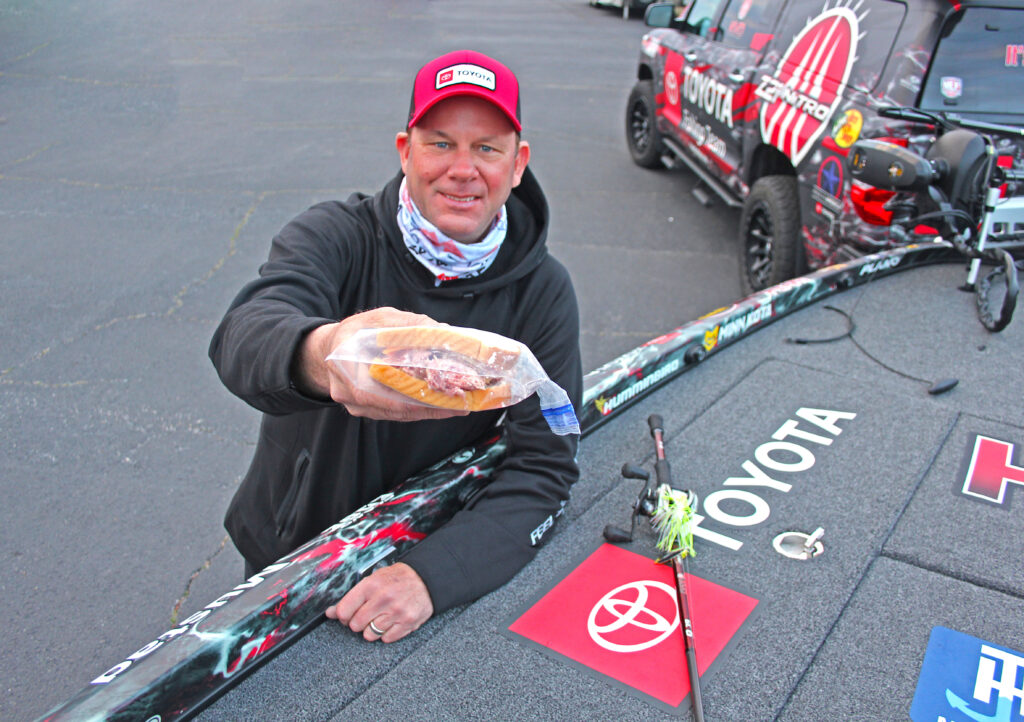 (Editors Note: This is the first of a series of short daily accounts of Kevin VanDam’s MLF REDCREST event this week as told to Alan McGuckin of Dynamic Sponsorships.)

And when it’s time for lunch, the angler most consider the greatest of all time will satiate his appetite with a pulled pork sandwich.

“When I thought we were headed to Lake Palestine in East Texas where all the residents, restaurants and stores had been so badly affected by ice and snow, I filled-up on plenty of my own groceries including some pulled pork that I brought in a cooler I packed in my Tundra,” grinned VanDam prior to Monday’s take-off.

As far as ‘groceries’ he plans to feed Eufaula’s largemouth, he says a spinnerbait and Strike King’s Thunder Cricket vibrating jig will be major players in the high muddy 48-degree water. He’ll mix in a structure jig and a medium diving crankbait as back-ups.

“The biggest X-factor this week is the weather because we’re starting with heavy clouds, passing rain, and pretty cold water, but we have lots of sunshine coming this way, and it’s going to change everything for the better – big time – as this tournament progresses,” says an optimistic VanDam.

He practiced until dark Sunday on the only allotted practice day, then worked on prepping tackle until 9:30 p.m. while his buddy who owns the lakeside home he’s staying in grilled them a steak.

But today, it’s pulled pork. And hopefully seven or eight keeper bites that will total around 17 pounds based on what VanDam predicts it will take to do well. And as of this writing at 11:00 a.m., according to SCORETRACKER

, he was more than halfway there.