The first Bass Pro Shops Bassmaster Eastern Open of 2018 heads to the Kissimmee Chain of Lakes out of Kissimmee, Fla., Feb. 1-3, where more than 400 anglers will compete for cash and prizes. 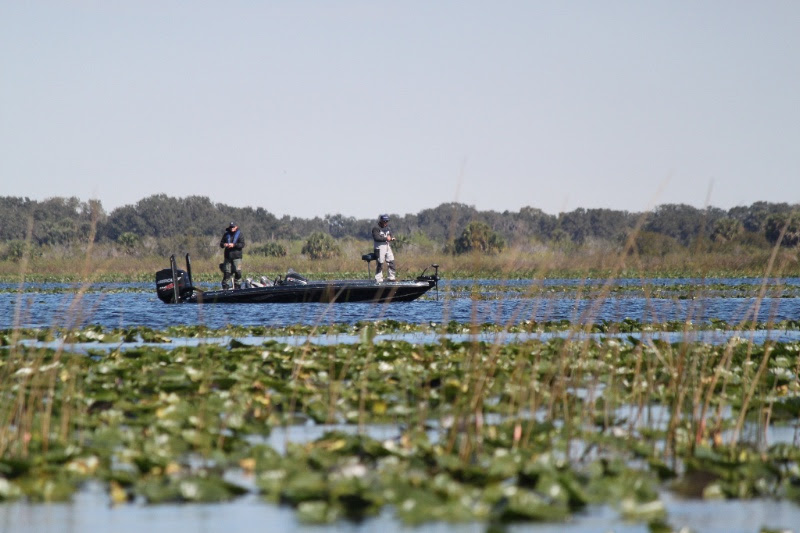 KISSIMMEE, Fla. — More than 400 competitors are expected to take part in the Bass Pro Shops Bassmaster Eastern Open scheduled for Feb. 1-3 on the Kissimmee Chain of Lakes, a popular Florida fishery that has hosted more than two dozen B.A.S.S. events during the 50-year history of the Bassmaster Tournament Trail.

Anglers will leave Big Toho Marina each day at 7 a.m. ET, with weigh-ins scheduled for the first two days back at Big Toho Marina at 3 p.m. The Day 3 championship weigh-in will be held at 4 p.m. at the Bass Pro Shops in Orlando.

Dustin Connell, a Bassmaster Elite Series pro who has enjoyed some success on the Kissimmee Chain, says this tournament could be different than past early-season events held there.

“Everybody kind of associates Florida with flipping,” said Connell, who is not competing in the Open. “But they’ve had a cold winter down there, and I really don’t think things are going to set up right for that.

“It’s been a while since it’s happened down there, but I think you’re going to see somebody fishing a trap or a ChatterBait to win. I think it’s going to be won on Lake Toho.”

By “trap,” Connell means a Bill Lewis Rat-L-Trap or a similar type of lipless crankbait. A ChatterBait is a bladed jig that makes an alluring vibrating motion as it moves through the water.

Motion, Connell says, will be the key.

“The bass probably won’t be on the beds yet,” he said. “I think it’ll be won with something moving. I think if somebody looks hard enough, they can find an offshore deal — and if you do that, you won’t just be plucking one fish here and there. You’ll be able to pull up at daylight and be on a wad of them.”

Finding such an area won’t be easy on the vast waters of the Kissimmee Chain. That’s why so many choose flipping when they visit the area — because shoreline cover is plentiful and easy to find.

But Connell thinks it’ll be worth the extra time and effort to find good offshore areas.

“It’s like a needle in a haystack,” he said. “But I love those places. Those fish down there really like current, and if you find one little shellbed or something that’s loaded with them, you can just whack ’em.”

This year’s Opens circuit will feature a vastly different format than the one that has sent anglers to the Bassmaster Elite Series and the GEICO Bassmaster Classic presented by DICK’S Sporting Goods in the past.

For the first time since 2005, the season will conclude with an Opens Championship that will be held Oct. 18-20 at a location yet to be announced.

The Championship field will include the four winners of the Opens tournaments in each division and the Top 10 in the points races — not including the winners — for a total of 28 competitors vying for invitations to the 2019 Elite Series and Bassmaster Classic.

With the Championship qualification in mind, Connell says anglers who aren’t on a winning pattern may be able to salvage some points and a decent finish around the lily pads.

“One of the big things that is happening down there now is people are flipping a Senko and a jig around isolated pads,” Connell said, adding that he thinks it will take about 56 pounds to win the three-day event. “So, if I wasn’t on anything and I wanted to catch some, that’s what I would do.”

The Kissimmee Sports Commission will be hosting the event.

About B.A.S.S.
B.A.S.S. is the worldwide authority on bass fishing and keeper of the culture of the sport, providing cutting edge content on bass fishing whenever, wherever and however bass fishing fans want to use it. Headquartered in Birmingham, Ala., the 500,000-member organization’s fully integrated media platforms include the industry’s leading magazines (Bassmaster and B.A.S.S. Times), website (Bassmaster.com), television show (The Bassmasters on ESPN2), radio show (Bassmaster Radio), social media programs and events. For more than 50 years, B.A.S.S. has been dedicated to access, conservation and youth fishing.