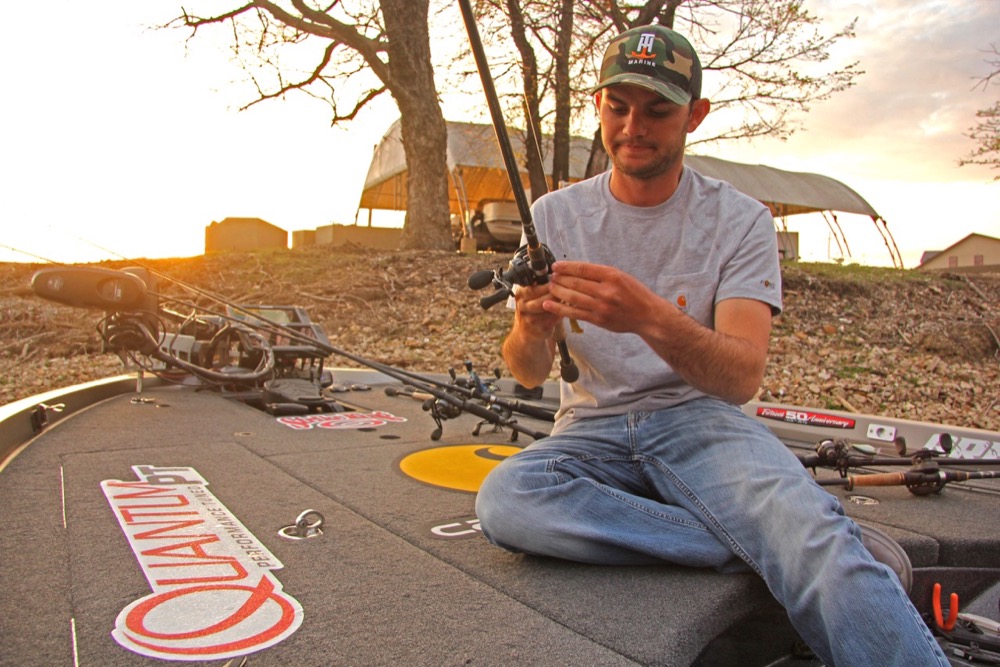 Yep, after two long days of practice, when asked what percentage of the bass weighed-in this week on Grand Lake o’ the Cherokees would be caught from spawning beds, the always laid-back Lee comically replied, “I’d guess 38-percent. No, change that. I’m gonna say 38.5%.”

Northeast Oklahoma has experienced a much colder than normal April like most of America. Snow flurries fell here two weeks ago. Water temps are ranging from 58 to 64, and a cold rain is falling on the final day of practice.

So while there are absolutely bass on beds at the famed fishery full of 4-pounders that hosted the 2013 and 2016 Bassmaster Classics, many of Grand’s bass are still in pre-spawn phase, and those that are on beds are difficult to see according to Lee.

“I’ve been from the Pensacola Dam to above the Elk River, and I’ve yet to find a spot that was clear enough to think I could see ‘em on beds well enough to do well on spawners,” says the Quantum pro.

“I think there’s a few spawning, but I don’t think the majority are. And even though I expected the lower end of the lake near Ketchum to be clear, it’s really not. Just like during the 2016 Classic, the whole lake is what I’d call off-colored or heavily stained,” says Lee.

“It’s kind of unfortunate, because I absolutely love to look for spawners, but I don’t think there’s gonna be much of a chance to do that here this week,” concludes the former Carhartt College Series champ.