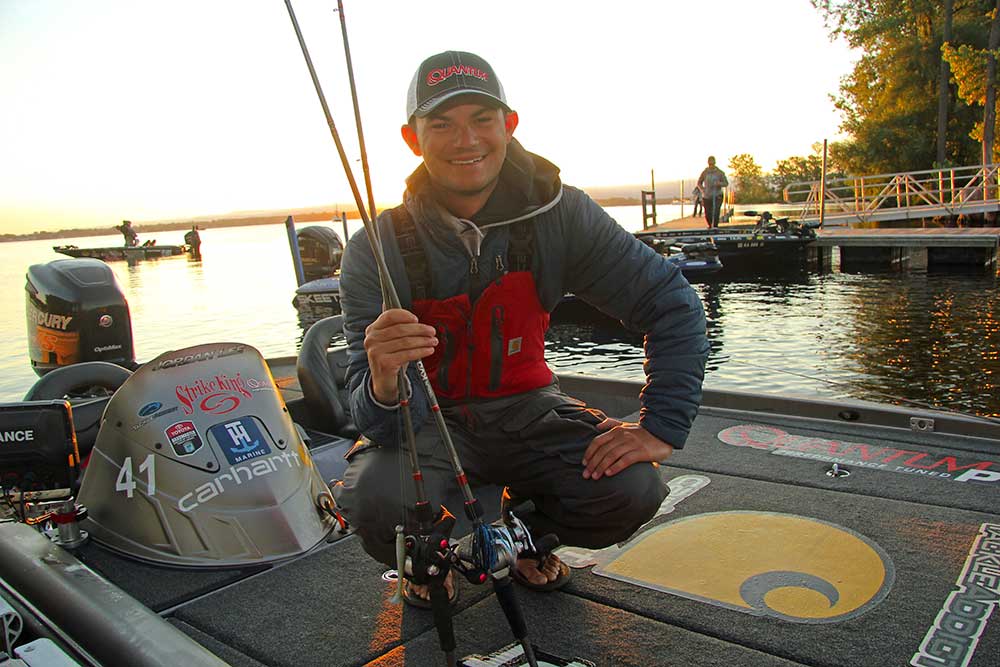 Much of the first two days of practice were exceptionally cool and rainy, what’s been your biggest challenge so far?

I’d say catching anything bigger than 3-pounds has been the biggest challenge so far. I’m catching lots of fish, and a fairly equal mix of smallmouth and largemouth, but just no real big ones. The smallies I’m catching are averaging a little bigger than the largemouth.

What do you like the most so far about Lake Champlain?

This lake is just so full of fish, so you get to set the hook a bunch.

I don’t think the weights will be as high here, because the average smallmouth just isn’t as fat here as what they were on the St. Lawrence River. Those fish on the St. Lawrence have millions of gobies to eat and get really fat on, and that’s not the case here at Champlain.

Here at Champlain, talk always turns to how many competitors will make the long run south to the Ticonderoga area of this massive lake in search of fat largemouth. What percentage of the field do you estimate will make that roughly 80 mile run?

I’d say about 20-percent. It’s like 80 miles from Plattsburgh down to that area, and there are just so many variables involved that can turn negative when you run that far, starting with massive waves, if the wind blows there.

Name five lures the fans can expect to see the Elite Series throw a lot of this week.

Drop Shot, jerkbaits, soft plastic punch baits like a Strike King Rodent on a heavy Texas rig, dragging a tube for smallmouth, and a swim jig.