The air was thick and humid, so Jordan Lee wore red Carhartt rain bibs to easily avoid a wet butt from boat seats soaked with morning dew to begin the second day of practice for the Bassmaster Elite Series on Toledo Bend presented by EconoLodge. 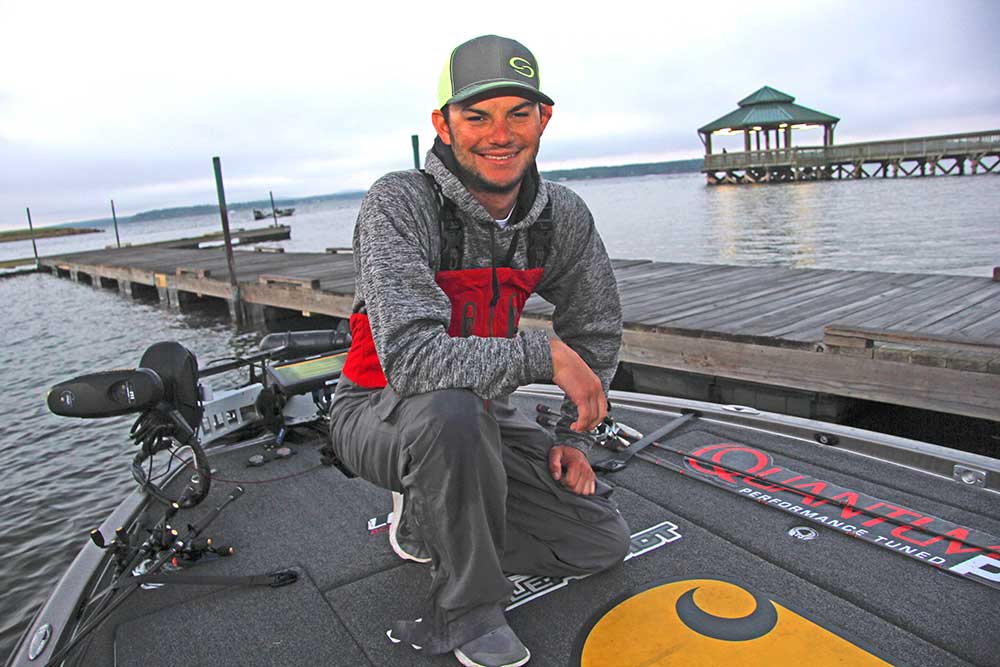 However, keeping up with an abundance of phone calls following the most dramatic comeback in Bassmaster Classic history has been a little more challenging for the bass fishing’s brand new 25-year-old champion.

Still, he graciously took ten minutes to talk about the past nine days, and his expectations of what will unfold on the massive reservoir that straddles the Louisiana-Texas border.

What has been the biggest challenge since becoming a Bassmaster Classic Champion nine days ago?

My phone. I’m getting 15 phone calls a day from numbers I don’t recognize. It’s been tough to keep up with all the requests, especially during practice here in the Toledo Bend region where cell service is really poor.

What’s been the coolest thing you’ve experienced as a brand new Classic champion?

All the people congratulating me and also meeting two of our soldiers during a stop at the Tackle Addict store. Meeting members of our armed forces really put things into perspective for me. I’m definitely grateful for all that they do for us.

Were you able to stay focused yesterday during the first official practice day on Toledo Bend?

Yea, it felt like a normal day of practice. Winning won’t change the way I fish. I’m still learning, and I’m always wanting to learn more. So it was just good to get on the water yesterday and stay focused on working hard to figure ‘em out.

Speaking of the fishing, there’s been a lot of talk about spawning fish playing a big role in the event. What percentage of the bass that will get weighed-in this week will be spawning bass?

So it could be a mixed bag of patterns and lures. Tell fans four lures you think the Elite Series field will lean on most this week at Toledo Bend.

I’d say a ChatterBait, a frog, a swim jig and a topwater of some kind.