When the dust cleared at Toledo Bend after the final weigh in on Championship Sunday John Murray took the title.

John Murray has fished 223 Bassmaster events and every Elite Series tournament ever held.  He entered Sunday at Toledo Bend as arguably the greatest angler to have never won an Elite Series event. Unarguably, John Murray is one of the most liked guys within the Elite Series field and that showed at the weigh in.  With an estimated 25 Elite Series anglers on hand watching, which is not typical, Murray weigh in a whopping 24 lbs 15 ounces to take home his first Elite Series victory!  Congratulations to John Murray and his family! 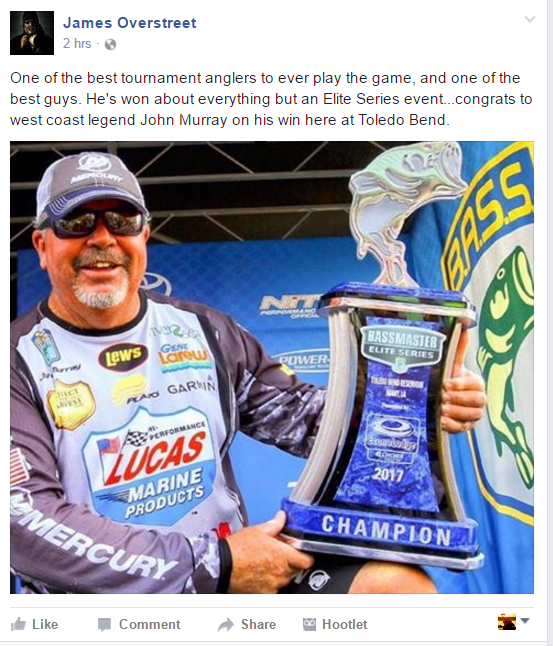 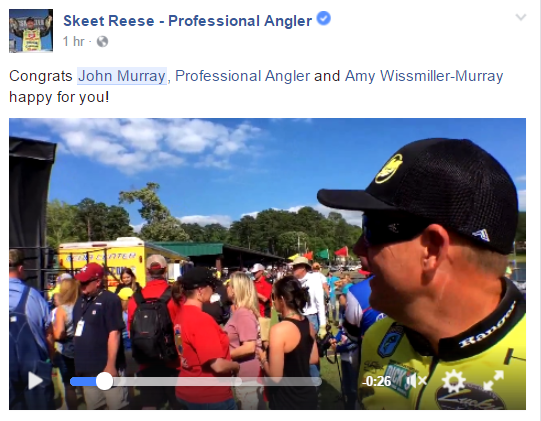 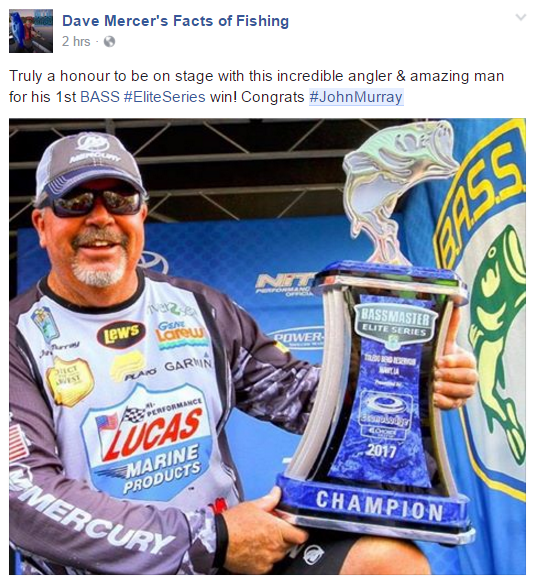 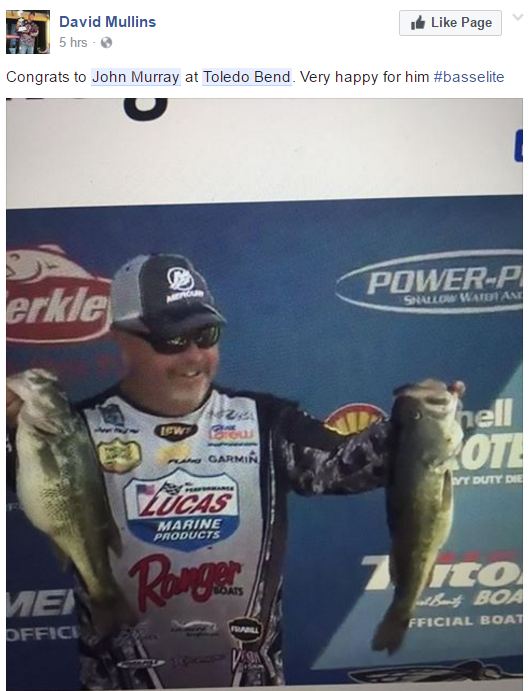 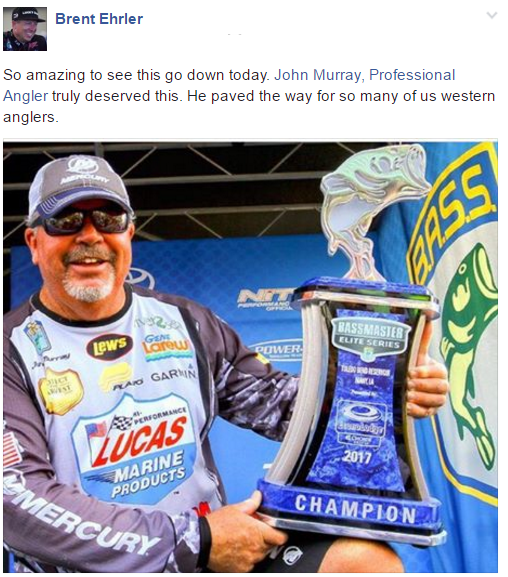 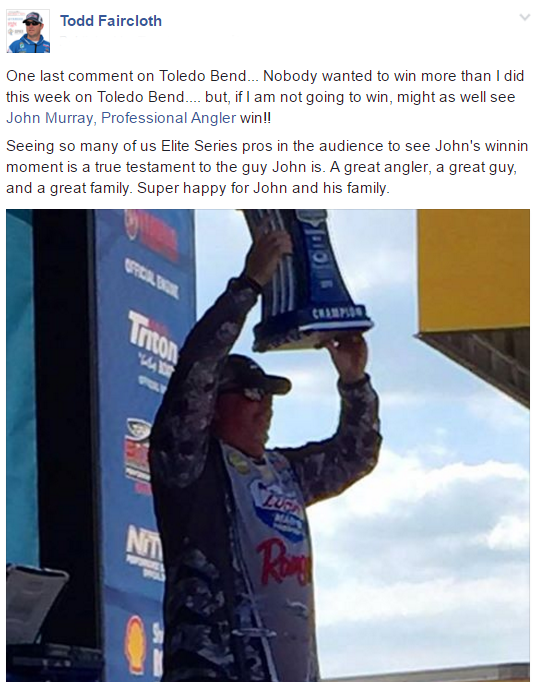