The only thing thicker than the humidity of the 61-degree air temps surrounding Lake Martin in the darkness of the final morning of practice for the Bassmaster Elite at Lake Martin presented by Econo Lodge, was the anxiousness of the world’s best bass pros to figure out how to catch a sizeable largemouth. 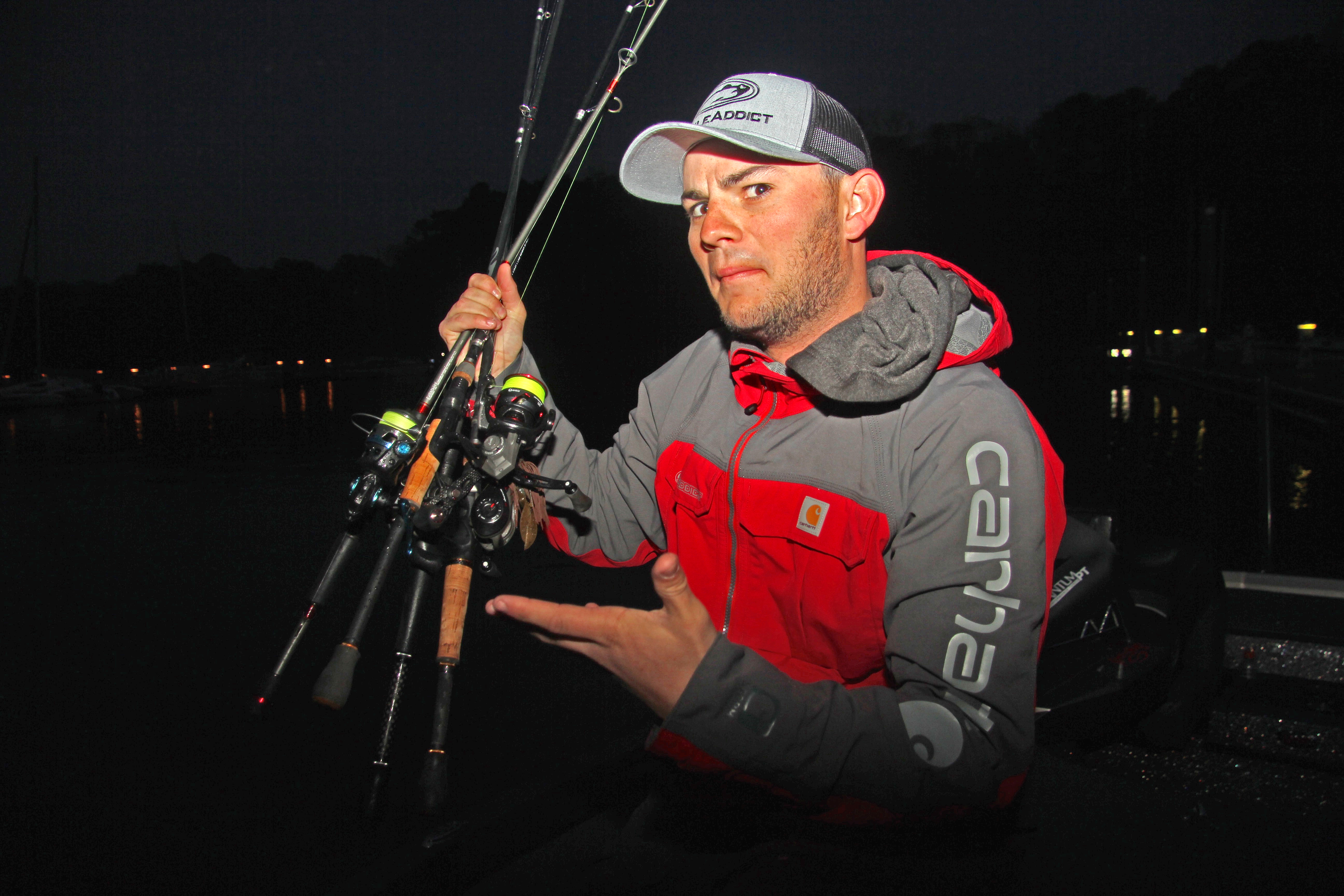 “Counting the time I spent here practicing last month before the lake went ‘off limits’ – this will be my 9th day on Lake Martin in the past couple months – and I still haven’t caught a 3-pounder,” says reigning Bassmaster Classic Champion Jordan Lee.

Despite not yet catching a fat largemouth, and fast approaching monsoon-like, lightening-laced rainstorms on his cell phone’s weather radar, the always easy-going and good-natured Lee was weather-ready in his Carhartt raingear, and taking it all in stride in the darkness of 6:00 a.m. Wednesday morning.

“The cool thing is, it’s kind of anybody’s ball game here on Martin, because it’s so tough to smash ‘em consistently for three or four days here,” says Lee. “You may see a guy jump out to the lead with a 16 or 17 pound limit on Day 1, but doing that consistently here is super tough. In fact, if you can average 13-pounds a day, you’ll be real tough.”

Consistent with his ‘it’s anybody’s ballgame’ theory, is the fact Lee says nobody in the 2018 Elite Series has a huge home lake advantage on this gorgeous 44,000 surface acre reservoir, even though several Alabama pros, including himself, are on the roster.

Lee graduated from Auburn, just a short 45 minute drive from Lake Martin, following his hugely successful time in the Carhartt Bassmaster College fishing ranks, but says he spent very little time fishing here during his time on the Tiger’s campus, choosing to instead hone his skills on fisheries where weightier limits awaited.

“I don’t mean this as a negative, but Martin is probably one of the lowest winning weight lakes in our state. There just aren’t a ton of largemouth here, and the spotted bass are typically 2-pounders,” explains Lee, whose new Ranger’s front deck was covered in 10 Quantum rod and reel combos.

Five of those reels were spinning, rigged with dropshots primarily for the plentiful spotted bass population, and five were Smoke baitcasters featuring a variety of orange/red crawfish colored crankbaits — and a skirted pitching jig – just in case he encounters a piece of habitat where that 3-pounder or better that’s eluded him through nine days practice might be hiding.