I knew the first time I borrowed Matt Lee’s bathroom inside the college rental home he shared with a handful of other anglers on Auburn’s campus that I was dealing with a special dude. 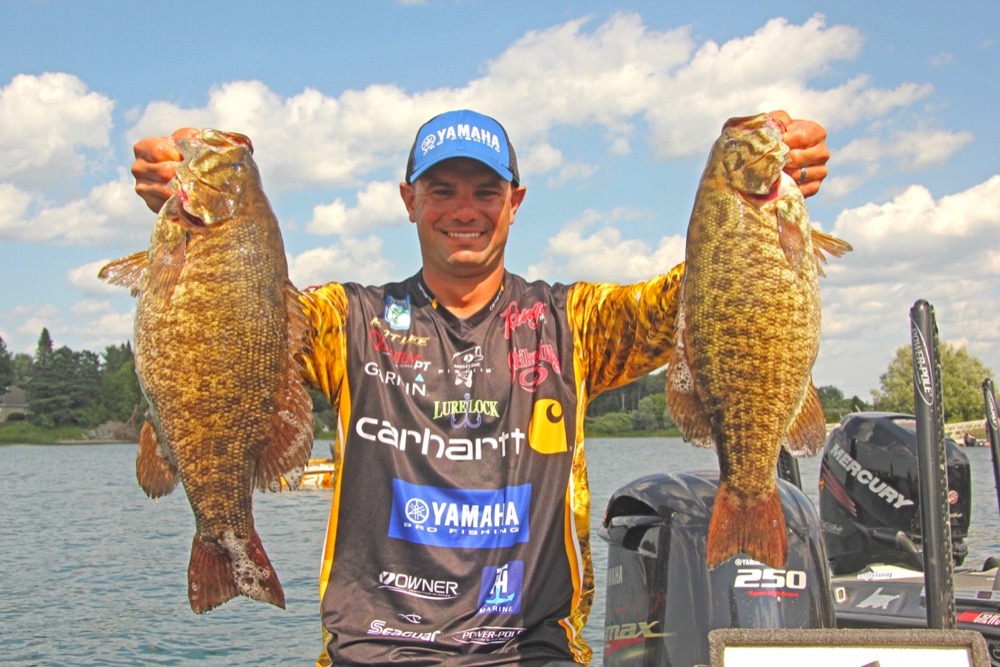 Oh sure, there were empty pizza boxes on the kitchen counter, bass fishing posters stuck on the wall, and copies of Bassmaster Magazine tossed on the coffee table, but just beyond the upper level engineering text books in his bedroom, were Post-it notes stuck to his bathroom mirror. They contained Bible verses the 2013 Carhartt College Series Bassmaster Classic qualifier had written to remind himself how his young life should be best lived.

That was nearly six years ago, and I’ve had the good fortune of working with Matt Lee ever since. So seeing him vault to the top of the Bassmaster Elite Series leaderboard here on the St. Lawrence River with a nearly 28 pound limit of record-setting smallmouth became special on a personal level.

Frankly, the dude is easy to cheer for. He loves Jesus. Still makes notes of his Bible readings. Holds dual engineering degrees from Auburn. Wears Carhartt britches. Fishes with Quantum reels. Tows with a cool Toyota Tundra. And he love, loves, loves to pick on me. I mean straight-up makes fun of me, right to my face.

The guy is a class act and a joy to work with. He always returns texts and emails. He grants fantastic, articulate interviews. Heck, he knows more about the science of social media than 83% of the marketing folks I know. Maybe 84%.

Plus, he has a smoking hott new wife with an RN degree, who might be smarter than him. His in-laws think he invented the Internet, ranch dressing, and fantasy football. And amid his convictions, still lives a man willing to drink a 96-calorie beer and sing Kenny Chesney’s, “Flora-Bama” aloud in a really bad harmony.

All that while constantly wearing an insulin pump strapped to his hip. “It’s really not a big deal when you think of the way worse problems other people have,” he’ll tell you about the pump.

See why I love the guy? And I’m not the only one. Just ask bass fishing’s funniest man, 2-time Toyota Bassmaster Angler of the Year, Gerald Swindle about Matt Lee.

“Let me tell you something about Matt – he may be the shortest Elite Series pro on tour, but along with Terry Scroggins, he may have the biggest heart out here too,” says Swindle. “And as an angler, Matt is underrated, overshadowed, and deadly. He’s a freakin genius when it comes to using his electronics,” warned Swindle en route to a boat launch port-a-john with a pocket full of Dude Wipes just before Day 2 blast off.

Heck, even Matt Lee’s mother-in-law loves him. “If I’d have tried to find a better man to marry our daughter Abby, I’ll promise ya, I’d have messed the whole thing up,” grins Cindy Myrex, a real estate agent on gorgeous Smith Lake, Alabama. “Matt is very genuine. He puts God first in he and Abby’s new marriage. He’s fun no matter what we’re doing as a family. There’s no drama with Matt Lee. I tell Abby if she ever decides to leave him – I’m staying with Matt,” she laughs.

But this week, everybody is together in Waddington. Cindy actually flew into Syracuse from Northern Alabama just in time to see her son-in-law soar to the top of the Day 1 leaderboard.

Now all she can do is keep Abby from looking at BASSTrakk dozens of times each day, and take comfort knowing that a lot of people are cheering for Matt, who believes as much as all of us that his life is under the guidance of something way bigger than a smallmouth’s willingness to bite his drop shot rig.