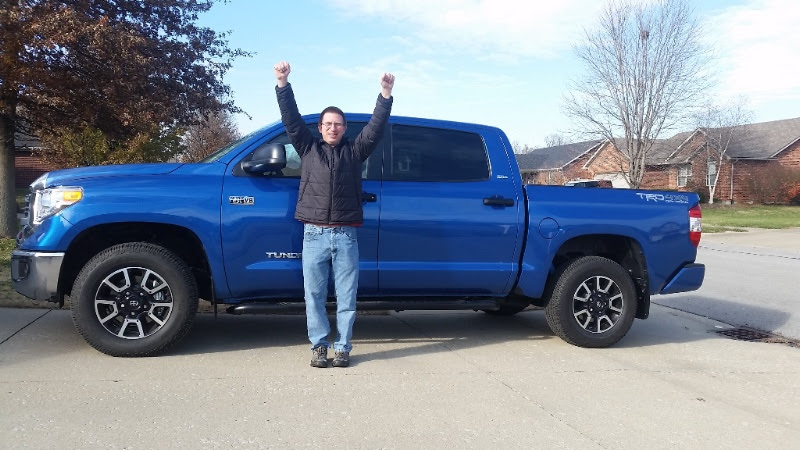 BIRMINGHAM, Ala. — An Indiana man and father of three entered the Bassmaster Toyota Tundra Ultimate Truck Giveaway more than 50 times. And it goes to show, the dedication paid off.

Mike Richmer of Sellersburg, Ind., who is a process technician for Beach Mold and Tool, won a 2017 Toyota Tundra in blazing blue pearl with genuine Toyota accessories.

He also was awarded items from B&W Trailer Hitches, Covercraft, Volant and Yakima, plus a $4,000 cash allowance. The total prize value was more than $44,000.

“I was leaving work on a typical Monday afternoon, ready to go home, and I saw the email stating I won,” said Richmer. “I couldn’t believe it. I showed it to my wife, who also entered a few times, and she didn’t get that email. So I called the contact number, and I was shocked to find out that I really did win.”

Richmer is an avid outdoorsman who enjoys hiking. The Toyota Tundra will be the ultimate tow vehicle for his camper.

“I entered every day,” he said. “I really wanted to win the truck.” He plans to take it on many camping trips with his family.