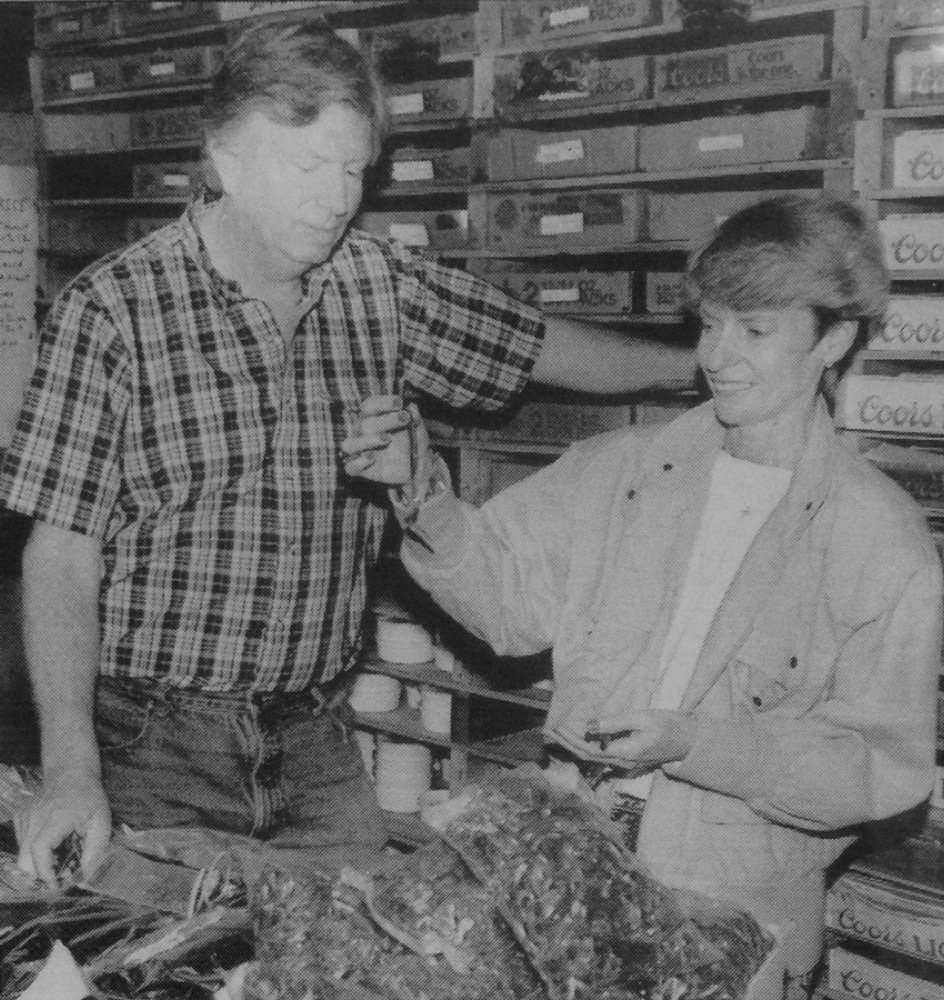 Mr. Chambers was a fighter his entire life, as he would never settle for anything less than perfect. If a good mousetrap existed, he’d find a way to make a better one. Striving for perfection is how he built Zoom Bait Company. Chambers started Zoom in his backyard as a hobby, which included countless hours after his day job. It began in a one-horse barn with sawdust floors. This became the foundation and backbone of Zoom Bait Company, which was founded in 1977.

Zoom was family owned and operated since day one. As the saying goes, behind every man is a great woman. Faye Chambers stood by his side making countless sacrifices in the early days as the company was just getting started. Often, she was found on the living room floor bagging worms and loading their station wagon, so she could deliver them to UPS.

The company began to grow with the help of close friends and fellow fishermen from the Athens Bassmasters. Eddie Wortham, while still in high school, was the first employee hired by Chambers. Today, Wortham still works at Zoom as General Manager.

In 1988, Chambers realized that his hobby had turned into a big business. At this point, Chambers believed it would take the entire family to make this work. Eddie Jr., graduated from UGA and returned to the family business, while younger sister Kym pursued a nursing career. Kym graduated from college and worked as an RN for several years. Eventually, she joined Zoom to fill her mother’s shoes, when Faye decided to retire.

Chambers was a humble man, who never saw himself as famous. He was completely content working seven days a week seeking constant perfection. This was evident in his second hobby, making handmade balsa crankbaits. W.E.C. Custom Lures was his passion. W.E.C. was born around 1992 and, by the mid 90’s, was in full swing. With the help of close friends, Chambers developed many crankbait models that are highly sought after to this day.

All who knew him will miss Mr. Chambers, but for us here at Zoom, we are honored to have had such a wonderful leader, mentor and friend.

Funeral arrangements are pending and will be announced when they become available.