Mike Iaconelli jumped out of his Toyota Tundra shaking his head in amazement at the weighty limits of smallmouth that were brought to the scales on the first day of competition at the Bassmaster Elite Series on the St. Lawrence River.

“They smashed ‘em yesterday!” exclaimed Iaconelli, as he removed the motor toter from his Yamaha in preparation for Day 2 launch.

Fact is, Iaconelli smashed them too. He brought 20 pounds to the scales, yet still, it was only good enough for 14th place.

“These fish have so much to eat, such an incredible forage base, they’ve just all grown up and gotten bigger over the years here,” says Iaconelli in reference to his 20 years of tournament fishing experience on the massive St. Lawrence that connects Lake Ontario to the Atlantic Ocean.

“In the 1990s it was all about largemouth fishing near Clayton and Alexandria Bay, and then, the gobies invaded Lake Ontario, and the smallmouth fishing got really good in the big lake. But these days this main river right here near Waddington is so healthy with a smorgasbord of forage to feast on that the smallmouth are just flourishing,” says Ike.
“When I caught fish in practice here earlier this week, they spit-up everything from gobies to smelt, plus tiny perch, crawfish and alewife. It’s crazy how much food they have to eat here,” explains the 2006 Toyota Bassmaster Angler of the Year.

The leaderboard proves Ike’s theory correct. His Toyota teammate, Kevin VanDam busted a massive 24-pound limit anchored by a 6-pound beast of a bronzeback, and those who caught a typically very respectful 15-pound limit, found themselves all the way down in 80th place after the first day of competition.

So what lures does Iaconelli lean on most for mimicking the smallmouth-growing groceries of the St. Lawrence?

Tube Jigs – “Green pumpkin with black fleck, or watermelon with gold fleck are my two favorites, and they both resemble so many of the natural forage these fish feast on.”

Drop Shot – “I’m loving the brand new Berkley PowerBait MaxScent Hit Worm that just came out at the ICAST show last week. Smallmouth are all about feeding by scent and sight, and not only does that bait look natural, but it’s packed with scent too.”

4” Swimbait – “It seems like the biggest smallmouth always bite a swimbait because it’s just a hair larger than the other lures they see a lot of. And while big smallies may not eat as often, when they do, it seems like they want a big meal.” 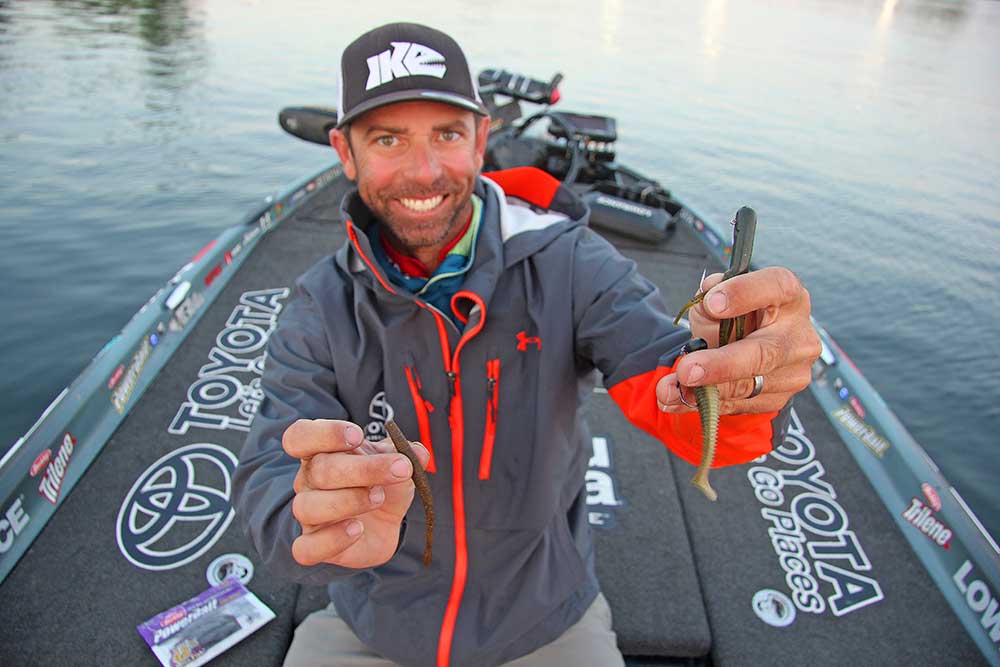 Iaconelli might not be the part-time chef that Terry “Big Show” Scroggins is, but he certainly knows what to feed a smallmouth, and here on the St. Lawrence River that includes a wide variety of ‘groceries’ and lots of them.