Mike Iaconelli cut his early angling teeth on the St. Lawrence River, and more than 20 years later, the smallmouth infested river connecting the Great Lakes to the Atlantic Ocean still holds a special place in his heart. 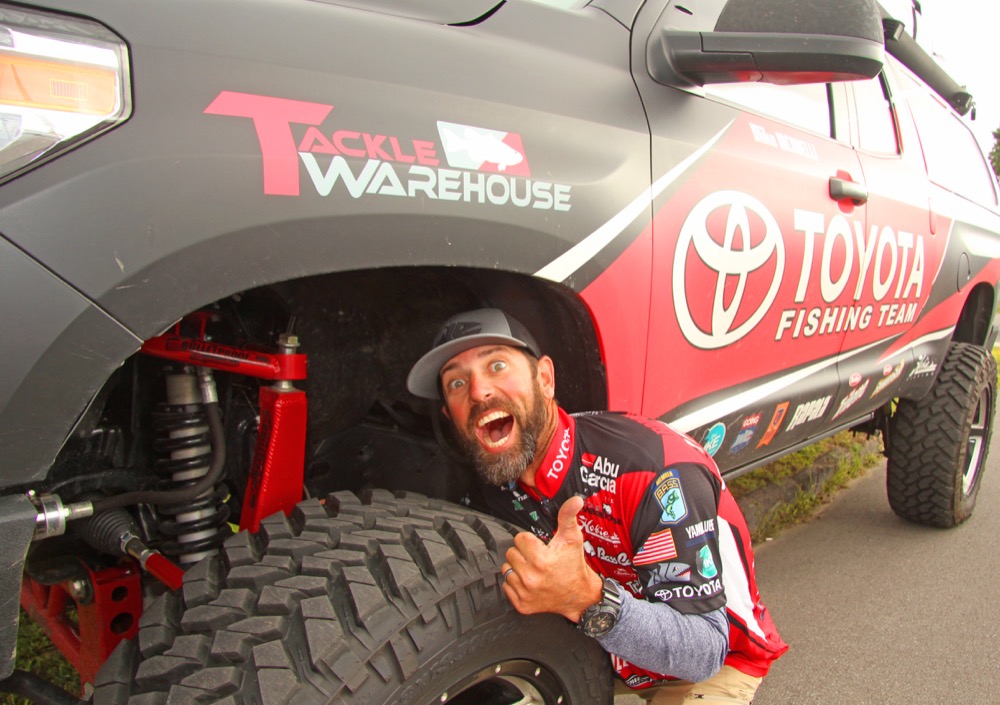 Comically, “Ike” crawled out from the wheel well of his jacked-up Toyota Tundra to talk about the famed fishery on the New York-Ontario border prior to the start of Bassmaster Elite Series competition.

Q: What are your best early memories of fishing the St. Lawrence River?

Ike: Well, first of all, it wasn’t near as good of a fishery back then as it is now. The gobies have improved the smallmouth population in a huge way. Back in the day, you either stayed in the river and tried to win with largemouth, or you ran to Lake Ontario trying to win with smallmouth. And I did all that running around in an 18-foot boat with a 150 hp engine. But the one thing that’s never changed is the scenery. This place is incredible.

Q: Amid all the great memories, what’s the one thing you love most about this place?

Ike: I love the diversity of the smallmouth fishery here. You can catch smallies on a swimbait in a foot of water, or you can catch them 50-feet deep on a jigging spoon. And I love the fact that this river has current to contend with. The current adds another complexity that we don’t have to deal with very often. Trout anglers would probably do really well here because they’re so good at reading current.

Q: If the drop shot is king here, what lure deserves to be queen?

Ike: I’d say an old skool tube. The tube has caught smallmouth here for 40 years, and it still does.

Q: How many limits over 25-pounds can fans expect to see weighed-in here on Day 1?

Ike: Wow! A 25 pound limit is really, really tough to catch, because you’re talking about a 5-pound per fish average. So I’ll say only one 25-pound limit will be caught on Day 1, but you’ll see lots of 23 and 24-pound limits.

Q: It’s ‘back to school’ time and you’ve got four children you’re super proud of. Give us an update on the kiddos.

Ike: Yea, man, this is the first time ever that all four kids have been in school at the same time. Drew is a sophomore at Johnson & Wales in Miami, Florida. Riley is a freshman at Louisiana State. Vegas started second grade, and Stella started kindergarten.