Iaconelli: Last One Out, First One In

His Tundra’s tire tracks were barely dry on the boat ramp from the end of Tuesday’s extremely long practice day. But at 6:20 a.m. Wednesday, in the dark of pre-dawn, nearly 30 minutes before sunrise, Mike Iaconelli was the first pro back on the launch ramp at the Toyota Bassmaster Angler of the Year Championship on Lake Mille Lacs. 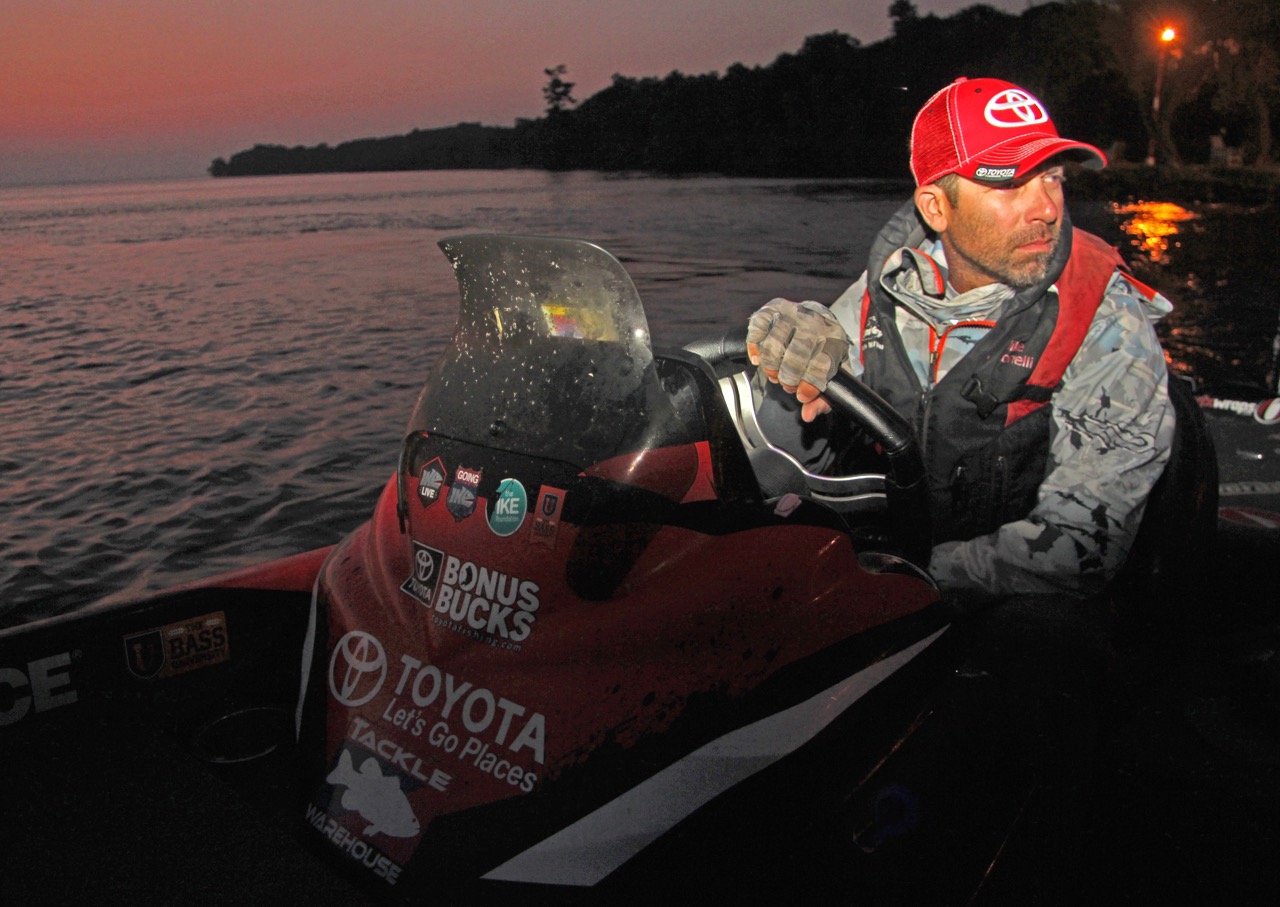 If you’re thinking this is a reflection of Iaconelli’s competitive way of trying to arrive earlier and stay later than his fellow pros, you’re off track. If anything, it’s simply a strong desire for self-improvement that motivates him to work as hard as possible. And most days, that involves launching in the dark, and fishing as late as the rules and available daylight will allow.

“There’s a little extra pressure to go and work hard here at Mille Lacs, because I need a Top 10 to make the Classic, but really this is the ‘go early and stay late’ routine I’ve had throughout my entire career,” says the 2006 Toyota Bassmaster Angler of the Year.

“I’m not saying I work harder than anybody else, but what I will tell you is that I don’t think I’m as naturally talented or gifted as guys like Aaron Martens, Kevin VanDam or even some of the young guys like Brandon Palaniuk – so I try to work extra hard, and put in as many hours as I possibly can, just to stay competitive against guys like them,” says Iaconelli in a voice rich with humility and respect.

Everybody has their own approach to practice. Steve Kennedy is known for sometimes trading time on the water during practice for quality time with his family, yet he’s had a great career. But Iaconelli learned very early in his career, that for him, an extra hour or two on the water in practice, can make a big difference in where he lands in the tournament standings.

“My first career pro win was a Bassmaster Top 150 on Lake Champlain in 1999 from a school of 3-pound smallmouth that I found in the final hour of practice, and that taught me how an extra hour or two in a practice day can make a huge difference,” he says.

Even with a stellar career in his rearview mirror, Iaconelli continues to be his own toughest motivator. And in a tournament where anything less than a Top 10 will likely break his streak of 16 straight Classic qualifications – don’t be surprised if he’s the last one to leave the lake from practice Wednesday afternoon.