Iaconelli: I Need this Day

Mike Iaconelli notched three Top 10 finishes on Lake Conroe during three Toyota Texas Bass Classic events in recent years. Still, he was a bit of a stressed-out mess amid a 1-hour fog delay on the final official practice day for the 2017 Bassmaster Classic, on the Southeast Texas reservoir he knows so well. 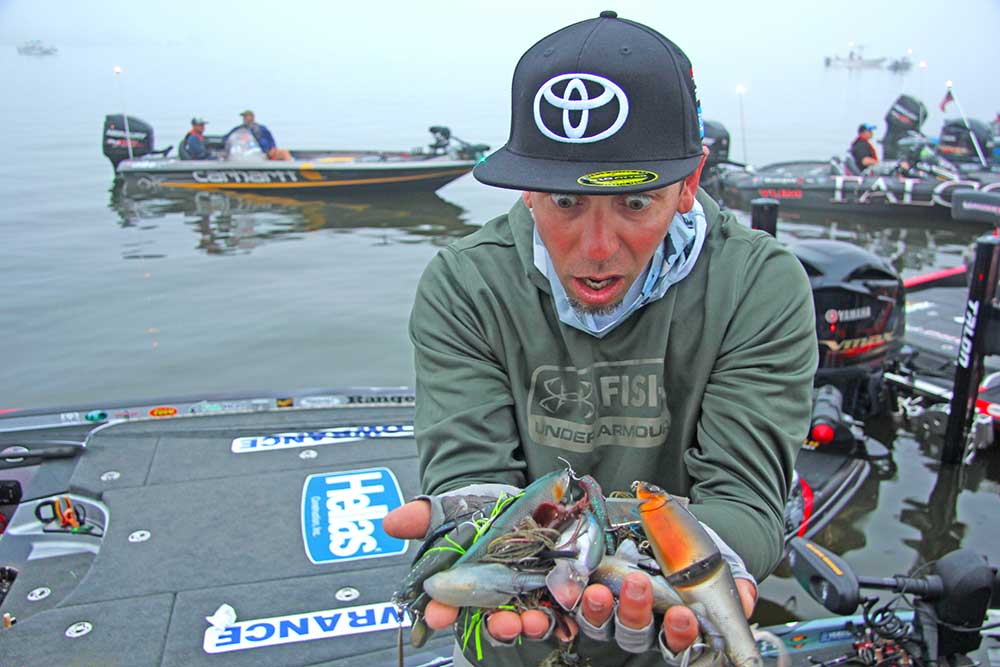 “I need this day!” Iaconelli confided in me as I walked past him on the wooden pier he and 51 of the best anglers in the world had their boats tied-up to.

“It’s springtime, things are changing every day, and I don’t feel like I’ve totally figured out the puzzle yet,” says the passionate New Jersey pro.

His nervousness isn’t a reflection of his lack of effort or preparedness. He visited Conroe in December on a solo scouting mission, and then, like all 52 Classic qualifiers, had three long days of official practice this past Friday, Saturday and Sunday.

“Things have changed since Sunday, we’ve had cooler nights, fish are in all phases of the spawn here, they’re constantly moving between shallow and deep water, and nothing I accomplished here in those three Toyota Texas Bass Classic events really matters at all – zero actually – this is spring time – those were autumn events,” Iaconelli insists.

Don’t believe him? Then chew on the fact he has no GPS waypoints saved from those previous top finishes on Conroe.

“I don’t save waypoints from old events. You gotta start fresh, especially when the seasons are so different,” says Iaconelli.

More mind-boggling, is the fact he caught a bass bigger than 8-pounds during every single day of each of those three previous tournaments – yet still, no waypoints.

And that’s the mentality that separates weekend warriors from world champions. Amateurs fish history. Returning to ‘spots’ where they caught ‘em before – despite the season or conditions.

Pros like Iaconelli are driven to fish in the moment – even despite incredible past success.

“The only things I can take from my past experiences here, are things like lure color and maybe a general area of the lake – but specific spots where I caught ‘em in the past have zero to do with this week,” emphasizes the 2003 Bassmaster Classic Champion.

“I break the life cycle of a bass into four seasons – winter, spring, summer and fall,” he says. “This is spring, and there’s no greater time of change for a bass each day than right now – that’s why I have eight casting reels and four spinning reels on the deck. I’m trying it all,” illustrated Iaconelli.

By 8:00 a.m., much to “Ike’s” appreciation, tournament director Trip Weldon announced the fog was clearing, and conditions were becoming safe enough to begin the final official practice day of the 2017 Bassmaster Classic on Lake Conroe.