Jamie Hartman loves his current job as a “part-time truck driver” far more than the 10-years he spent hauling paper products around Central New York near his home waters of Oneida Lake. 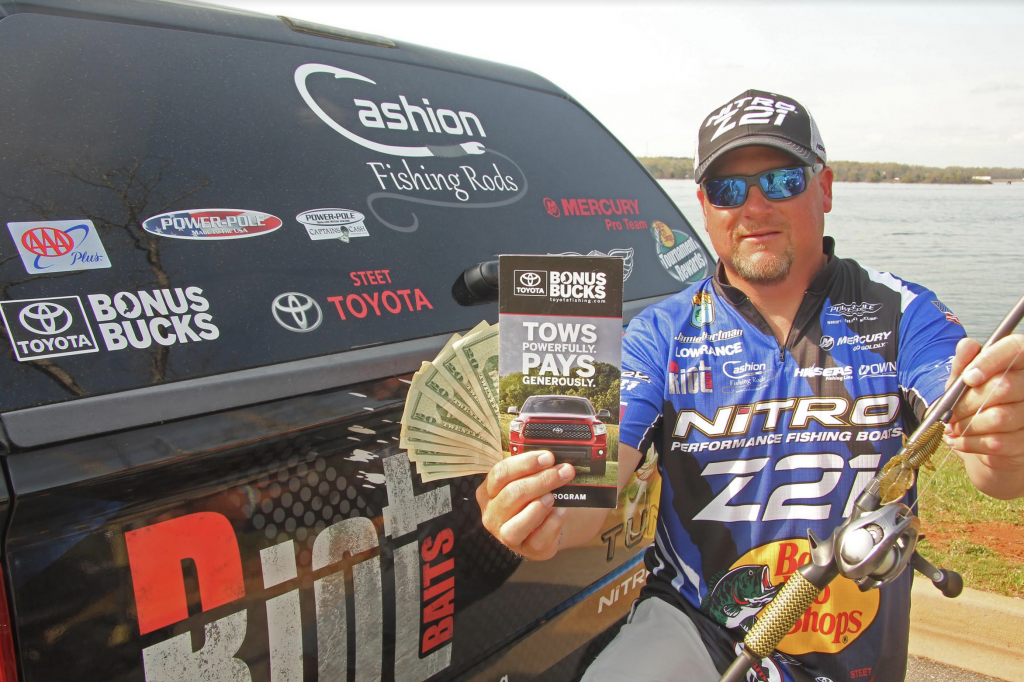 Now, as a full time Bassmaster Elite Series pro, Hartman still drives a truck 40,000 miles a year, but it’s a Toyota Tundra, not an 18-wheeler, and pro angling is actually his full time profession.

“Let me be honest, there was absolutely nothing great about being a truck driver except they agreed to give me all the time off I needed to go fishing. Which pretty much meant if I wasn’t driving truck, I wasn’t getting paid,” says Hartman, who loves the towing power of his Tundra.

Hartman made one of the most daring and documented career moves in modern day pro angling history when he resigned his trucking job, put everything he owned in a storage facility, and went all-in on a career as a Bassmaster pro.

Things are working out just fine.

He’s won prize money in 75-percent of the B.A.S.S. tournaments he’s fished, and just cashed-in on Toyota Bonus Bucks for his 8th place finish at the Bassmaster Elite Series event on Lake Hartwell. Because like all Bonus Bucks sanctioned events – you don’t have to win the tournament to win the Bonus Bucks, you simply have to be the highest finishing registered participant.

You also don’t have to be a pro to cash in on Toyota Bonus Bucks. You just have to drive a 2015 or newer Toyota Truck, sign up Free for Bonus Bucks, and like Hartman, be the highest finishing registered participant in one of the dozens of local and regional tournaments supported by the program.

To learn more, please visit www.toyotafishing.com, or call (918) 742-6424 and ask for Kendell or Jarrett and they will help you get signed-up.