Hackney Knows He Has to Spin to Win

Lake St. Clair is one of America’s all time greatest smallmouth fisheries. But when the Bassmaster Elite Series visited the Detroit area fishery in 2013, Greg Hackney chose to fish for largemouth based on the fact smallmouth looked more like retired Pistons point guard Isaiah Thomas than current Lions left tackle Greg Robinson. 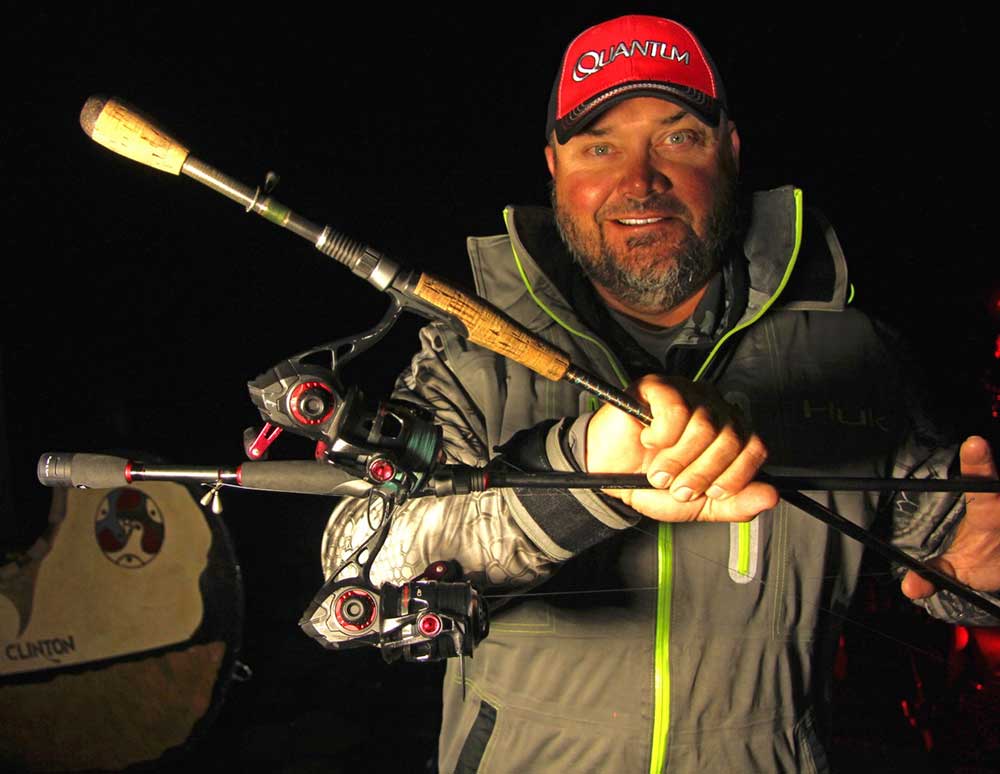 “I don’t know what the deal was on St. Clair four years ago, but the smallmouth looked sickly, like they were starving. You’d catch a fish that should have weighed 4-pounds and he’d only weigh 3-pounds,” remembers Hackney.

“After a couple days of practice, I finally stumbled into some healthy largemouth and decided I had a better chance to do well catching those than skinny smallmouth, so I pitched a Strike King Menace around on a ¾ ounce Texas rig and caught enough largemouth to finish 18th,” he recalls.

“But that ain’t the case this week – these Smallmouth are healthy right now – and I’ll be fishing for them exclusively with spinning tackle,” confirmed Hackney before Day 1 launch at the Advanced Auto Parts Bassmaster Elite on Lake St. Clair.

While he may be fishing finesse techniques this week, it won’t be with undersized spinning reels. Hackney is religious about his love of larger spinning reels – and for good reason.

“A lot of people buy size 25 and 30 spinning reels for bass fishing, but I use a size 40 Speed Freak from Quantum because it holds more line, and leads to far less twists and tangles than a smaller spinning reel – especially if I’m using straight fluorocarbon line with no braided line,” explains Hackney.

“Like most guys, more times than not, I’ll use braid with a 7 to 8 foot long fluorocarbon leader on my spinning reels, because braid doesn’t twist nearly as bad, especially when you’re fishing a nose-hooked drop shot bait that’s spinning downward with each vertical drop you make,” he explains.

“But no matter what line you use, a bigger spinning reel just offers you better line management, and faster line pick-up. With that 6.2:1 gear ratio, you’re picking up about 39-inches of line with every turn of the handle,” he explains.

Known as a gritty shallow water stick, the Louisiana pro admits his favorite two ways to catch a bass are top water froggin’ and pitching to heavy cover, but what you love, verses what pays the bills are two very different things.

“That’s the life of an Elite Series pro, if you’re not willing and able to be versatile out here, this bunch of anglers will eat you alive. And if you can’t fish all the different techniques, you’ll starve,” concludes the highly accomplished Hackney.