Get Schooled by Oklahoma Native, Edwin Evers, as The Bass University Takes on Tulsa!

MLF Bass pro and prior Bassmaster Classic angler Edwin Evers is one of six presenters at The Bass University’s fishing classes in Tulsa, Oklahoma on January 12-13 at the Osage Casino from 8am to 5pm. The program is supported by the Grand River Dam Authority (GRDA) and the Tulsa Sports Commission. During the seminar, anglers of all skill levels will learn new tactics directly from the top professional anglers and gain confidence in their skills and techniques. Attendees can ask questions during the round-table discussion and rub elbows with the pros during the pre-seminar reception and group breakout sessions. They also receive special offers from sponsors of The Bass University and have a chance to win great prizes. 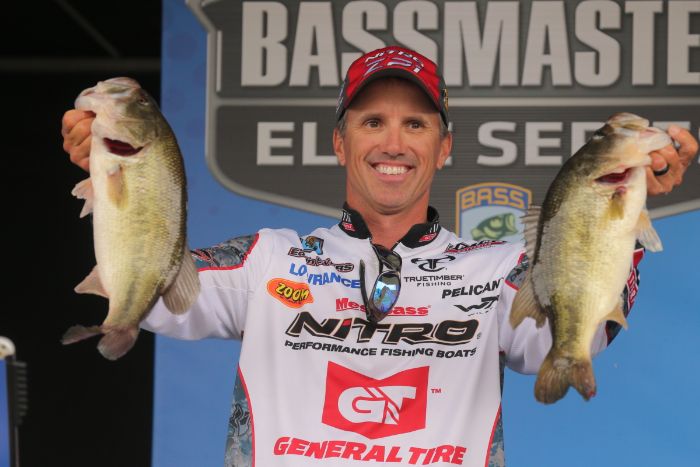 Interested anglers can register online at TheBassUniversity.com/class-training to guarantee a spot in the class. Walk-in registrants are welcome, if space allows, starting at 7:00 a.m. on Saturday and 7:30 a.m. on Sunday. Special rates are available for students and youth under age 18.  Groups discounts are available as well.

The Bass University offers an online video library of over 500 classes covering a wide range of bass fishing topics, conditions, techniques, etc., with a new class added each week. Preview videos and information about monthly and annual subscriptions are available at Bass U tv. Interview and on-air guest opportunities are welcomed.

Even before he won the 2016 Bassmaster Classic, Oklahoma pro Edwin Evers was already on track to be one of the all-time greats. He’s qualified for 18 Bassmaster Classics, including nine in a row, and has won an amazing 11 B.A.S.S. tournaments on all different types of fisheries. Whether it’s sight fishing in Florida, “video gaming” on the Great Lakes, or cranking an offshore ledge on one of the TVA impoundments, he’s a master of the technique, and can explain the intricacies in simple terms. The now MLF Bass Pro, Evers is excited to share his fishing know-how with attendees.
FIRST TOPIC: Jigs: A Customized Approach
SECOND TOPIC: Bait Spawns

Since coming to the United States, Australia’s all-time leading money winner has proven that he’s a two-continent superstar. He’s earned top ten finishes on both major circuits, everywhere from Texas to Alabama to the Thousand Islands of New York, while proving himself highly versatile on the water and a social media juggernaut in front of the camera
FIRST TOPIC: Giant Swimbaits for Giant Tournament Bass
SECOND TOPIC: Total Boat Control

Since winning the 2013 TBF National Championship, and its accompanying “Living the Dream” package, Mark Daniels Jr. has proven himself to be one of the most talented and adaptable pros on tour. He’s fished three Forrest Wood Cups and qualified for two Bassmaster Classics. Whether it’s slinging a big swimbait or dropping a Ned Rig on deep smallmouths, as he did during his Elite Series win on Oahe, nothing fazes this rising star.

James “Worldwide” Watson has one of the sharpest senses of humor in bass fishing, if not the entire sports world, but he backs it up with an ability to catch bass anywhere they swim. Watson, now an MLF Bass Pro, contributed to popularizing big fish tactics like the Whopper Plopper and flutter spoons around docks, and he’s won both a Bassmaster Central Open and an FLW Tour event on the way to qualifying for one Classic and three Forrest Wood Cups.
FIRST TOPIC: Spoon Jackin’
SECOND TOPIC: The Ploppin’ Life

Former All-American wrestler James Elam has taken the discipline developed on the mat and translated it to the water, where he’s qualified for four straight Bassmaster Classics. Along the way, he’s won two Central Opens, plus the 2018 Toyota Bassmaster Angler of the Year Championship on Lake Chatuge. More amazing than the fact that he’s finished in the money in over 60 percent of his B.A.S.S. tournaments is his ability to finish close to the top – nearly a third of the time in the top 20, and over 40 percent of the time in the top 30.

The Squirrel, now a MLF Bass Pro, has competed in eight Bassmaster Classics and won both a B.A.S.S. Central Invitational and an FLW Outdoors Texas Tournament Trail event on Lake Travis. While he hails from Oklahoma, where muddy water power fishing is often the key to success, he has also proven himself particularly adept with finesse fishing techniques. Any time he’s not competing on tour he’s likely in his offshore boat, looking to tussle with even bigger quarry.
FIRST TOPIC: Different Tournament Strategies – Five fish limits vs. Every Fish Counts
SECOND TOPIC: Catching Suspended Bass

ABOUT THE BASS UNIVERSITY

Founded in 2010 by Mike Iaconelli and Pete Gluszek, The Bass University (BU) offers acclaimed bass fishing education programs in three formats: online, in the classroom, and on the water. Their motto is “Never Stop Learning”. The Bass University strives to build effective programs that help anglers of all skill levels gain confidence in new tactics and techniques to catch big bass consistently. Each year during the off-season of tournament bass fishing, The Bass University offers four 2-day classroom training programs taught by today’s top bass anglers. During warm weather, BU offers personalized on-the-water instruction with a top pro angler in one-on-one or small group sessions. Anglers around the world—from Japan to Australia, South Africa and beyond—subscribe to Bass U tv, an extensive, online library of instructional videos.

ABOUT THE TULSA SPORTS COMMISSION

The Tulsa Sports Commission, Inc. (TSC) was created in 1993 as a 501(c)(3) not for profit organization to create a positive economic impact in the Tulsa region through attracting, developing and facilitating amateur sports events, sports-related conventions and other sports ventures. The TSC is a founding member of the National Association of Sports Commissions (NASC) and is an integral part of Tulsa Regional Tourism’s efforts to showcase Tulsa as a preferred destination.

ABOUT THE GRAND RIVER DAM AUTHORITY

All students receive a tee shirt and a loaded gift bag full of tackle and special offers from our sponsors.