Jacob Foutz is one of few 22-year olds on the planet who can say they’ve competed in the Bassmaster Classic. The 2017 Carhartt Bassmaster College Series Champion represented college anglers on bass fishing’s biggest stage just a few short years ago and now serves as a fishing guide on Lake Chickamauga, the site for this week’s Guaranteed Rate Bassmaster Elite. 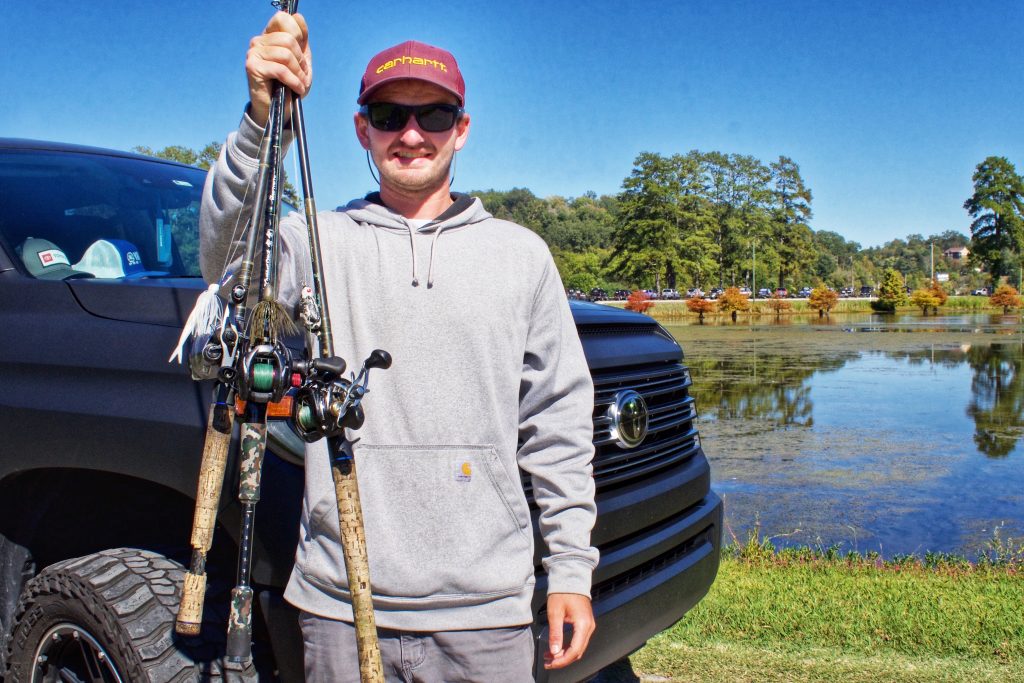 In mid September Foutz won a two-day BFL Super Tournament that went out of this week’s venue and he attended college right here in Dayton, Tennessee at Bryan College.

Furthermore, he recently left a workingman’s job at Coca-Cola Consolidated due to his guide business on Chickamauga being busy enough to merit him going full-time with it. Plainly stated, Foutz has spent a ton of time on this fishery in recent years.

Dave Mercer nicknamed Foutz “The Paper Boy” back in 2018, so we asked the former college fishing standout to deliver the news on what Elite Series pros might face this week on “The Chick”.

Q: Will Lake Chickamauga’s famous Tennessee River Ledges be dominant in a four-day tournament this time of year?

Foutz: “I wouldn’t completely write them off, but in my experience the offshore bite struggles when they start dropping the water level during the fall drawdown. They’ve already began that process but we aren’t all the way to winter pool just yet.”

Q: What are three lures anglers at the top of the leaderboard will be throwing this week?

Foutz: “I would personally say a frog but lets broaden that to some kind of topwater, as schooling fish could be a factor. Second would be a punching or big weight setup, and lastly I’d think a bladed jig.”

Q: Based on those lures, do you think Chickamauga’s grass will be a focal point for Elite Series pros this week?

Foutz: “There will definitely be a lot of anglers fishing in and around grass, but this lake offers all kinds of cover guys could catch bass out of. Docks, brush piles, shallow wood, current and rocks all might be in play when the lake is fishing as tough as it is right now.”

Q: What region of the lake do you think the tournament will be won in?

Foutz: “The majority of multi-day tournaments on this lake are won on the lower end, but due to the fickle nature of fall fishing I genuinely believe this event could be won anywhere. There are quality fish swimming everywhere in here; I’m talking dam to dam. But getting five of those fish in the boat everyday will be a chore.”

In summary, Foutz is calling this tournament “wide open”. Recent local tournament weights aren’t indicative of just how many giant bass live in this lake and someone in the Elite Series field is sure to crack the code.

If you are interested in booking a guided trip with Jacob Foutz on this legendary fishery or several others in the area follow this link and set something up! https://www.jacobfoutzfishing.com/