Austraiian angler Dean Silvester made the trip over to fish the 2017 Bassmaster Nation Championship on Lake Hartwell. He made a definite impact finishing in 7th place with 29-08 lbs just over 3lbs shy of a Bassmaster Classic berth.Here is Dean’s recap of the event. 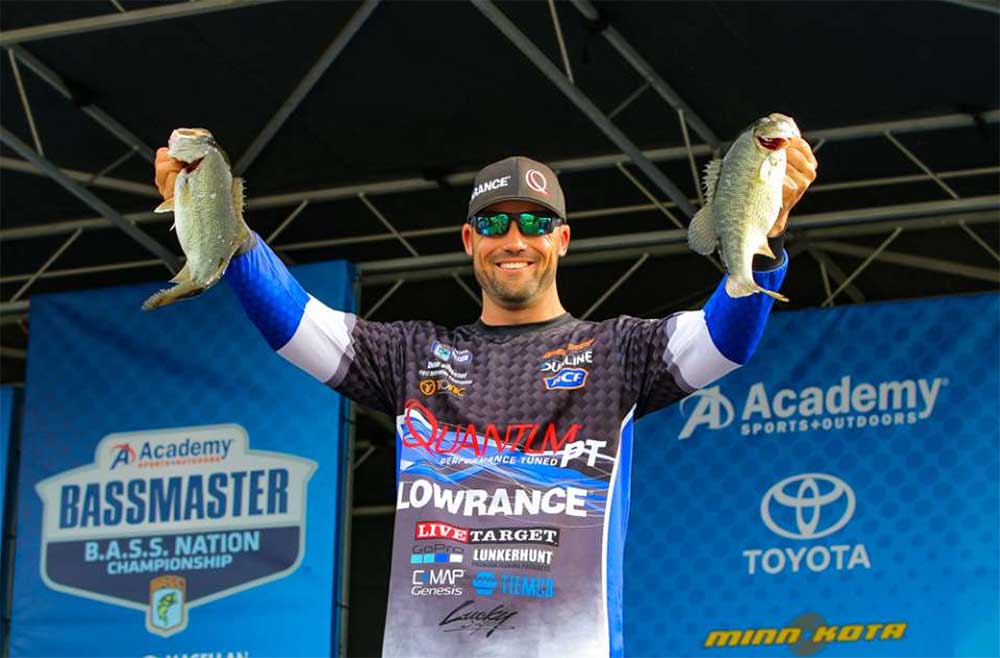 I was loaned a Skeeter/Yamaha boat from Palmetto Marine a day prior to the event, the boat was running Lowrance Gen 2 units and I was able to run the un-encrypted C-Map chart for the lake prior to the practice days.

From research on the web I had decided on some areas I would start in and then formulate a plan from there. I managed a few fish and slowly started to pattern these fish, not to say my pattern was the best but for me it was something that I could replicate across the lake. I had read that schooling fish and bait would be a big deal and as simple as it sounds if you didn’t have bait around you visually then you didn’t catch many fish. I used the map to find humps and long running points towards the backs of bays and creek entries, any that had bait or schooling fish around them would be easy enough to catch fish from.

In the practice we had cloudy weather and windy days, the bigger fish responded best to quickly retrieved jerkbaits and chrome topwaters. I was able to fill a small limit easily on several locations using drop shot however I knew I would only rely on these smaller fish if I was struggling for a limit.

First day of the tournament and the weather had changed completely and most of the fish from the area I had found them in practice had moved on, either ate all the bait or the bait had moved further up the creeks. So again I simply started with my C-Map chart and practically practiced in the first day of the tournament trying to relocate some fish, with the calm sunny days in the event the fish were much less active and would only respond to my chrome topwater first thing in the morning.

I noticed the bass chasing herring under the surface and all that could be seen was a small bow wave ripple on the surface. I modified a translucent topwater lure to weight it slightly below the surface, when walked slowly back it would create a similar ripple to the shad and would call up fish from the tops of trees and outside of humps and ridges that I was fishing. I managed 20-30 fish a day on this technique and lost a few that had swiped at the lure or not quite committed to it. If I saw some fish on the Lowrance unit and did not have a limit yet I would quickly fill my bag on drop shot knowing I will fish better with a full limit. I also noticed that catching the fish on drop shot would get the fish fired up and i could catch a few on topwater as well before they went back down.