Two freshmen from one of the smallest colleges in the field, not only won the 2017 Carhartt Bassmaster College Series National Championship, they dominated it.

Jacob Foutz and Jake Lee, from faith-based Bryan College near Lake Chickamauga in East Tennessee, led all three days, before winning by 5-pounds. 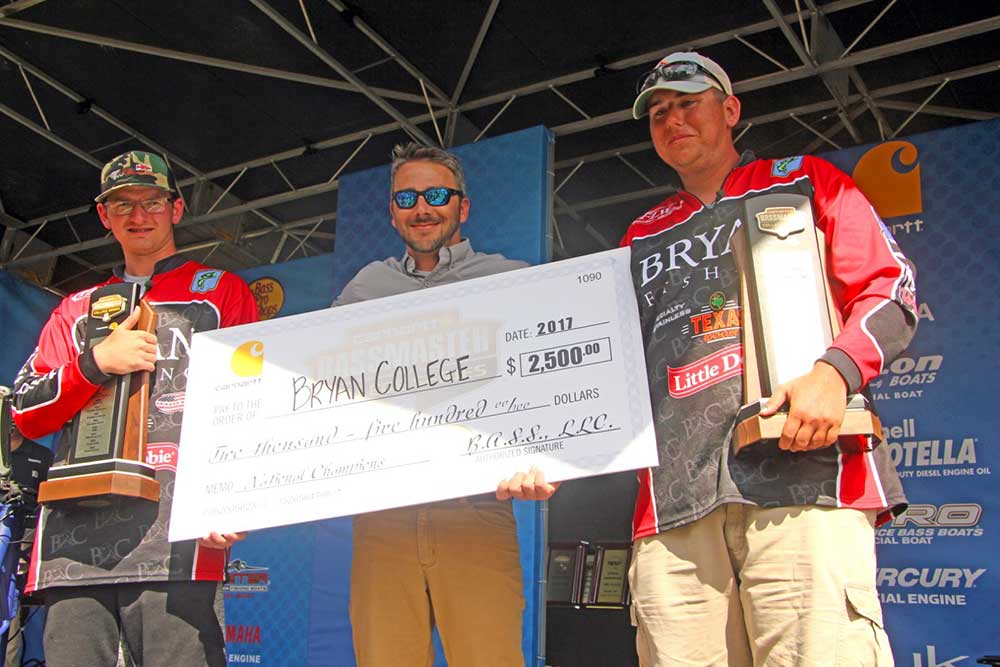 “There was a peace about us all week. We knew it was all in God’s hands,” says Lee.

The young team idled out of the south end of Lake Bemidji each day, through a narrow portion of the Mississippi River into Lake Irving, to catch their fish.

“We made so many laps around Lake Irving, we feared we might run out of bass to catch, but thankfully we never did,” added Lee.

The two freshmen averaged 16-pounds per day, with a winning weight of 49 pounds 15 ounces, and caught most of their fish by pitching black/blue and green pumpkin Strike King tubes on 20-pound line around shallow shaded docks.

“We caught a few fish on frogs really early in the morning, but as soon as the sun got up, that bite died fast,” explains Lee.

This is only the third year that Bryan College has been involved in competitive fishing, and Coach Mike Keen says the small school’s President is their biggest fan. “We get tremendous moral and financial support from the college, and our President even had garages constructed for the kids on our team to keep their boats in,” smiles Coach Keen.

The youngsters will now compete in a bracket format against anglers from the top three finishing teams, including John Garrett. He won the bracket format last year, and subsequently gained a berth to the 2017 Bassmaster Classic last March on Lake Conroe.

This year’s bracket tournament takes place 90 miles down the road from Bemidji on Serpent Lake, MN. At its conclusion, on Wednesday, August 16th, one angler will qualify for the 2018 Bassmaster Classic on Lake Hartwell, SC.

Don’t be surprised if it’s a young Lion from tiny Bryan College, they roared loudly and left Bemidji as kings of the jungle among college bass fishing’s very best. 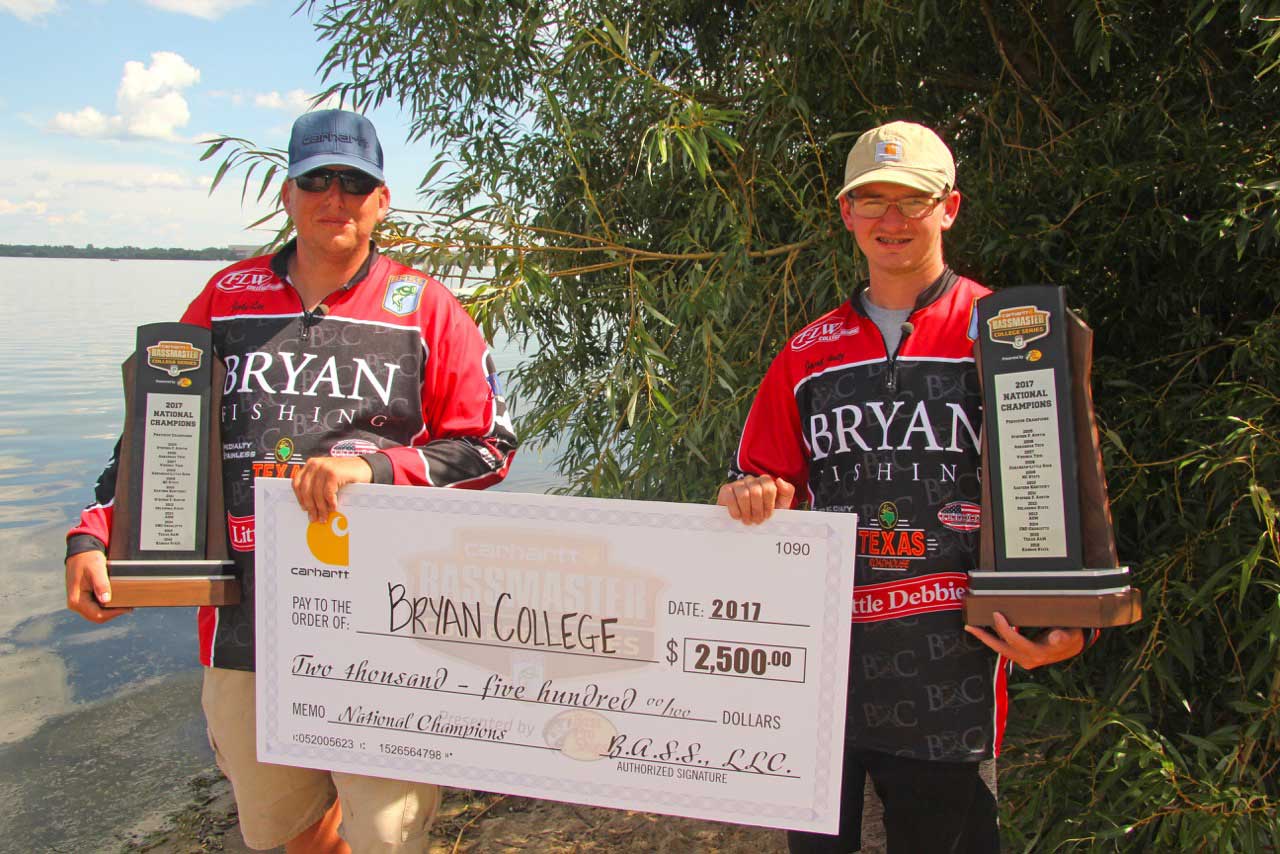