Bertrand gets a Toyota Bonus

Josh Bertand has told people for years that the St. Lawrence River is his favorite fishery. And even though he resides in Queen Creek, Arizona, a lot of Bertrand’s family heritage can actually be traced to the French who settled along the New York-Ontario shoreline that granted the sixth year pro his first Bassmaster Elite Series win. 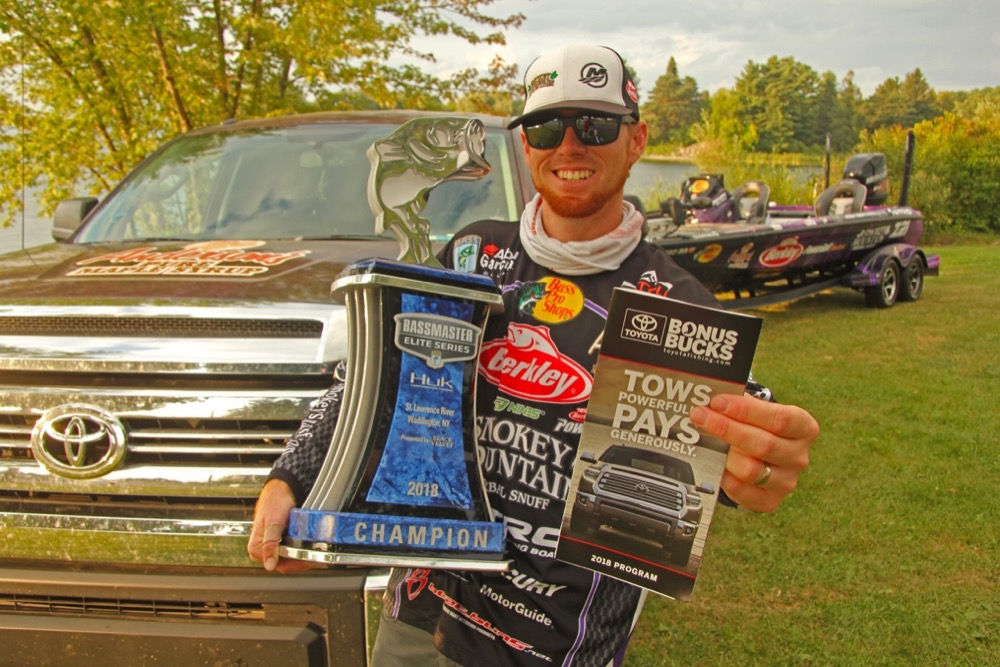 The always even-keeled Bertand also earned a cash bonus from the Toyota Bonus Bucks program because he was the highest finishing registered Bonus Bucks angler in the field, and he’s purchased three Tundras during his impressive young career.

“The biggest reason I love a Toyota Tundra is for its reliability,” says the 29-year-old Bertand. “The last thing I want to worry about as a pro angler while making super long drives, is a mechanical failure with my tow vehicle. But I also love the comfort my Tundra affords on those long commutes, and it has a pretty tight turning radius that helps a lot too when you’re towing a 21-foot Nitro.”

Fans who watched the final day weigh-in showcasing Bertrand’s win couldn’t help but be impressed with the amount of class, character, and friendship shown to him by fellow competitor, Justin Lucas.

Lucas finished second to Bertrand by barely more than a pound, but because he drives a Tundra and registered for Bonus Bucks, he will win the second highest finisher’s cash bonus from Toyota.

Next up, a battle between the two longtime friends and Western U.S. natives for a shot at the 2018 Toyota Bassmaster Angler of the Year title at Chatuge Lake, Georgia. And no matter who wins the coveted year-long points title during the September week along the mountainous GA-NC border, one thing’s for sure – it’ll be a really good guy towing with a Tundra.

You don’t have to be an Elite Series pro to win the “Bonus Bucks” – you just have to be a registered participant in the Toyota Bonus Bucks Program, and be the highest-placing participant in any of the dozens of tournaments supported by the Program. To learn more and get signed-up, please visit www.toyotatrucksbonusbucks.com or phone (918) 742-6424, and ask for Kendell and she can also help you get signed-up.