As a tight end for the Dixie Hornets in rural South Carolina, 2015 Bassmaster Classic Champ Casey Ashley didn’t get to touch the ball much. 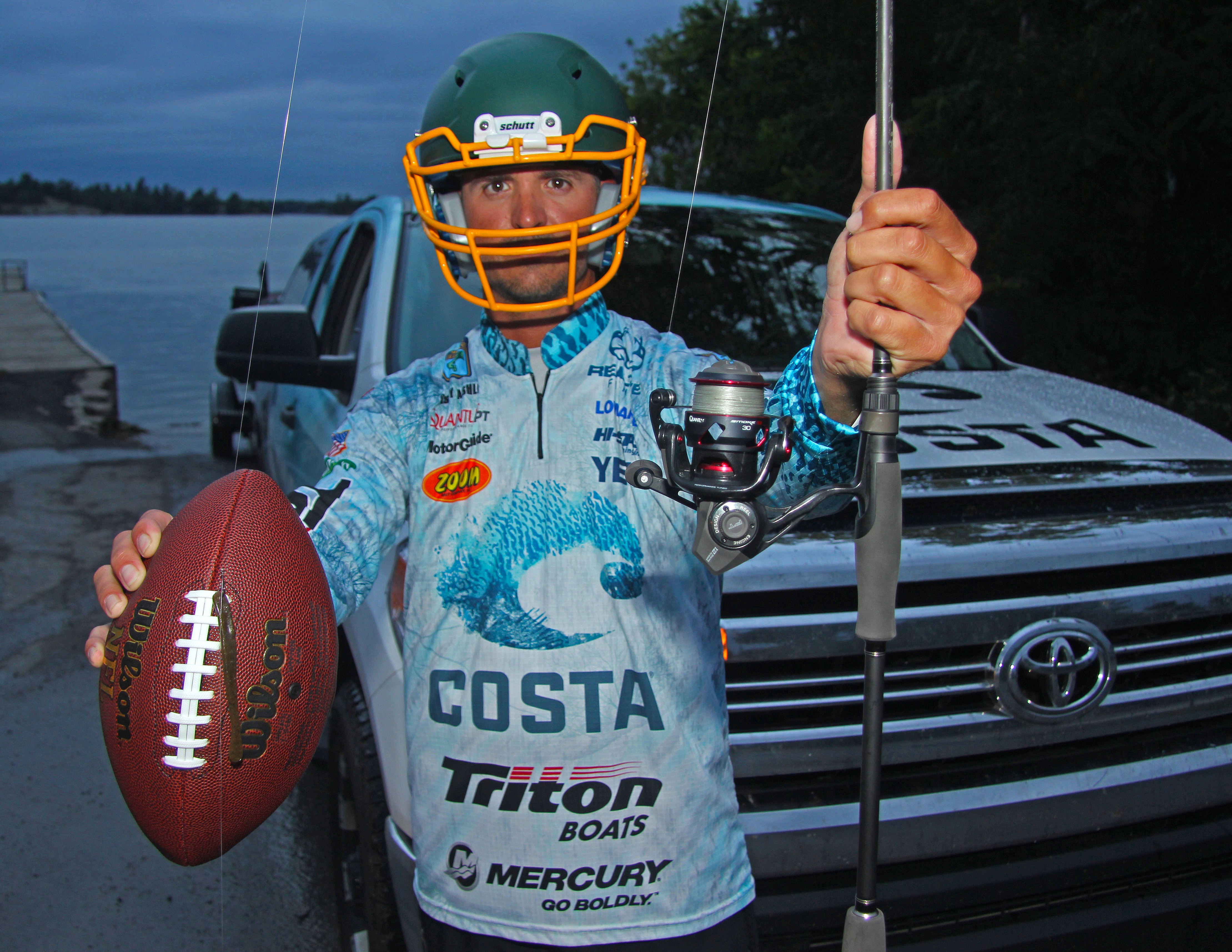 “We ran the wishbone all the time, so my job was to block,” says Ashley. “Every team in the county knew what play we were gonna run next, but the tough part was stopping us.”

After two full days of practice at the 2018 Huk Bassmaster Elite on the St. Lawrence River separating New York and Canada, Casey has already had his hand on several footballs — big, fat, bronze colored footballs with fins, better known as smallmouth bass.

“I ain’t gonna lie, I’ve already touched a handful of smallies over 4-pounds, and I think a whole bunch of other pros probably have too,” grinned Ashley. “I actually think the fish have gotten bigger on the St. Lawrence since we competed here last summer.”

The Quantum pro had no problem putting his guitar picking paws around a Wilson football on the shores of the Chippewa Bay boat ramp, however, getting ahold of the St. Lawrence’s beefy smallmouth has been far more challenging.

“I’ll put it to you this way, there were a few fish I tried to grab here in practice that were way too strong, and way too thick to get a handle on. You may not catch tons of fish here, but I’ll promise you, when you get a bite, there’s a real good chance it’ll be a ‘football’.”
In much the same way the Dixie Hornets didn’t disguise their offensive tendencies, Ashley doesn’t hide his love of the St. Lawrence River.

“I love this place, because even though I consider here and Lake St. Clair to be the two greatest smallmouth fisheries we compete on, this place also offers some pretty strong largemouth fishing too,” says Ashley.

Last year, Ashley notched a Top 12 here with a mixed bag of smallmouth and largemouth. Now, with four Quantum size 30 spinning reels and nine baitcasting reels on the front deck, it’s obvious he’s sampling a wide range of the diverse habit offerings on this primary shipping channel connecting the Great Lakes and the Atlantic Ocean.

And as for Ashley’s favorite high school football memory from back in 2002… well, that’s pretty clear too. “We beat a team nobody thought we could. They were our archrival, Calhoun Falls, and they had a running quarterback we nicknamed ‘White Shoes’ – man, that sucker was fast,” grinned Ashley, still shaking his head with admiration 16 years later.

Maybe even faster than a 5-pound St. Lawrence “football” screaming drag from a spinning reel on 7-pound test, perhaps.