BIRMINGHAM, Ala. — A big week for the TNT Fireworks B.A.S.S. Nation got even better today as B.A.S.S. announced an expanded Nation schedule for 2020.

After holding three regionals this year, B.A.S.S. Nation will hold five next season, with events in the Southeast, Western, Central, Northeast and Northern regions of the country. 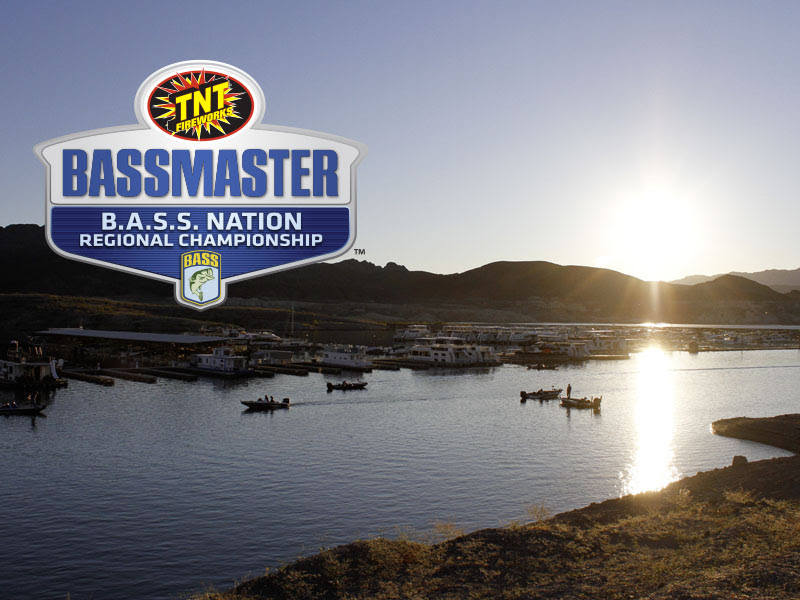 The 2020 TNT Fireworks B.A.S.S. Nation is expanding to include five regional championships, including a new Western regional on Lake Mead in Henderson, Nev., on April 29-May 1. Photo: Ronnie Moore/B.A.S.S.

Each event will provide opportunities for everyday anglers to qualify for the 2020 TNT Fireworks B.A.S.S. Nation Championship, which is scheduled for Nov. 11-13 on Pickwick Lake in Florence, Ala.

“As we’ve seen in the past with anglers like Paul Mueller and Brandon Palaniuk — just to name a couple — the B.A.S.S. Nation can be the gateway to a career in professional fishing,” said B.A.S.S. Nation Director Jon Stewart. “Once you reach the Nation Championship, you’re fishing for a chance to fish in the Bassmaster Classic, and we’re excited this year to offer even more chances for anglers to do that.

“We truly believe this is one of the best schedules we’ve ever put together.”

The schedule will kick off with the Southeast Regional on Florida’s Lake Okeechobee on Jan. 29-31. That legendary fishery, which has hosted 22 major B.A.S.S. events, should be in prime form as its giant largemouth population heads to the shallows to spawn.

From Florida, the schedule will shift to the Western Regional at Lake Mead in Henderson, Nev., on April 29-May 1. Lake Mead was the site of the first Bassmaster Classic back in 1971.

The schedule will then work its way back East with the Central Regional at Toledo Bend Reservoir in Many, La., on May 28-30. Toledo Bend has hosted 18 major B.A.S.S. events and was ranked No. 1 on Bassmaster Magazine’s annual list of 100 Best Bass Lakes for back-to-back years in 2015-16.

“I don’t think you could ask for a better start than those three,” Stewart said. “Not only do you have great fishing, but you have some incredible history with three fisheries that have meant a lot to B.A.S.S. through the years.”

The schedule will swing to the upper regions of the United States with the Northeast Regional at Lake Erie/Presque Isle Bay in Erie, Pa., on June 24-26. Then, the final regular-season event will be held at picturesque Lake Vermillion in Tower, Minn., on Aug. 26-28.

“The B.A.S.S. Nation means so much to so many different people,” said B.A.S.S. CEO Bruce Akin. “For weekend anglers, it is a chance to compete for big money on a big stage. Then for those anglers who aspire to fish professionally, it can certainly be a great stepping stone for that.”

The 2020 B.A.S.S. Nation Championship on Alabama’s Pickwick Lake will be made up of qualifiers from all five regions, as well as international qualifiers from 11 foreign countries. The Top 3 anglers from the overall standings — both boater and nonboater divisions — will earn a berth to the 2021 Academy Sports + Outdoors Bassmaster Classic presented by Huk.

The winner of the 2020 B.A.S.S. Nation Championship will also receive paid entry fees into the 2021 Basspro.com Bassmaster Opens Series division of the angler’s choice and use of a tournament-ready Nitro or Triton boat.

Many aspiring pros have seized the opportunity to qualify for the Bassmaster Elite Series, including 2018 B.A.S.S. Nation Championship winner Randy Pierson of California.

About B.A.S.S.
B.A.S.S. is the worldwide authority on bass fishing and keeper of the culture of the sport, providing cutting edge content on bass fishing whenever, wherever and however bass fishing fans want to use it. Headquartered in Birmingham, Ala., the 510,000-member organization’s fully integrated media platforms include the industry’s leading magazines (Bassmaster and B.A.S.S. Times), website (Bassmaster.com), television show (The Bassmasters on ESPN2 and The Pursuit Channel), radio show (Bassmaster Radio), social media programs and events. For more than 50 years, B.A.S.S. has been dedicated to access, conservation and youth fishing.