3 Lures Elite Series Pros Will Use on the St. Lawrence

Tyler Robinson just finished competing at the Carhartt Bassmaster College Series National Championship in sweltering hot Oklahoma, but he was raised on the cool banks of the St. Lawrence River in Waddington, NY, home to this week’s Bassmaster Elite Series event. 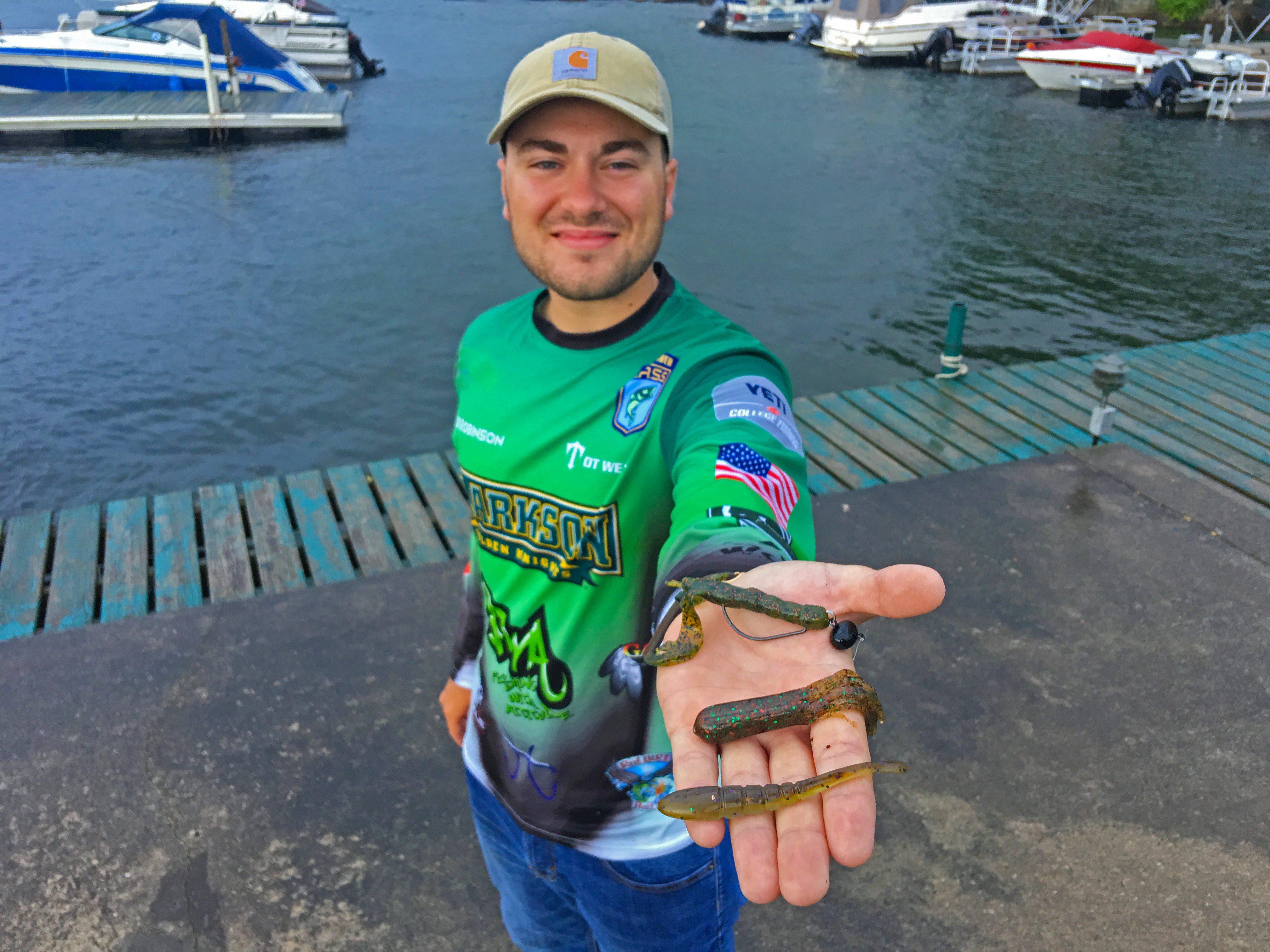 While both largemouth and smallmouth will cross the scales in Waddington, it’s the “bronze bombers” that make this fishery so phenomenal, and Robinson says keeping your lure in contact with the bottom is nearly always the dominant pattern.

“We literally fish from 5 to 50 feet deep here for Smallmouth depending on the time of year, but most days it’s about keeping your lure bouncing across the natural boulders, humps, and white sandy patches on the bottom of the river,” explains Robinson, who first fished the St. Lawrence in his Grandpa McCann’s little aluminum boat.

The environmental science and policy major at nearby Clarkson University graciously offers fans a look at three types of lures likely to play a strong role in what promises to be a late summer slugfest near his hometown.

If there were ever an “official lure” on the St. Lawrence River, it would likely be the drop shot. Pros will choose a wide variety of finesse plastics to decorate the rig of Japanese origin, but Robinson chooses a 3.25” Spirit Shad made locally by Gajo Baits.

“If I had to choose two drop shot weights for the rest of my life, it would be ¼ and ½ ounce,” says Robinson. “Most of the time, because the river has strong current, and we’re fishing fairly deep, the ½ ounce weight is best.”

Long before the drop shot took over as king of the St. Lawrence smallmouth world, the tube was the lure of choice, and Robinson says it’s still a huge player.

He stuffs a ½ or ¾ ounce lead jig head into the hollow body of the popular 3.5-inch offering, again emphasizing the need to maintain constant contact with the river bottom.

Craw on a pivoting football head

This lure is for sure the new kid on the block that originated largely with Tommy Biffle’s Gene Larew HardHead just a few years ago. Robinson uses a 5/8 ounce hinged football head and decorates it with a crawfish imitator. Interestingly, he ties it to 10-pound test, on a baitcasting reel.

So what pros is the college kid picking to do well?

“If I’m picking a fantasy fishing team, the first guys I’d choose would be Jonathon VanDam, Brandon Palaniuk, Seth Feider and Brock Mosley,” says Robinson, who is actually doing his summer internship at the Moses-Saunders Power Dam that helps supply electric to the region roughly 30 miles downstream from the B.A.S.S. venue.

Robinson says fans can expect to see several limits over 20 pounds, and a couple limits in the 25-pound range. He’s likely accurate. And many of those big limits will be caught on lures similar to the ones he’s showing you here.